The U.S and the European Union are about to begin the latest round of negotiations towards the proposed Transatlantic Trade and Investment Partnership. Many argue that the agreement could have considerable economic and political benefits on both sides of the Atlantic. Controversy has erupted, however, over plans to include investment protections provisions typically used in agreements with developing countries. The House of Lords yesterday released its recommendations to the British government about the agreement. It is largely sympathetic to including investor-state arbitration in the agreement, but only on one condition. Lauge Poulsen, who gave evidence to the House of Lords’ hearing process, reflects on the report.

Should it be up to three private arbitration lawyers to determine whether the British government should pay compensation to American investors for public regulation? Should British investors dissatisfied with federal or state level regulations in the United States be allowed to avoid American courtrooms? The UK’s House of Lords thinks so. That was the message in a report issued yesterday about the Transatlantic Trade and Investment Partnership, which is currently under negotiation.

But there is a caveat. The most passionate proponent who appeared before the House of Lords sub-committee was a representative of the arbitration community. Although the report shares some of his views, it goes on to say that proponents of investment arbitration have “yet to make a compelling case.”  Even if the American government agrees to water down its provisions from previous investment treaties, proponents still need to provide “evidence that the UK could attract more investment from the US by signing up to such provisions.” As I noted during the hearing process and discuss below, no such evidence seems to exist. But first some background.

Thousands of investment treaties already allow foreign investors to file claims against sovereign governments in front of international tribunals. As a result, governments around the world have found themselves subject to often far-reaching international arbitration claims about their environmental regulation, public health regulation, financial services provision, and other areas of sensitive government intervention.

Most claims are against developing countries. But in recent years, developed countries have been sued as well. Phillip Morris has filed a claim against Australia for its plain packaging regulation based on the Hong-Kong Australia investment treaty. Whereas Australian courts initially dismissed the claim, private arbitrators now get a chance to second-guess the decision – this time based on separate treaty rights rather than Australian law. As a result of the claim, New Zealand decided to postpone plain packaging regulation. 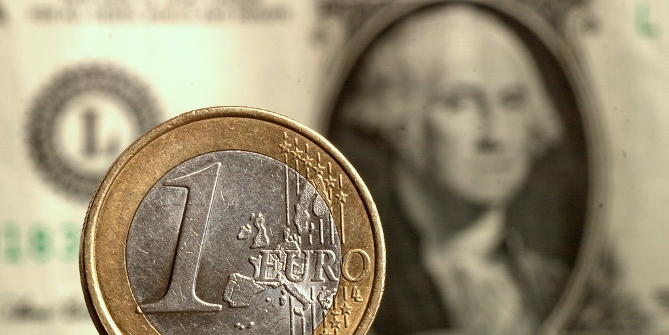 Swedish energy giant, Vattenfall, has filed two suits against the German government based on the Energy Charter Treaty. The first claim was settled by allowing Vattenfall to proceed with operating a coal-fired power plant based on less stringent environmental requirements than intended by the German authorities. In the second claim Vattenfall is asking for about €700 million in compensation for Merkel’s decision to phase out nuclear power.

Canadian and American governments have been subject to numerous investor claims based on the North American Free Trade Agreement. In one claim against Canada, the settlement involved compensation of $16 million to an American investor along with a retraction of the environmental measure targeted in the dispute. These may be exceptional cases, yet they illustrate the breadth of the system and its ability to result in liability even for countries widely considered as business-friendly and well-governed.

Not surprisingly, the regime has attracted its fair share of critics. Questions arise whether arbitral tribunals, which typically consist of corporate lawyers, should have authority to rule on fundamental areas of public regulation. Even staunch supporters of free trade have questioned the prudence of providing foreign investors greater rights than domestic investors. Unlike the global trade regime, which is based on non-discrimination, investment treaties provide positive discrimination to already powerful multinationals and other international investors. This is more than difficult to justify on economic terms.

But at least proponents of investment arbitration have had a plausible justification for investment treaties signed between developed and developing countries: foreign investors occasionally need an independent forum to settle disputes with host governments, and in some corners of the world domestic courts are not up for the task. Few foreign investors would expect a fair hearing in local courts in Zimbabwe. No one would be willing to invest hundreds of millions of dollars in a Russian gas field if the only recourse to settle disputes with Putin were Russian courts. In such cases, some form of international recourse can be sensible.

But while courts in Western Europe and the United States may not always be perfect, they do not suffer from lack of independence and political interference. So why displace them with ad hoc arbitration panels consisting of private lawyers with no real opportunities for appeal? Although the risk that developed countries lose investment treaty disputes may not be large, why run it in the first place?

In Washington, it seems, concerns exist about the investment climate in poorer members of the EU. Yet the United States already has bilateral investment treaties with most Eastern European member states and American investors can always be encouraged to take up an insurance against political risks or negotiate individual contracts allowing for international arbitration.

In Europe, some officials realize investment arbitration is unnecessary in a transatlantic deal but believe it is important as precedent for future negotiations with China. Yet, Beijing has been one of the staunchest promoters of investment treaties in recent years to protect outward Chinese investments. So it is hard to see why the investment climate in China justifies giving American investors alternatives to European courts.

The same can be said about the argument that it is hypocritical to ask only developing countries for investment arbitration. The main justification for investment arbitration has always been the need to substitute for dysfunctional domestic legal systems. The provisions in NAFTA, the North American free trade agreement, were initially intended for foreign investors operating in Mexico – not the United States or Canada. The provisions in the Energy Charter Treaty were intended to provide added protections to investments in Eastern Europe and Russia – not a country like Germany.

Investment treaties between developed countries remain rare. This is not surprising, as you need very strong justifications for displacing tenured judges with private lawyers. In well-developed legal systems such justifications are not there, as there is no systematic discrimination against foreigners. That is why proponents of investor-state arbitration have yet to provide a “compelling case” for including investment arbitration in the transatlantic agreement.

The gains of a free trade and investment area across the Atlantic do not depend on investor state arbitration. When the United States and Australia negotiated an investment agreement they agreed to exclude provisions for investor-state arbitration. Washington was hesitant, but couldn’t argue against the Australian position that no American investor would find Australian courts inherently biased or subject to political involvement. Australia also recently entered into an investment treaty with Japan without recourse to investor-state arbitration. Why not follow the same example in the transatlantic agreement? Why is it necessary to give foreign investors the right to evade European and American courts?

Note:  This article gives the views of the author, and not the position of USApp– American Politics and Policy, nor of the London School of Economics. The author would further like to stress that while some of the comments here are based on a co-authored report to the Department of Business, Innovation and Skills, they should not be taken as reflecting the opinion of BIS.