Last week saw California in the midst of an electoral recount, requested by the former Speaker of the House of the California State Assembly, John A. Pérez, who narrowly lost the second place spot in the June ‘top-two’ open primary for the state controller’s office to fellow Democrat, Betty Yee. Kim L. Nalder writes that while Pérez has since called off the recount, the way in which it was pursued illustrates the absurdity of the system, which gives a clear advantage to the superior fund raiser, rather than the candidate with the most votes. She argues that the state’s primary system is ripe for reform, and that California should follow the other twenty states which have adopted state-funded automatic recount systems.

California’s election system is probably most famous for a voter recall of a sitting governor, providing the world with the unlikely election of one Governor Arnold Schwarzenegger in 2003.  Currently, though, California is receiving new notoriety as a state with a bizarrely unfair and ill-conceived vote recount system, which is in the public spotlight thanks to an extremely close statewide primary election race for state controller (the state’s chief fiscal officer). The recount rules are almost comically unfair, giving a strategic advantage to the candidate with the deepest pockets and the campaign most willing to game the system. 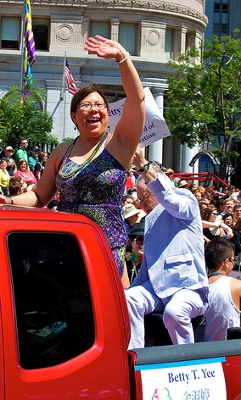 Californians passed a statewide initiative (Proposition 14) in 2010, allowing for the top two vote-getters in the spring primary race to advance to the fall general election, regardless of party affiliation.  In June’s primary voting for state controller, Republican Fresno Mayor Ashley Swearingin received the most votes, ensuring her a spot on the November ballot, while two Democrats, Betty Yee, and John A. Pérez emerged in a virtual tie for the second spot.  Yee, a well-regarded member of the State Board of Equalization, was officially declared the second place finisher by a mere 481 votes out of 4 million total cast.  Not content to concede quietly, Pérez, the former Speaker of the House of the California State Assembly, requested a recount.  Though he officially called off the recount a week later, the way in which it was pursued revealed the patent absurdity of the system.

You see, California has no provision for a government funded automatic statewide vote recount in very close races.  That would be reasonable, fair, and democratic.   California’s law, on the other hand, allows a candidate, (or actually any registered voter) to  get a manual or machine recount in any county or counties, or even more specifically, any voting precinct within a county that they choose. The catch?   They must pay upfront day by day for the recount labor costs, and if they are a candidate, it comes out of campaign funds.  They can also abruptly stop the recount once the tide has turned in their favor, or if they run out of money or will, and those new numbers stand.  The amount of money needed varies and is determined by each county, which calculates it on the fly.  The mess this all creates virtually ensures a lengthy court battle.

Pérez, no political novice,  cherry- picked 15 of 58 California counties for a recount, and  specified precincts within those counties that have a much higher than average Latino population, and on average, a lower proportion of Asian American voters, and most tellingly, where his margin of victory was greatest.  This approach was smart, in that, at least at the outset, it seemed most likely to yield additional votes. However, in the week of recounting Pérez narrowed Yee’s lead by only a handful of votes.

Those additional votes were expensive.  Pérez strategized by requesting that the recounting start in Kern and Imperial counties,  where costs were relatively low (costing him, for example, $4,019 per day in Kern county) and proceeding sequentially to the remaining requested counties,  targeting the areas with the highest likelihood of success.  Yee had a smaller war chest heading into this election, leaving her at a disadvantage should she need to request her own targeted recount, which she likely would have if the numbers had flipped.  In this way, the current system gives a clear advantage to the superior fund raiser, rather than the candidate who simply managed to garner the most legitimate votes statewide.

Making matters worse, there is no official deadline in the law for completion of the recount, and the Secretary of State’s office predicted that it may not have been completed until after the November general election had already taken place.  Counties were already bumping up against deadlines, such as the printing of the voter guide in August and the need to mail ballots out to military voters living overseas by September 5.  This situation is unprecedented and confusion abounded. 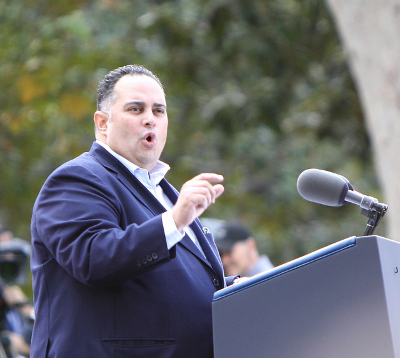 Pérez wisely chose to pull the plug on the effort on Friday as it became apparent that even a victory would not be deemed legitimate, and his own Democratic Party leaders in the state were pressuring him to put an end to the spectacle.  The California Democratic Party officially endorsed Yee a few days into the recount and gave her $50,000, which her campaign intended to spend on recount expenses.  The Democratic Party clearly preferred not to expend all of the energy and money necessary to navigate this internecine recount quagmire, and made that clear to Pérez.

Clearly this system screams out for reform.  Twenty states, plus the District of Columbia already have automatic recount systems in place in which a very close race triggers a recount.  In a state as large as California, the margin ought to be very close, perhaps one tenth of one percent, which would make it a rare occurrence.  These recounts should of course be paid for out of state funds.  The estimated $3 Million cost for a systematic, thorough, and fair state-wide recount is the least we can do as a state to ensure that elections outcomes are not determined by the candidate who can write the largest checks and best select favorable precincts to recount.

One bright spot?  This absurd system may have finally gotten the negative attention it needed. A Democratic member of the state legislature, Kevin Mullin, has already announced his intention to introduce recount reform legislation when the legislature returns from summer recess. Perhaps then another thing California is known for – perennial reform and reinvention– will once again come to the fore.