Last week, the incumbent Governor of New York State, Andrew Cuomo defeated his primary opponent, Fordham Law School professor Zephyr Teachout.  Richard Brodsky writes that Cuomo only ‘eked out’ victory, given his much larger campaign spending and voters’ familiarity with him. He argues that despite his progressive record on social and identity issues, Cuomo’s adoption of Republican economic ideas, along with a series of ethical and personal missteps, allowed Teachout to make gains that built on Democrats’ discontent with the incumbent.

But perceptions and realities lie close together in this business. He did win handily and he is damaged. It is a circumstance wholly of his own making and it is a cautionary tale for those thinking or running for president in 2016. 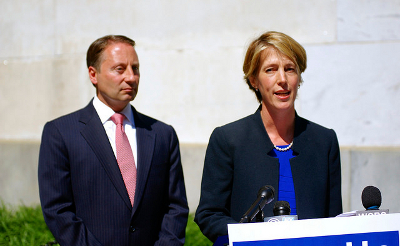 It never should have been anywhere this close. He has a $30 million war chest; she had a couple of hundred thousand. He was universally known by voters and mostly liked, she was completely unknown. The political class was in abject fear of his tactics and unwilling to do anything to incur the Wrath of Cuomo. Most editorial boards were with him. Two things combined to undo all this. He adopted Republican economic ideas; he got everyone mad at him personally.

The most important, and the far-reaching lesson, is that Democratic voters care about economic policy. The Party of FDR and the New Deal will not sit on its hands when leaders adopt Republican/Tea Party austerity. Cuomo cut the estate tax for a few thousand wealthy families, cut income taxes for those making over $300,000, repealed the bank tax, imposed property tax caps, cut education spending, bashed public sector unions and pumped hundreds of millions in subsidies to large corporations. Democratic voters are moving over to income inequality and adequate government investment. They are economic progressives, not austerity bugs.

No matter that Cuomo was a trail-blazing progressive on social and identity issues. Gay marriage, gun control, abortion rights; he was way out front and got things done. He had a “progr-actionary” strategy and new kind of triangulation that posited a national candidacy on leftleft social issues and rightright economics. It fell flat on its electoral face.

This substantive discontent was heightened by a set of ethical and personal missteps. He stepped out as the great reformer, created an investigative commission intended to get at the legislature, and summarily disbanded it when it decided to look at his $30 million in fundraising. Editorial boards were angered, and surprisingly surprised. Cuomo’s attempts to fight back got him the unfavorable attention of the US Attorney for New York, Preet Bharara. Then he picked a running mate in Kathy Hochul who was not on the same page on guns and immigration. He pretended there was no primary campaign. He waffled on fracking. He embraced charter schools. Substantive discontent morphed into an unfavorable view of his character.

Teachout seized on this. She’s smart, articulate, all in all an attractive candidate. A few unions endorsed her. She got good press. She opposed his tax caps and budget cuts. Voila.

He will shake off a good deal of this in November. His Republican opponent, Rob Astorino, is further to the economic and social right than he is, and disaffected Dems may stay home, but they won’t vote Republican. One kicker: The US Attorney is in the middle of a real investigation of Cuomo’s interference with the investigative commission. An unfavorable outcome in October puts everything in play.

The real lesson isn’t complicated. Ideas still matter. Tea Party economic don’t work and Democratic voters want a focus on income inequality, not corporate supply-side tax cuts. “Progr-actionary” politics are not likely to do well in presidential primaries. And, on the personal side, fear has its limits as a governing principle.

A version of this article originally appeared at the Huffington Post.

Richard Brodsky – Demos & NYU Wagner
Richard Brodsky served 14 terms as a New York State Assemblyman, retiring in 2010.  He is currently a Senior Fellow at Demos, a progressive think tank in New York City, and a Senior Fellow at New York University’s Wagner School of Public Administration.  His years of public service focused on government reform, environmental protection and economic policy.  He is also a lawyer and a journalist.