For many, the internet and social media is a double edged sword. On one hand it can bring people together to socialize, discuss, and collaborate in ways unthinkable mere decades ago. On the other, it can expose us to abuse and harassment from complete and often anonymous strangers, with teenagers especially at risk. But does having a social media profile make it more likely that teenagers will be harassed online? Using national survey data of teenagers and their parents, Anirban Sengupta and Anoshua Chaudhuri find that demographic and behavioral characteristics of teenagers are stronger predictors of online abuse than simply having an online profile. They find that girls and those who post large amounts of personal information online are more prone to online harassment.

Alongside the rise in the popularity of social media, such as Twitter, Facebook, Instagram and others, media reports of incidences of abuse on the internet, particularly among teenagers, are growing, and at an alarming rate. Many studies have pointed to social networking sites and the increased use of the internet as a source of teen harassment.

To protect teenagers from being bullied and abused in the cyberspace, there have been calls for restrictions on youth access of the internet with the hope that such restrictions may reduce the intensity of risky behaviors. In some cases, harsher consequences have been introduced to dissuade bullying and harassment of teenagers by peers and strangers. For example, the state of California enacted a new law in 2009 based on AB 86 that added cyber-bullying to school disciplinary codes and gives school officials the authority to suspend or expel students for bullying fellow students electronically.

Using data from the 2006 round of the Internet™ American Life Survey, our study identified key factors associated with cyber-bullying and online harassment of teenagers in the United States. Our results fail to support previous claims that having social networking site memberships is a strong predictor of online abuse of teenagers. Instead, we find that the demographic and behavioral characteristics of teenagers are stronger predictors of online abuse. Girls are more prone to online harassment and teenagers who post large amounts of personal information online tend to become easy targets.

Cyberbullying is a prevalent problem – and it is growing

A recent meta-analysis of peer-reviewed journal articles on cyberbullying has found that almost one out of four teens experience cyberbullying, as Figure 1 illustrates. Cyber bullying is not just harassment through social networking sites on the internet but can also occur through the use of cell phone apps, text messages and emails. Teen girls are more likely than boys to be bullied and cyberbullying is strongly correlated to other social and psychological problems.

Our study is based on Pew survey data of 935 teens between 12 and 17 and their parents that were asked a variety of questions about their online awareness and activities. Figure 2 shows that those teenagers in the survey group who had profiles on social networking sites (SNS) were more likely to be harassed online. But does this harassment occur solely because teenagers have an online profile?

The results suggest that teens that use their computers privately and away from their parents are more likely to be bullied. Installing a monitoring system in the computers does not seem to have any significant association with the likelihood of being harassed or bullied for those who access social networking sites. These results emphasize the importance of parents’ interaction with their teenage children. Installing monitoring software or devices may not be as crucial as discussing with their children the potential dangers associated with using the internet.

Other recent research has looked further into the suggestion that amount of information revealed and manner in which teens interact on the internet are strong predictors of cyberbullying. Internet addiction and excessive use have been found to be a cause of online harassment. This research has produced evidence on an international scale, looking further into health consequences and gender differences. Victims of cyberbullying as well as its perpetrators are teens that report poorer subjective health and greater depressive symptoms compared to others. The worst health among boys is reported by those who are victims and by those who are both cyberbullied and cyberbullies, whereas the worst health among girls is reported by those who are victims only. This difference is plausible as externalizing problem behaviors are more common among boys than girls.

The internet is here to stay and it is our societal responsibility to educate teenagers to use it responsibly and wisely. School officials are encouraged to report bullying cases or take action before it becomes a major problem. But there seem to be few easy answers. A 2010 law declaring cyberbullying as a misdemeanor crime was recently thrown out by the New York State Court of Appeals and Canadians are unsure of how to vote for Bill C-13, which would make it illegal to distribute intimate photos of people without their consent, despite a series of recent teen suicides as a result of cyberbullying.

This article is based on the paper, “Are social networking sites a source of online harassment for teens? Evidence from survey data”, in Child and Youth Services Review. 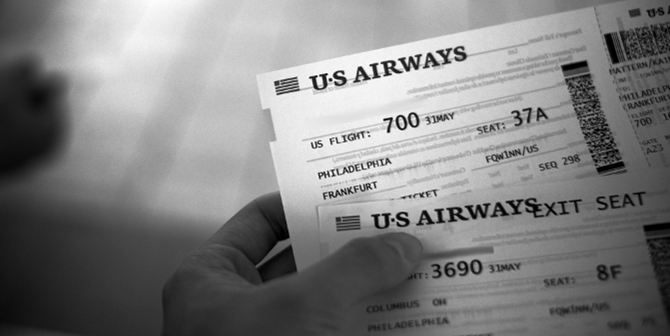