Virtual Economies provides a comprehensive and thought provoking view of how economics is much more than its academic definition and how virtual world economies could be a starting point for rethinking the problems of the real world economies. This is an excellent and understandable approach to a dynamic and timely topic, writes Clare Chambers-Jones.

In Virtual Economies, Vili Lehdonvirta and Edward Castronova use the design of virtual economies in digital games as a starting point for rethinking real world economic issues. Virtual world economies are slowly becoming accepted among academics, governments, and general society as tangible and real. By producing such a fascinating book on how best to design virtual world economies, the authors show that economics can be fun and interesting, and that this is a topic worthy of more academic focus.

For unfamiliar readers, virtual worlds, like Second Life, offer many possibilities to those who enter them. Residents of these worlds can and do use real world money to facilitate their lives there. Virtual worlds are real and present spaces where social interaction, educational activities, and spiritual and artistic pursuits can take place. Many of the more sophisticated virtual worlds offer residents their own economic system in-world. Second Life has its own monetary exchange, its own currency(Linden Dollars), and a thriving economic market.

Lehdonvirta and Castronova outline a tool-kit of good practice for game designers when creating new virtual worlds and their respective economic systems. By using this as a starting point and by avoiding the pitfalls of established real world economic systems, developers can create a new breed of markets which may over time be more successful than real world economies.

In recent years, the media has covered the growth of cryptocurrencies, such as Bitcoin, but this coverage has mainly documented the criminal and fraudulent side of the exchanges rather than the economic advantages that new currencies can offer. In the chapter “Money”, Lehdonvirta and Castronova demonstrate how the digital currency’s strength is also its weakness: Bitcoins are an unregulated virtual currency but they are also limited and therefore their worth is directly related to their supply. They can be bought and sold for what the market is willing to pay. Although criminal activity has taken place around the currency in terms of the exchanges, Bitcoins are a relatively safe currency. Its application is also able to guide other virtual currency designers in the creation of a currency which is competitive, able to integrate different monetary features, and, most of all, provides monetary innovation. 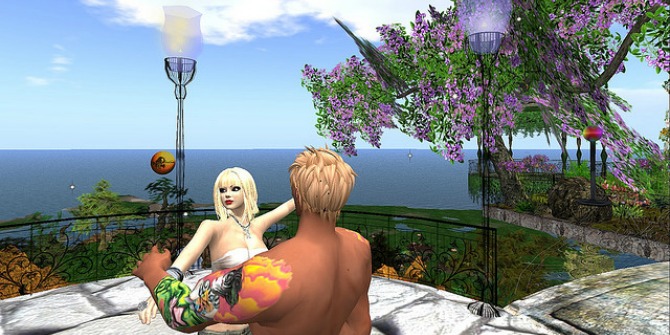 To understand the need of a virtual world currency it is a good idea to go into a virtual world and ‘live’ there for a while. You will soon notice that other ‘residents’ wear different clothes, have the ability to change their appearance, have different powers or abilities, and can furnish their homes individually. All of these adaptions to the basic world are created by having a monetary system. Without money or an economy a virtual world would be a bland environment created by the developers with little variances between residents. The essence of a virtual world is the ability to make the world bespoke to the user. A virtual world without money would have to rely on the old fashioned ‘barter’ system. As in the real world, bartering is a precursor to creating the need for money.

Lehdonvirta’s and Castronova’s examples of how to design effective money in a virtual world are simple and yet very effective. They refreshingly propound that there are no differences between real and virtual money: “Both the US Dollar and World of Warcraft coins are fiat money” (p. 191). By accepting that virtual world money is just a digital form of money, the authors provide a realistic approach to the management and regulation of virtual currencies.

Taking an optimistic approach in their chapter “Why the Real World Needs Virtual Economy Design”, the authors discuss how virtual world economies could be used to help failing real world economies. Lehdonvirta and Catronova point to problems of financial crisis, stagnation, poverty and the environment as examples of flaws in the current economic model of thinking and application. They use the mental and social underpinnings within virtual worlds and consider their implications for the real world (p. 262). For example, the waste of consumables that occurs in everyday real world society demonstrates how materialistic society has become. Although there is a case for saying virtual worlds are analogous with materialism and consumables, the authors opine that there is a basic human need to own ‘things’ or property, but that virtual world consumables are different. The cycle of materialism that occurs within virtual worlds has no ecological impact on the world. The use of computers and the latest technologies of course does have an impact, but by the fact that consumables within virtual worlds are merely pixels on a screen, materialism does not have an impact on the environment, thus satisfying our human desires whilst not damaging the world.

The way in which human behaviour plays out in the virtual world could be used to inform the real world in other ways too. Virtual worlds allow relationships and trust to flourish in new environments, and exist without prejudice and presumption in many cases. Strip away the confines of the real and allow people and economies to flourish within virtual worlds and this may have an advantageous effect on the real world.

This book provides a comprehensive and thought provoking view of how economics is much more than its academic definition and how virtual world economies could be a starting point for rethinking the problems of the real world economies. This is an excellent and understandable approach to a dynamic and timely topic.

Clare Chambers-Jones – University of the West of England
Dr Clare Chambers-Jones is an associate professor in banking and finance law in the Business and Law Faculty at UWE. She specialises in areas of banking and finance regulation in the real and virtual world. Her work in cyberlaw for economics is paving the way for new areas of legal discussions. Her latest work is being published in 2012 by Edward Elgar. “Virtual Economies and Money laundering”.