The Senate’s recent report into the CIA’s interrogation methods has prompted new discussions on how the U.S. should be conducting intelligence gathering, and the level of Congress’ oversight. Glenn Hastedt writes that the report raises the prospect of a new era of intelligence politics characterized by a skeptical Congress that more tightly controls and challenges the intelligence community, as well as one of continued leaks. He also argues that concerns over short political time frames will continue to push the intelligence community to retroactively justify its actions.

The release of the Senate Intelligence Committee’s report on CIA interrogation methods earlier this month has stoked numerous political fires in Washington.  Following on the heels of the Snowden leaks many see the controversy over the issues raised in this report on such matters as the morality and legality of the CIA’s interrogation methods, their effectiveness, and degree to which the CIA deceived the White House and Congress (and perhaps itself) as raising the prospect of ushering in a new era in intelligence politics much as happened after Watergate and the Church Committee hearings.

Numerous obstacles stand in the way of this report producing such a major shift in the Washington politics of intelligence. Foremost among them are the highly partisan nature of politics in Washington that complicates assigning responsibility (or blame) and uncertainty over the extent to which the American public believes torture can be justified.  Still, it is possible to identify a number of changes in the politics of intelligence policy making that might take place and which could over time produce significant shifts in Washington.  Five potential changes stand out:

1. Trust but Verify. The long litany of instances where CIA officials made false or misleading statements virtually guarantees that future presidents will view information given them by intelligence community officials with increased skepticism.  Presidents can be expected to be more aware of the possibility that the briefs they receive may not have their best interests at heart.  One quick fix is to employ advisors who are well versed in intelligence issues and therefore capable of asking penetrating questions.  This was a role that current Director of Central Intelligence John Brennan played in the Obama White House prior to his appointment to that position.

The same holds true for Congress.  Even if the two oversight committees remain solid supporters of the intelligence community, Congress may become a more uncertain ally.  It has already demonstrated a willingness to do so when the House narrowly failed to block an amendment to a military appropriations bill preventing the NSA from conducting its phone data collection program by a vote of 217-205. 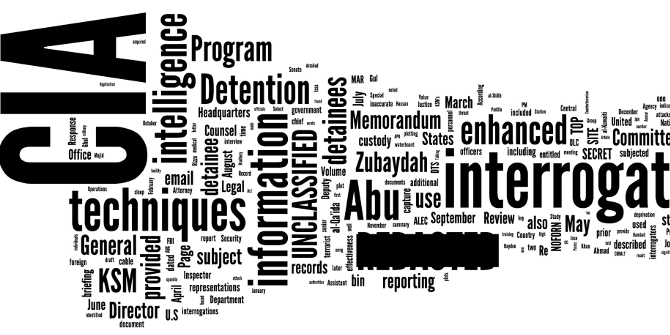 2. Tightened Control.  The Senate Intelligence Committee’s report can be expected to lead future presidents to ask if they do not also need to bolster their control over the formulation and conduct of the collection, analysis, and implementation of intelligence policy.  Recent appointments as CIA Director already reflect this philosophy and it would not be difficult to see future administrations use the logic of red team-blue team analysis and the need to further break down intelligence silos as a means of positioning the White House more centrally in the analytical process and covert action undertakings.  As the following point suggests, this thrust toward centralization of control in the White House also reflects the diminished credibility of the traditional “plausible denial” argument made by presidents on controversial intelligence community policies.

3. The New Politics of Intelligence Professionalism.  An unstated compact long governed American thinking about the civil-military relationship.  In return for their abstention from partisan politics, political leaders recognized the autonomy of professional soldiers in military matters.  Granted there were exceptions, such as a Douglas MacArthur venturing into the political arena and a Robert McNamara making military policy decisions, but up until the search for lessons (and scapegoats) for Vietnam the compact largely held intact.

The pre-emptive mobilization of intelligence professionals in defense of the CIA signals a coming to the end of a similar compact between intelligence professionals and political leaders.  This compact has long been under stress.  Policy makers repeatedly blamed the intelligence community for lack of imagination, failing to connect the dots, or engaging in excessive compromises in producing intelligence estimates rather than admitting the policy they pursued was flawed, driven by political considerations, or adopted in the face of intelligence presented to them.  Now confronted with the possibility that future “intelligence failures” can be expected to produce a coordinated, public, and vocal challenge to their policies, presidents and their advisers will prepare political counter measures of their own.

4. Expect More Leaks.  The contemporary political logic of intelligence accountability stresses a reliance on external oversight.  Congress and the courts are most heavily relied upon ensure that the intelligence community is conducting its activities in a lawful and appropriate fashion.  More recently it has been suggested that the press has become an important source of intelligence oversight.  Problems exist in each case.  Congressional oversight sometimes takes the form of police patrolling but more often than not it amounts to putting out fires.  Courts must wait for concrete cases in order to make decisions.  While the press has proven itself capable of drawing the public’s attention to intelligence problems by publishing leaks it also runs the risk of being manipulated by those with agendas that do not serve the public interest.

Internal oversight has not been completely ignored as efforts continue to strengthen whistleblower protection programs.  Yet, here too problems exist.  First and foremost, whistleblower protection covers raising matters of illegal behavior not policy disputes.  The Senate Report documents numerous instances where voices of concern were raised within the CIA over the interrogation program but no formal action was taken by those raising objections.  Given the multiple justifications for the interrogation program put forward by the Bush administration and the absence of congressional action to end the program those opposed to the program had little reason to go down this path.

With little evidence that these oversight mechanisms either individually or collectively hold the potential for providing systematic oversight of the intelligence community, leaks will continue to be a principal source of information about the secret activities of intelligence agencies and as with other forms of protest, with each new episode of leaks threats of punishment, ostracism, and retaliation begin to lose their deterrent powers.   An alternative future exists here too:  rather than produce calls for added oversight frequent leaks may have the effect of numbing the public and reducing pressures for reform since these actions now seem commonplace and not aberrations.

5. Political Time. Each of the above points highlights possible new dimensions of the Washington politics of intelligence.  It is also possible that in the future the politics of intelligence could be played out against a new evaluative standard or reference point:  political time.  The concept of political time directs our attention to the underlying political dynamics in which decisions are made.  It can provide opportunities for consensus building, the search of alternatives and reflection or it can constrain and force action by raising fears of inaction or blocking off alternatives.  Central to these fears is a combination of incalculable but perceived to be negative consequences of inaction and to the impact of action on one’s political fate and reputation (“not on my watch”).

Running throughout the Senate Intelligence Committee’s report is a sense of constrained and limited political time that led to questionable action.  The CIA put out calls for identifying potential detention sites three days before it was authorized to capture and hold suspected terrorists.  A similar pattern of haste was evident in the decision to reach out to James Mitchell and Bruce Jessen to organize and direct the interrogations.  Only some twenty four hours separated the CIA’s first contact with Mitchell and his hiring.

Political time alone does not preclude quality decisions nor make them impossible.  For example, early plans put forward by the CIA envisioned a detention and interrogation system based on the model of U.S. military prisons.  The key question for the future politics of intelligence will be whether short political time will continue to provide a retroactive justification for action or if the failure to recognize the dangers associated with it will serve as part of an indictment against those involved in the decision making process.