The book itself invites more exploration of American conspiracy theories while, at the same time, its theoretical framework can be used as the basis of future studies that will examine the concept in different countries. Both American history and conspiracy theories enthusiasts will find it interesting and useful, writes Michail Zontos. There was a time, during the 1990s, when the roots of all evil in the world had been plainly exposed in front of our very eyes. We had, at last, been taught that “the truth is out there” and that the government knows. It was the American government that held the truth in absolute secrecy and it was an American TV series, The X-Files, that turned many viewers worldwide into loving (whether adopting it or not) the act of conspiracy theorizing.

Although conspiracy theories have been part of popular discourse, throughout time, in almost every country, the American ones tend to grab our attention more frequently: One may recall the theories surrounding events such as the JFK assassination, the 9/11 terrorist attacks or the debate regarding President Obama’s country of origin. After all, as Joseph E. Uscinski and Joseph M. Parent provocatively state, the country was born within a mental framework that loved the idea: its own birth certificate, the Declaration of Independence, was “the original American conspiracy.”

The relation of conspiracy theories to American politics has been extensively studied since, at least, the publication of Richard Hofstadter’s seminal work The Paranoid Style in American Politics (1964). Yet, Uscinski and Parent, both associate professors of political science at the University of Miami, argue that the existing literature has failed to offer a general theoretical explanation of the phenomenon. In order to ameliorate this problem, their research addresses some crucial questions: who are the conspiracy theorists, why conspiracy theories are so popular in America, which groups tend to be accused of conspiring and which are the accusers, which is the role of conspiracy theories in American politics and why some theories resonate better than others. Their outcomes are based on careful examination of an impressive amount of empirical data: more than 100,000 letters to the editor of the New York Times and the Chicago Tribune, covering a period of 121 years, an opinion survey conducted in 2012 and related stories taken from the Internet.

What seems to be in accordance with the stereotypes, Uscinski and Parent underline, is that conspiracy theorists are, in general, outsiders. The authors do not use the term in a negative way. In their view, conspiracy theories “are an early warning system for group security.” In the domestic sphere, they are instruments that loosing sides of political conflicts use in order to protect themselves from power. This protective function makes sense: in the end, real conspiracies have existed and for many weak actors alertness is a protective strategy, even if it often ends up pointing at imaginary enemies. As a result, theories attacking conservatives and corporations as conspirators tend to be on the rise when the Republicans are in power. On the contrary, under Democratic rule, theories attacking liberals and communists of conspiring abound. So, in a democratic bipartisan system, supporters of both major parties can be in the losing side and the theories supported by underdogs resonate better. Fringe parties and minorities are more susceptible to this mentality, as they have less chances of acquiring power. In general, according to the findings, the most resonant conspiracy theories are the ones which accuse those in power. Yet, there is also a foreign element. When a substantial foreign threat poses a danger to the nation, most Americans turn their attention outwards. But it is only in cases of great power wars that successful conspiracy theories appear. The two World Wars and the Cold War are good examples here.

It is important to note that the authors do not look down upon conspiracy theorists. They believe that, to a certain extent, conspiracy theorizing is a normal phenomenon and can tell us a lot about politics and society. In the end, many great moments in American history had their own conspiracy theories. Before and during the Civil War the abolitionists accused the Slave Power of the South, during the Progressive movement of the early twentieth century Progressives charged the robber barons of conspiring against the common American, and the American revolutionists of the eighteenth century revolted against the conspiracies of the British crown. Of course, slavery, the concentration of trusts and the British imperial dominion were real facts, but it is also true that their opponents frequently used conspiratorial rhetoric in order to mobilize supporters. In sum, by understanding conspiracy theories, we can enhance our understanding of American history and politics in general.

Overall, American Conspiracy Theories is a timely and rigorous study that offers a fresh take on the concept. The sources are impressive and the argumentation convincing. Nevertheless, the potential reader should be warned that this is not a descriptive study of American conspiracy theories. Those looking to read the details regarding the theories surrounding the JFK assassination, the Roswell incident or the 9/11 attacks should search elsewhere. On the other hand, those interested in the causes of the phenomenon, its implications for American politics and society, and for political suggestions regarding how it has to be dealt with in a democratic system, will find the work fascinating. Moreover, it can be an important starting point for further research on the subject.

The book itself invites more exploration of American conspiracy theories while, at the same time, its theoretical framework can be used as the basis of future studies that will examine the concept in different countries. Both American history and conspiracy theories enthusiasts will find it interesting and useful. 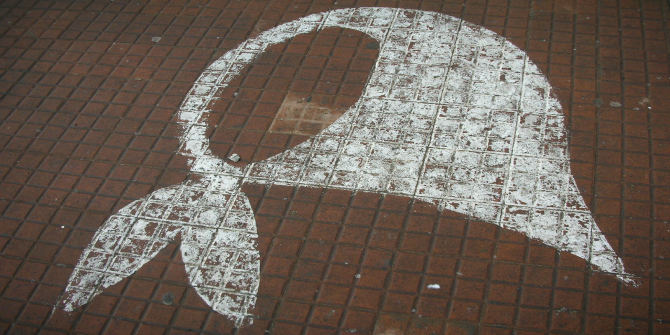 Compared to the recent record, Barack Obama’s presidency has been a successful one thus far.