On Wednesday this week in the Granite State, NH Labor News writes that Republican in the state House Finance Committee have voted to pass a mandate on cities and towns in New Hampshire which will require them to supply their own equipment to fulfil the camera provision of the state’s voter ID law which goes into effect in September. They say that the provision will be costly and may lead to long delays at the polls.

Heading south to Rhode Island, RIFuture.org comments on the state’s ‘absurdly high’ court costs charged to felons, with many having to pay thousands as well as going to prison. They say that for many of those convicted, post imprisonment parole supervision is further complicated by work commitments which can lead to further imprisonment and fines.

Hit & Run writes this week on plans afoot in the state of Connecticut to increase taxes further with increased levies on cigarettes, higher income taxes on the wealthy and the expansion of sales taxes all being discussed by state legislators. They say that many of the state’s residents may start to leave if taxes are pushed even higher. 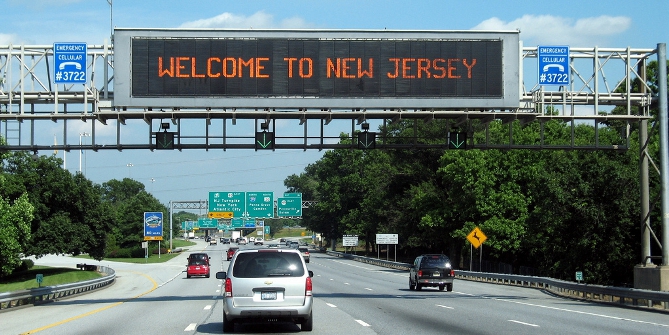 In New Jersey, America blog says that New Jersey has privatized its public water supply ‘in the worst way possible’. They say that the Water Infrastructure Protection Act, approved in February will increase water rates, decrease public control, and will lead to taxpayer subsidized revenues for corporations. Staying in the Garden State, Red State looks at another bill that Governor Chris Christie has signed into law which they say hurts consumers and protects a small monopoly. The new bill forces the Archdiocese of Newark to give up its lucrative business of marketing headstones and private crypts after lobbying from other small independent companies that produce monuments and crypts, who were concerned about being undercut by the tax-exempt church group.

This week, Pennsylvania’s Raging Chicken Press writes that Right-to-Work legislation that has recently been introduced into the state Senate is very similar to the American Legislative Exchange Council’s (ALEC) model legislation. Many have been concerned at the influence of ALEC on state legislatures which can help business to gain an upper hand in state policymaking. 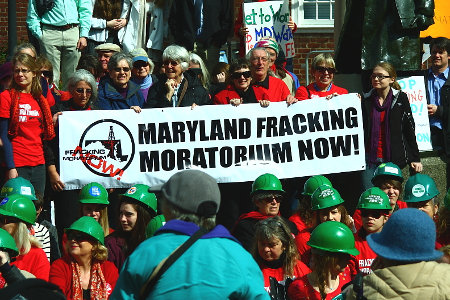 On Tuesday, Daily Kos reports that the Maryland House of Delegates has passed a three year ban on fracking in the Old Line State. They say that if the bill passes in the state Senate, and is not vetoed by the Governor, it is still unlikely to have much of an effect, as the state is not issuing new fracking permits until several studies on the practice have been completed.

Moving south, Virginia’s Bearing Drift comments that if Democratic Governor Terry McAuliffe is so concerned about the University of Virginia’s proposals to increase tuition fees, then he should freeze in-state tuition fees, and tell state-supported schools to live within their financial means.

North Carolina’s The Progressive Pulse highlights a new report which shows that by not accepting the optional expansion of Medicaid as part of the Affordable Care Act, the state has lost millions in hospital funding, and kept hundreds of thousands of those on low-incomes in need.

Political Animal has some good news from Georgia on Friday, reporting that a state House committee has ‘gutted’ a religious liberty bill by adding language which foreswears and preemption of anti-discrimination laws.  They say that Georgia conservatives are livid that the bill will now not sanction discrimination against homosexuals.

Heading south to Florida, Saint Peters blog writes this week that a new survey has shown that Floridians support the expansion of Medicaid in the state, medical marijuana, and same-sex marriage. Of those three, only same-sex marriage has become law, with the state House refusing to work with the Senate on a Medicaid expansion plan, and the prospects for a proposed medical marijuana bill not looking great.

While many on the left are opposed to right-to-work legislation that prohibit unions from requiring the payment of dues as a condition of employment, Yellowhammer offers evidence this week of their effectiveness – at least in Alabama. They say that according to a recent study automotive workers make more in Alabama, which has a right-to-work law, than anywhere else in the country.

This week the Republican Governor of Indiana, Mike Pence signed the highly controversial Religious Freedom Restoration Act (RFRA), which would allow organizations to discriminate against people on religious grounds. Indy Politics reports that Pence has defended the bill, who said that if he had thought it would promote discrimination, he would not have signed it. PolticusUSA says on Friday that the backlash against the bill has been swift, with corporations including Yelp and Salesforce lining up to boycott the state in response.

Moving west to Illinois, Progress Illinois says that the Republican Governor, Bruce Rauner has signed a budget gap bill which will address the state’s $1.6 billion shortfall. The bill, which was approved by the Democrat controlled state House and Senate, calls for 2.25 percent cuts as well as the diversion of funds from parks and conservation. On April 7th, Chicagoans go to the polls to vote in the mayoral runoff election between the incumbent, Rahm Emanuel, and his challenger Jesus (Chuy) Garcia. On Friday, Caffeinated Politics comments that the city cannot afford to let Emanuel lose the election, given the economic sense of his policies, and the ‘horrible math skills’ of Garcia towards the city’s budget woes.

On Monday, Red State reports that the Supreme Court has upheld Wisconsin’s photo voter ID reform law, which means that it will finally be implemented. They say that only ‘hardcore liberals and progressives’ disagree with the law which a majority of people think is ‘perfectly sensible’.

Blog for Iowa wonders this week why Governor Terry Branstad is dismantling Medicaid in the state. They say that Branstad has decided that almost all of the state’s Medicaid system should be privatized, something they say will make major changes to essential services for seniors and the disabled.

This week Montana’s Cowgirl Blog looks at a new RFRA bill recently introduced to the state House which is aimed to go on a referendum ballot in 2016. They say that the bill would attack the progress made to protect members of the LGBT community in Montana from employment and housing discrimination.

On Tuesday, Roll Call’s The Container says that the trucking industry is now suing the state of Oregon over its new law which requires distributors to reduce the carbon intensity of vehicle fuels by ten percent over the next decade. They comment that the trucking group suing Oregon has stated that the new law violates the state’s Constitution’s Commerce Clause since it will hurt out of state refiners and producers. 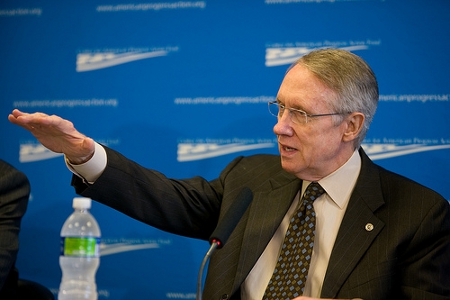 On Friday, Daily Kos writes on what the retirement of Nevada’s long-serving Democratic Senator, Harry Reid in 2016 will mean for the state’s Democrats. They say that Reid has no obvious successor, and that the Republicans were already scouting out the contest even before Reid’s announcement this week.

Moving west to the Golden State, Fox & Hounds argues that California Attorney General, Kamala Harris should not circulate the “Sodomite Suppression Act” ballot initiative to voters. They say that Harris could justifiably block the ballot initiative – which calls for the murder of homosexuals – because it advocates murder and is obviously unconstitutional. Staying in California, Flash Report has commentary on one of last year’s State Senate races which saw incumbent Senator John Moorlach fend off a $750,000 attack campaign with an $200,000 campaign.

Hawaii’s Honolulu Civil Beat says that with the passage of a bill through two Senate Committees, the Aloha State could well have medical marijuana dispensaries next year.