The casual hiring of non-permanent teaching staff is a pressing issue for universities in the U.S. and the U.K. Jennifer Ruth focuses her analysis on U.S. universities in particular and shows to what extent this now common practice is deprofessionalizing the academic profession. Creating a tenure track for full-time faculty hired and promoted on the basis of excellence in teaching would establish a credible degree of equality and legitimation and protect academic freedom. 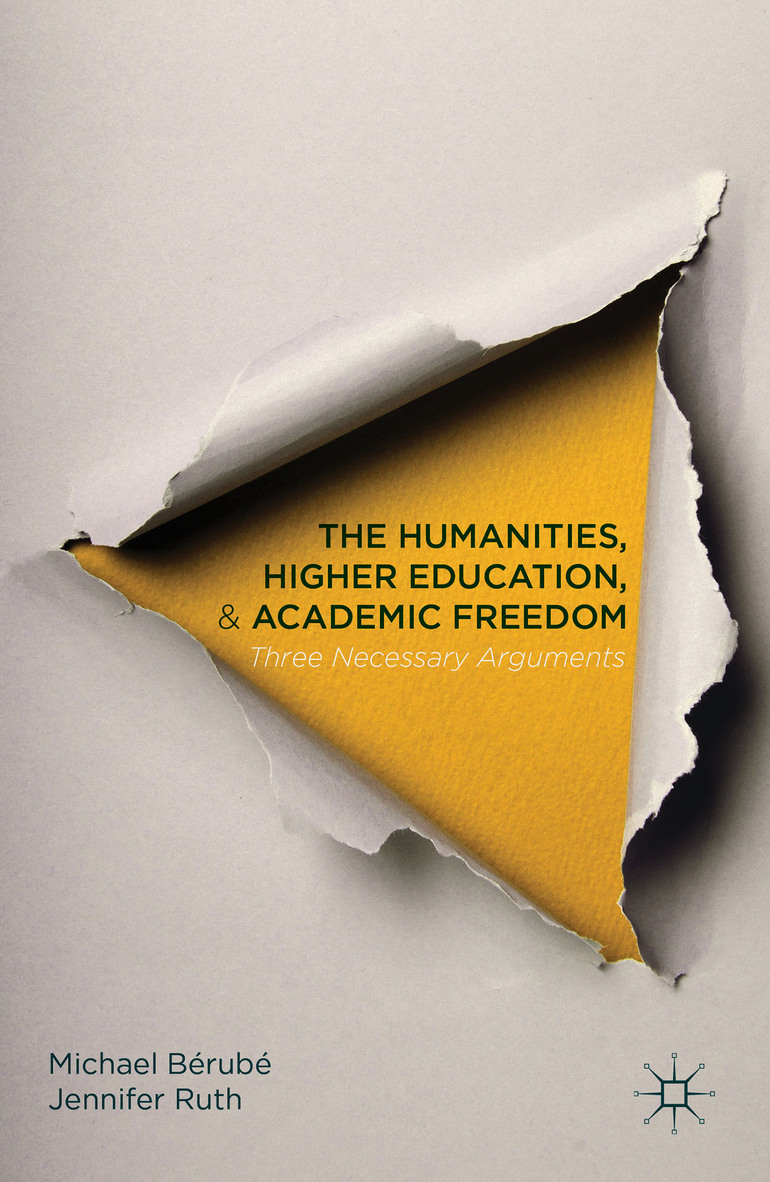 As everyone now knows, U.S. universities and colleges have accrued a faculty workforce that was once considered temporary (adjunct) but became undeniably permanent. Claiming that this workforce’s precarious relationship to the university is necessary for “flexibility” is like the Chinese Communist Party continuing to call itself Communist. Authoritarian or state capitalism sums up the latter and neoliberal restructuring describes the former. Except that it doesn’t—not exactly. Whatever has happened may be neoliberal but the term “restructuring” is, if anything, too generous. Can “restructuring” capture the typical public university’s fractured academic departments, weak Faculty Senates, poor student retention rates, and impoverished adjunct faculty? What may look like restructuring from high altitudes comes into focus as plain and simply broken the closer you get. In our forthcoming book, The Humanities, Higher Education and Academic Freedom: Three Necessary Arguments, Michael Bérubé and I propose that universities and colleges put the professoriate back together again by building teaching-intensive tenure tracks.

When people think about the need for academic freedom in faculty work, they tend to think of research first and teaching second. Service and governance, if considered at all, comes in third in importance. Yet it is precisely this aspect of faculty work that most convinces us of the need for a teaching-intensive tenure track. It is not acceptable—and is unsustainable— for a majority of faculty teaching at an institution to be excluded from service and governance. However, time and again, I’ve seen governance dynamics sour when committees throw tenure-track (TT) and non-tenure track (NTT) faculty together as if they have the same levels of job security with which to deliberate on issues. Awkward, failed committee work is often attributed after the fact to TT faculty’s arrogance and insensitivity to NTT faculty vulnerability. This no doubt is a factor in some places and at some times, but in my experience, the situation is untenable because everyone in the room becomes painfully aware of the power differentials warping the discussion’s outcome. In these environments, nobody feels free to say what she or he thinks—the TT faculty for fear of seeming to bully, the NTT faculty for fear of repercussions for their future.

Here’s how we propose to restore and revitalize the professoriate: create a tenure track for full-time faculty hired and promoted on the basis of excellence in teaching, and require that the vast majority of faculty be hired onto this track if not hired onto the other (original) one. Part-time adjunct instruction should account then for no more than 10% of student credit hours a term. The ratio of teaching-intensive faculty to research-and-teaching faculty will depend on many variables, and no doubt the relative size of the two tracks will vary greatly from university to university. The important thing in our minds is that both tracks confer eligibility for tenure after rigorous review. Universities will improve the teaching their students receive—there will be more accountability, not less, in such a system–and they will strengthen faculty involvement in service and governance. 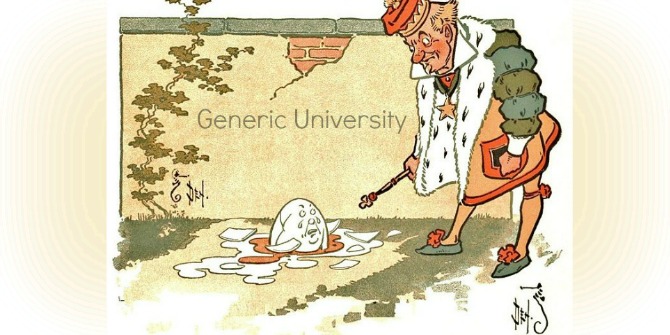 The professoriate had a great fall. How are we going to put it back together again?
Image credit: Wikimedia, Public Domain. Modified by LSE Impact blog.

Some people argue that universities should implement rolling contracts for non-tenure-track faculty. We do not believe that this is sufficient: multi-year contracts do not provide meaningful academic freedom. Don Eron, a long-term contingent faculty member at the University of Colorado at Boulder and member of AAUP’s Committee A on Academic Freedom and Tenure, says, “Multiyear contracts are guaranteed to keep a faculty docile. Having to constantly reapply for one’s job actively discourages the academic freedom that tenure is designed to protect.” My co-author Michael Bérubé recently wrote about our proposal for Inside Higher Education and the comment thread trailing his essay affirms Eron’s point. One commenter stated, “Uhh… there are full time faculty on one-year contracts doing committee and Faculty Senate work on our campus. That cow left the barn a decade ago.”  Someone then responded: “yes, i [sic] am one of them – and I think twice before I say anything on the committee because i [sic] don’t want to lose my job actually- Berube has it right.”

If the NTT faculty member’s wariness is justified, might TT faculty concerns be legitimate, too? The casual hiring of NTT faculty, some of whom do not have terminal degrees, has led to a situation in which many competitively-hired TT faculty are uneasy throwing governance open. TT faculty worry that people who have not gone through the entire training process of the discipline—which includes not only the earning of the terminal degree but the work involved in competitive searches —may not be well-equipped to promote and preserve disciplinary standards. Just as importantly, TT faculty worry that NTT faculty are less able to resist administrative pressure, given their weaker job security.

Tenure not only provides a degree of independence that multi-year contracts don’t; the hiring and evaluation processes are legitimating in and of themselves. One feels a lot less vulnerable when many different people and stages were involved in one’s hiring and retention than when one or two people were. Another commenter on the IHE thread following Michael’s article wrote, “At my school, there are numerous adjuncts with MAs who simply got their job because they live in the area and know the right people – a patronage system. However great their teaching evals , this practice is deprofessionalizing our profession.” The last thirty years of off-track hiring, Adriana Kezar and Daniel Maxey argue in “Adapting by Design,” now threatens the “core of our educational mission and the status of the academic profession.” This cannot be construed as an insult to NTT faculty when it is very patently the resulting institutional dysfunction, not the unprofessionalism of individuals, that has pushed us off our ivy-covered brick walls.

Many administrators will argue that their institutions cannot afford to return to a majority tenure-line workforce with teaching, service, and research expectations. They turned to faculty with higher course-loads to survive when states divested from higher education, they will say. Okay, we can answer, but you can and must find the money for a full-time teaching-intensive tenure track composed of positions with higher course-loads than research/teaching faculty but comparable salaries and equal benefits. With a teaching-intensive tenure track, we establish a credible degree of equality and legitimation and protect academic freedom. And we treat the profession of college teaching with the dignity it deserves.