The U.S. has the highest rate of teenage pregnancy among industrialized countries, something that policy-makers are eager to tackle, given the potential negative consequences for future health and economic outcomes. Looking at public schools in Georgia, Danielle Atkins and Vicky Wilkins have found that schools that have a greater representation of minority teachers also have reduced teen pregnancy rates. They argue that this may be because African-American students seek out role models that look like they do, and are able to form closer relationships with them due to their perceived (if not real) shared experiences and culture.

Much research has been devoted to understanding the determinants of these behaviors to inform prevention and policy interventions.  Researchers have examined numerous individual, family, and community determinants of adolescent sexual behavior.  We studied a different potential mechanism for reducing minority teenage pregnancy rates: the representation of minority teachers. 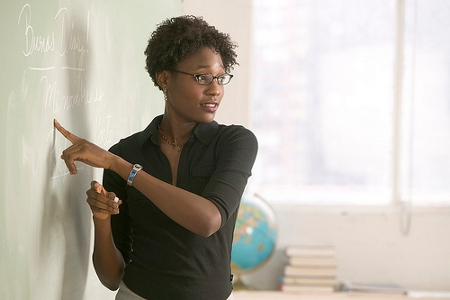 Researchers in the field of representative bureaucracy have found that the presence of minority and female bureaucrats can improve outcomes for minority and female clients of an agency.  However, this previous work has almost exclusively connected the benefits of representation to outcomes directly linked to the primary mission or function of the organization.  We tested whether there are additional pro-social benefits linked to bureaucratic representation, beyond the mission of the agency. 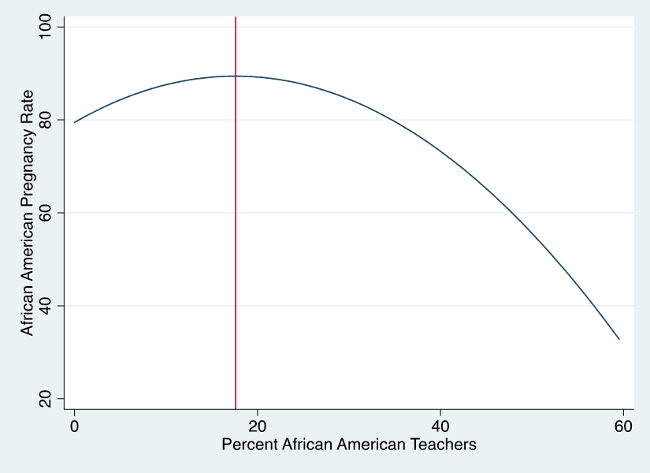 In order to better understand which mechanism or mechanisms might be operating in this case, we interviewed a convenience sample of 11 high-school teachers and one school district administrator. We asked the teachers and the administrator to meet with us to discuss the influence that teachers can have on student behaviors both inside and outside the classroom. The teachers represented several high schools, in both majority–majority and majority–minority settings. We were able to speak with three African-American women, four white women, and four white men.  Our discussions with teachers and the administrator offered insights into the influence that teachers have in the decisions (educational and non-educational) of their students.

Minority teachers may also influence policy in a way that benefits minority students.  The white female administrator we spoke with said that there is definitely a role for teachers in the development of district-level sex education. She stated, “teachers are encouraged to be part of the discussion, especially those from underrepresented groups.”  However, the teachers we spoke with felt that they have a limited voice in formal policy but can make a significant difference through practice. One African-American female teacher discussed a sex education program that she initiated with some students. She said that several African-American female students approached her to say that they wanted to do something about all of the “pregnant bellies” that popped out around school each spring. The teacher and students developed an after-school program that both African-American male and female students attended.

An alternative causal mechanism is that African- American teachers build relationships with African-American students, which allow them to serve as trusted advisors and mentors for the students. We found overwhelming support for this in our discussions with teachers and the administrator. The white teachers and the administrator indicated that they find African-American students are more comfortable and build tighter bonds with African-American teachers. They point to a shared culture, experience, and language as the likely reasons for this, even if this match is only perceived. However, most of them conceded that the power of “looking like” the students should not be underestimated.

This article is based on the paper “Going Beyond Reading, Writing, and Arithmetic: The Effects of Teacher Representation on Teen Pregnancy Rates” in the Journal of Public Administration Research and Theory, which will be open access until January 18th.