This week in the Pine Tree State Dirigo Blue says that Governor Paul LePage should not wait for a constitutional amendment which would repeal and ban income tax in Maine. They say that rather than pushing for a referendum on the amendment, LePage only needs to propose it in his next state budget (2018-2019). The measure would lead to a $3.6 billion revenue gap that his successor would have to deal with.

Heading down to Vermont, VTDigger writes Thursday that Governor Peter Shumlin this week signed a controversial bill which would remove the philosophical exemption to the requirement that children be vaccinated to attend schools. 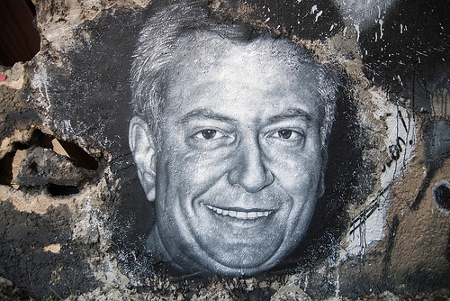 In the Empire State, Capitol Confidential reports on a new poll that shows that New York Governor Andrew Cuomo’s favorability has reached a new low, with 53 percent in favor, compared to 63 percent in June 2014. They say that Cuomo’s job performance rating is also at an all-time low, and that 90 percent of voters feel that corruption in state government is a serious problem. Staying in New York, RedState writes this week that the ‘Great Democratic Experiment’ currently underway in New York City in the form of left-wing Democratic Mayor, Bill de Blasio, is not working as his approval rating stands at 44 percent.

Moving on, Save Jersey says on Friday that, once again, Governor Chris Christie has thrown the South Jersey Republican Party ‘under the bus’. They write that Christie has come out in support of North Jersey casinos, something which will hurt business owners in South Jersey, and will in turn cost local GOP candidates support. Staying in the Garden State, PolitickerNJ reports this week that Jersey City has approved a resolution which supports state driver’s licenses for undocumented immigrants, making it the eighth municipality in the state to do so.

This week saw a ‘recanvas’ in Kentucky’s Republican gubernatorial primary after Matt Bevin gained only 84 more votes than his rival. National Journal writes that Bevin’s first task will be to court the state’s Republican donors, given that he raised very little in the recent primary and in the 2014 Senate race.

Heading down to the Sunshine State, Saint Petersblog looks at a new report which shows that the outlook for women in Florida is grim, with women earning only 85 cents on the dollar compared to men and a poor score in the areas of poverty, access to health insurance and education levels.

Heading up to Alabama, Yellowhammer reports on Wednesday that the state House of Representatives has voted to ban abortion clinics from opening near to schools. Conservatives in favor of the measure have stated that the bill will protect school children from protesters’ graphic protests near to abortion clinics.

The Arkansas blog says on Thursday that privatized prisons are now back on the agenda in the state. They write that Governor Asa Hutchinson is looking towards outsourcing more prison services in order to handle the state’s oversupply of inmates, and that the Corrections Corporation of America has been lobbying the Governor’s criminal justice task force.

Blue Oklahoma comments on Wednesday that the record rainfall the state has been experiencing recently is an example of the type of weather extremism which is becoming more and more common due to global warming. They say that the burning of fossil fuels has helped to create a new reality for the state which includes record rainfall and earthquakes due to fracking. 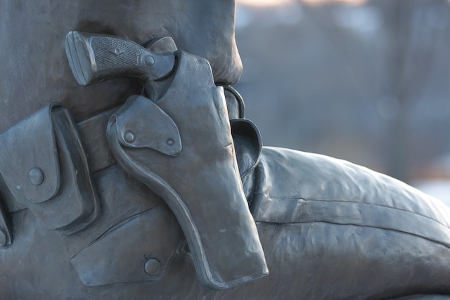 In the Lone Star State, Burnt Orange Report says that we should get ready for guns to be in Texas’ schools as this week the state House passed a bill which require public universities to allow concealed handguns on campus.

On  Wednesday, Outside the Beltway reports that Cleveland’s police department has reached a settlement with the Department of Justice related to a 2014 report which found misconduct and discrimination in the force.

Heading up to Michigan, Hit & Run says that state legislators on the House Judiciary Committee are reconsidering forfeiture laws which allow suspects’ assets to be seized without them being convicted.

Illinois, like many states, faces a crisis in paying for its public pensions. The American Interest writes that the state’s Supreme Court is facing a series of unpleasant choices such as switching workers into a pension plan that would earn less generous benefits or enabling benefit changes for future years of service. They say that other states facing similar problems are watching Illinois with interest to see how (and if) its pension problems can be resolved.

Wisconsin’s The Political Environment comments that new ‘ugly’ data shows that the state’s population increased by only 0.25 percent from 2013 – 2014. They say that the low rate of increase does little to deny the recent claims that the state is ‘hollowing out’.

Nebraska’s state legislature voted to repeal the death penalty last week, but this week that move was threatened by the Governor’s veto. Leavenworth St reports that while 30 state Senators voted to override Governor Peter Ricketts’ veto another Senator has already started to explore the possibility of starting a citizen-driven ballot initiative to give an option of reinstating the death penalty.

SayAnything blog writes this week that a town in North Dakota has an unusual problem – it is running short on poop. Anticipating future demand, the town of Ray built an $2.5 million expansion to its sewage treatment facility, but the expected population boom has not occurred. They say that city leaders have blamed the slowdown in oil activity. 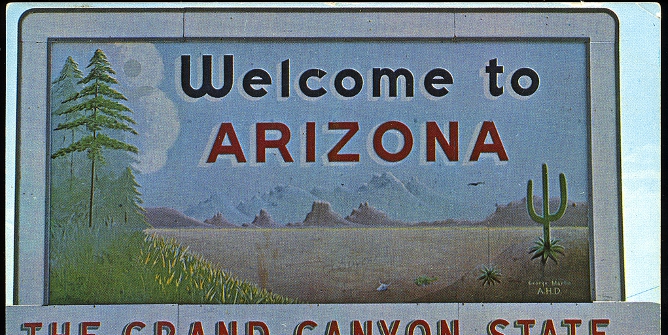 On  Monday, Daily Kos says that Arizona has reached another ‘milestone of hate’, as the state’s legislature cut lifetime welfare benefits to one for everyone, including children and the disabled. The state is the only one to have such a stringent and all-encompassing limit. Staying in Arizona, PoliticusUSA reports that the Democratic Party has landed a ‘top candidate’ to take on incumbent Senator John McCain in the form of Representative Anne Kirkpatrick. They say that Kirkpatrick could mean trouble for McCain as she was able to win her Congressional district in 2012 even though it gave more votes to MItt Romney.

On Friday, Daily Kos has the news that the 9th Circuit Court of Appeals has struck down Idaho’s law which banned abortions after 20 weeks and required that all second trimester abortions be performed in hospitals.

Heading down to California, Outside the Beltway has the news that despite lobbying for Los Angeles’ minimum wage increase, the city’s unions want an exemption from it for companies with unionized workforces. They feel that companies with workers represented by unions should have the leeway to negotiate a wage below the minimum. Also in the Golden State this week, Fox & Hounds argues that it is time to improve California’s budget process to make it more transparent.