New Jersey considers gambling expansion, Nebraska Governor pushes for death penalty, while Idaho saves for a rainy day: US state blog round up for 30 May – 5 June

New Jersey considers gambling expansion, Nebraska Governor pushes for death penalty, while Idaho saves for a rainy day: US state blog round up for 30 May – 5 June

This week, New Hampshire’s Granite Grok looks at whether the state’s Democratic Governor, Maggie Hassan, is really a champion for women’s’ rights after she stated that she would veto a ‘Constitutional Carry’ Senate bill which would allow open carry in the state. They argue that by vetoing the bill, which would which would make the concealed carry pistol-revolver license optional, Hassan would be undermining women’s independence.

In the Green Mountain State this week, Governor Peter Shumlin signed a bill into law which would legalize same-day voter registration. VTDigger says that Vermont is now the 14th state to adopt such a policy, which goes into effect in 2017, and that is may help bring several thousand more Vermonters to the polls at the next election.

In Connecticut this week, My Left Nutmeg wonders whether the state legislature will pass a campaign before the legislative session runs out. The state Senate bill would force the disclosure of “dark money” from outside groups coming into the state and would also cap the amount a state central party can spend on a candidate at $250,000. 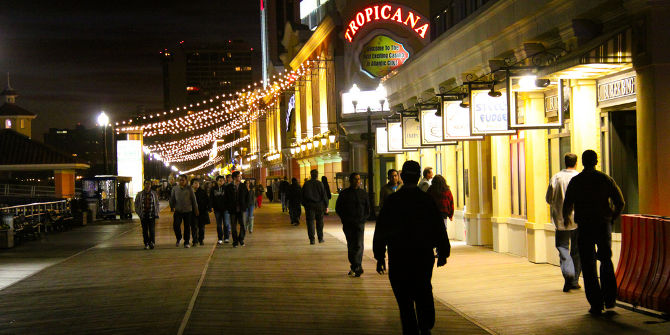 Heading over to the Empire State, State of Politics reports that New York’s Democratic Governor, Andrew Cuomo has stated that he wants to strengthen rent controls in the state. There is increasing concern over the number of affordable housing units being lost due to the current rent regulations.

Atlantic City in New Jersey is currently the only place where gambling is allowed in the state. PolitickerNJ says this week that state lawmakers are making the case for expanding gambling to other parts of the state. They write that three Democratic Assembly members have proposed a constitutional amendment which would put the expansion of gambling on the ballot as early as this year. If the measure is approved, then three new gaming halls would likely be built in North Jersey.

In the Keystone State this week, PoliticsPA writes that Governor Tom Wolf’s office has announced that the state’s Department of Insurance has written to the Federal Department of Health and Human Services to request the creation of a state-based health insurance marketplaces. They say that this is a necessary step to protect nearly 400,000 state residents who get health insurance via Obamacare, who may lose it if the Supreme Court rules against tax credits for the program’s federal exchanges.

The Supreme Court will be soon giving its decision on same-sex marriage throughout the country, with many commentators predicting that it will uphold it. North Carolina’s NC Policy Watch says that the state’s Lieutenant Governor, Dan Forrest, stated this week that the Old North State would have to change the basics of state marriage laws as a reaction to same sex marriage. As has already occurred in Alabama, the change would mean that the state would register marriages after they’ve been witnessed by a private party rather than having state officials issue marriage licenses.

Heading south to Florida, Saint Peters blog has five questions for this week’s special session of the state legislature. These include questions on tax cuts, whether any major healthcare reforms will pass, and if Governor Rick Scott will be able to salvage any of his 2015 legislative priorities which have been so-far eclipsed by the fight over healthcare in the legislature.

Is Alabama uptight? According to Yellowhammer, a new study has found that the state is the second most ‘uptight’ (after Mississippi) using measures such as religiosity, corporal punishment and the percentage of the population that is foreign. One interesting finding of the study is that those states which have more natural disasters tend to be more uptight compared to ‘safer’ states.

On Wednesday, FreakOutNation carries the worrying story of a black family in Mississippi who faced arrest for cheering their daughter’s high school graduation. They say that a school Superintendent asked the family to leave after they called out to their daughter, and then later filed disturbing the peace charges against the family.

This week Louisiana Voice bemoans the reaction of the state’s Inspector General, Stephen Street, to a complaint that GOP Governor Bobby Jindal had used his office’s taxpayer-funded website to issue a press release critical of Senator Rand Paul, who is running for president. They say that Street issued a less than scathing report on the matter, advising Governor Jindal to issue similar statements by non-publically funded means in the future.

Heading west to the Lone Star State, Daily Kos reports that the Texas business community is at war with the state legislature over the expansion of Medicaid in the state. They write that both Governor Greg Abbott and the legislature have stubbornly refused to expand the program, something that state businesses find frustrating, given the billions in savings for businesses an expansion would entail.

On Tuesday, Michigan’s RightMI looks at a proposals that they say would get certain state debts paid down to pour more resources into the beleaguered city of Detroit. They comment that the state needs to stop passing money into the city, which is the ‘Graveyard of Socialism’.

Moving over to Illinois, Progress Illinois says that the state’s legislature has passed a measure which would reduce the city’s contribution for five years to its underfunded police and fire pension funds. The new measure reduces next year’s payment from $838 to $619 million, and also extends the 90 percent funding deadline for the city’s pension funds by 15 years to 2055.

Missouri’s PoliticMO writes Monday that a new state study has shown that black drivers in the state were 75 percent more likely to be stopped by police than white drivers, up from 31 percent in 2000. Staying in the Show-Me State, Show Me Progress says that Governor Jay Nixon this week vetoed a right to work bill which would prohibit employers requiring union dues as a condition of employment.

On Friday, The Brennan Centre for Justice reports that Kansas Governor, Sam Brownback, has signed into a law a judicial budget bill which would strip the judiciary’s entire budget if any Kansas court strikes down a 2014 law which would remove the state Supreme Court’s administrative authority over lower courts.

Last week the Nebraska state legislature overrode Governor Pete Ricketts’ veto of a bill which would end the death penalty in the Cornhusker State. Crooks & Liars says that Ricketts has called for a voter referendum to overturn the repeal, and also that he would execute the ten prisoners on the state’s death row anyway.

On Thursday, Montana’s The Flint Report says that Obamacare rate hikes could be as high as 34 percent in the Treasure State in 2016 compared to this year. 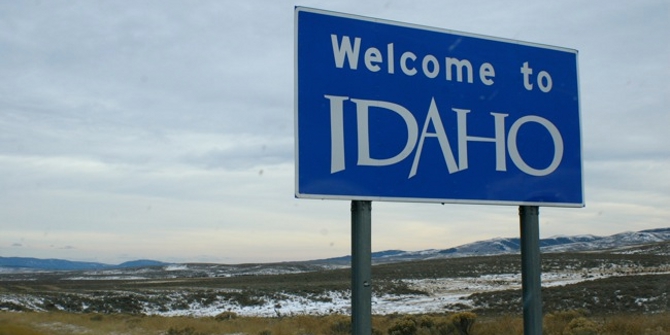 Idaho’s Eye on Boise writes this week that the state will have nearly $45 million more to spend on road and bridge repairs next year, due to the 2016 transportation bill’s ‘surplus eliminator’ which provides additional road work funding if state revenues were higher than expected. The state will also be adding nearly $73 million to its rainy-day account next year because of the extra surplus.

Continuing west to Washington state, Strange Bedfellows writes Thursday that pro-gun safety campaigners in the Evergreen State have state Democrats in their sights after they blocked a vote on the Extreme Risk Protection Orders Act which would have allowed family members and police to petition the court for orders temporarily keeping firearms from those who post an immediate risk to family and society.

Moving south to the Golden State, The Federalist looks at what they say is California’s unsustainable comeback. They say that after a particularly hard recession beginning in late 2007, California is now enjoying employment growth and budget surpluses. They caution that a high tax take may not indicate a healthy economy, and that the state is facing around $200 billion in unfunded pension liabilities. Staying in California, Capital & Main reports that the state Senate this week passed a wage theft bill which strengthens a previous measure and helps guarantee that workers do get paid what they are owed by their employers.

Heading out to Alaska, Crooks & Liars says this week that 10,000 state workers have received layoff notices owing to budget maneuvering in the state legislature.