This week Maine’s Dirigo Blue comments that the state’s Governor, Paul LePage, is making good on his recent promise to veto any bill sent to him which was introduced by a Democratic member until his ballot measure which would prevent the state income tax is approved for November. 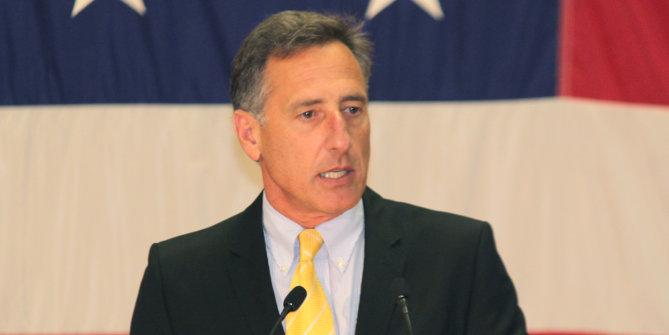 Vermont’s Governor, Peter Shumlin, this week announced that he would not be seeking a third term next year. VTDigger reports that the state’s Republican leaders have responded to the news by issuing scathing indictments of his tenure in office, and have also said that Shumlin is admitting that he has failed as an effective leader for the state.

In more gubernatorial news, RIFuture covers Rhode Island Governor Gina Raimondo’s last minute additions to the state’s 2016 budget which would mandate that every insurer offering coverage on the state’s health insurance exchange would have to offer multiple plans which do not cover abortion. Both Planned Parenthood and the ACLU have expressed surprise at the new proposals.

New York saw the dramatic escape of two prisoners from the Clinton Correctional Facility, near to the Canadian border. State of Politics has the news that the state has offered up to $100,000 as a reward for information leading to the capture of the two men, who were in prison for murder.

PolitickerNJ reports that the New Jersey Supreme Court this week reversed a lower court ruling that the state government must contribute more towards the pensions of state workers. They say that the ruling is a win for Governor Chris Christie who is in an ongoing ‘tug-of-war’ with public sector unions. Blue Jersey comments that the state Supreme Court has confirmed that contracts in the state ‘don’t mean squat’, referring to the 2011 law signed by Governor Christie (and thrown out by the Court) which mandated pension funding.

On Tuesday, The Atlantic looks at the recent rightward turn in the Old North State. They say that this week North Carolina was poised to pass a state Senate bill which would allow state officials to proclaim a policy of refusing to marry same-sex couples on the basis of having a religious objection, though same-sex couples would retain the legal right to be married. Later in the week, The Federalist reports that the North Carolina state legislature has overridden Governor Pat McCrory’s veto of the bill, who had argued that state officials should keep their oaths to the state constitution.

Moving down to Georgia, Peach Pundit argues this week that the state’s new bill to reform its civil asset forfeiture laws does not go far enough as it does not place enough protection on innocent Georgians whose property may be seized by law enforcement.

In the Sunshine State, Saint Peters Blog says that GOP Governor, Rick Scott, is pushing for mediation between Florida and the federal government via a federal court to resolve the current impasse over the state’s budget and reductions in the $1 billion Low Income Pool healthcare program funding to be provided by the federal government. Staying in Florida, The Shark Tank writes that the state’s new abortion law, which requires women who are planning to have an abortion in Florida to wait an extra 24 hours has angered the pro-choice lobby in the state.

The Lone Star State has done well economically, with many referring to the ‘Texas Miracle’ in the context of former Governor Rick Perry’s term. Wonkblog takes a close look at the facts of the state’s economic successes, commenting that while job growth has been very good, ordinary households aren’t doing that much better.

Eclectablog says that the Great Lakes State is ‘under assault’ this week, as Governor Rick Snyder has signed a bill which would deny welfare benefits to an entire family if one of their children is chronically truant. Other bills signed by the Michigan governor include a measure to allow adoption agencies to refuse referrals that violate their religious beliefs.

Heading down to Indiana, Ogden on Politics wonders if Governor Mike Pence can revive his political career, given that ‘Pence must go’ signs are appearing across the state. They say that Pence, who is due to announce that he is seeking a second term, needs to rebuild his base and stop running from the religious freedom issue which has caused him so much grief.

Progress Illinois writes Thursday that the state’s budget woes are continuing – now the state Comptroller has stated that the state could stop paying most of its bills by months’ end if the legislature and governor cannot break their budget impasse.

On Tuesday, Blogging Blue of Wisconsin says that the state’s Republicans are now seeking to abolish the nonpartisan Legislative Audit Bureau after it produced a scathing audit of the controls of the Wisconsin Economic Development Corp, Governor Scott Walker’s economic development agency. 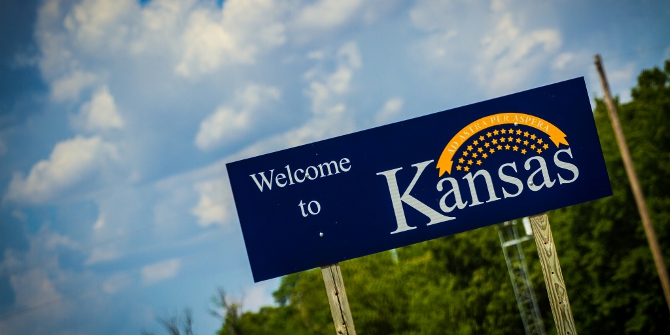 Kansas is also facing budget problems – after tax cuts pushed by Governor Sam Brownback left the state with a massive budget hole. PoliticusUSA reports that this week the state’s GOP-controlled Senate had passed a massive $471 million tax increase which would be the largest in the state’s history.

Heading up to the Mount Rushmore State, Dakota Free Press has the interesting factoid that South Dakota holds 18 percent of U.S. bank assets. They also say that the finance industry is the most important for the state’s economy, despite the ‘boosterism’ of the state’s Department of Agriculture which claims that that industry is the most important.

On Monday, Blog for Arizona says that Governor Doug Ducey’s recent plan to take money from the state’s land trust to fund K-12 schools to the tune of $2.2 billion is actually a surreptitious attempt to settle a lawsuit over education funding for state schools.

Heading over to the Silver State, Roll Call’s At the Races reports on Tuesday that Brian Sandoval, Nevada’s GOP Governor will not be running for the state’s open Senate seat. They say that Sandoval’s move will be helpful to Nevada Representative, Joe Heck, who is the top choice of national Republicans.

The Brennan Center for Justice this week calls for Oregon to allow campaign contribution limits. They say that last year the donation of $250,000 to former Governor John Kitzhaber’s re-election campaign, and the appearance that it led to a special legislative session which in turn resulted in a special tax deal for Nike, has shaken Oregonian’s confidence in government.

Moving on to the Golden State, this week Outside the Beltway reports that the Supreme Court has declined to accept an appeal in a case which arose out of a challenge to San Francisco’s law which required handguns to be kept locked up, or have a trigger law installed. Staying in California, Fox & Hounds looks at whether Democratic Governor, Jerry Brown, is building up another ‘obscene’ surplus, rather than looking to cut taxes or making good public investments.

In the Aloha state, Honolulu Civil Beat writes that Hawaii is 5th per capita in the country in terms of the number of people killed after encounters with law enforcement.