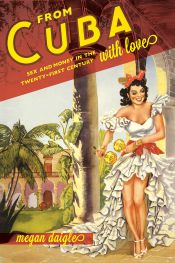 With full diplomatic relations restored last week between the U.S. and Cuba, we review From Cuba with Love, which dives into the nexus of sex, money, and deprivation in Cuba as it examines jineterismo, the local practice of pursuing relationships with foreigners in order to gain access to hard currency. Natalie Allen writes that the author takes the reader through the history of sexuality in Cuba via interviews with young women and men negotiating their relationships with both foreigners and the socialist state.

From Cuba with Love: Sex and Money in the Twenty-First Century. Megan D. Daigle. University of California Press. 2015.

Since the Obama administration announced in December that it would normalize diplomatic relations between the United States and Cuba, all eyes have turned to this tiny island. Ironically, this dramatic shift and how it will impact life in Cuba makes Megan Daigle’s work From Cuba with Love: Sex and Money in the Twenty-First Century simultaneously timely and outdated. From Cuba with Love dives into the nexus of sex, money, and deprivation in Cuba since the fall of the Soviet Union and the tightening of the U.S. embargo in the early 1990s, as it examines jineterismo, the local practice of pursuing relationships with foreigners in order to gain access to hard currency. Daigle sets out to answer the simple question of “how are bodies governed in Cuba?” In pursuing the answer, she takes the reader through the history of sexuality in Cuba via interviews with young women and men negotiating their relationships with both foreigners and the socialist state.

Jineterismo is often regarded as a form of prostitution or sex work, and while it is not technically illegal in Cuba, women who are suspected of engaging in these practices can be sent to state-run rehabilitation centers to undergo a “behavior modification” program. Daigle freely admits that these high stakes made it difficult to interview subjects; many refused to speak with her and those that agreed to be interviewed often refused to be recorded for fear that the recordings could be linked back to them. In the end, Daigle was able to interview just over 50 Cubans who had (or sought to have) relationships with foreigners. Most of these subjects were young women, although she reports that she also spoke with several men. From Cuba with Love is plagued by many of the issues that come with ethnographic work, particularly skewed sampling, as Daigle is forced to use a snowball sample to find subjects who are willing to speak with her, but also with personal biases. Daigle’s point of view is readily apparent throughout the work and at times she seems to have a hard time locating herself in the narrative as ‘researcher’ and not as a ‘tourist’. In spite of these issues, From Cuba with Love is an informative and enjoyable window into the lives and views of these often misrepresented women and men.

In both writing and content, Daigle’s work is accessible to all readers. The first chapter provides a comprehensive overview of the history of women’s policed sexuality on the island, with an eye towards the role of race throughout. Jineteras (the women who pursue relationships with foreigners in order to gain access to goods and currency) are typically characterized as young, attractive, black or mixed race girls. Daigle places the origins of this construction on Cuban plantations shortly after the island was colonized, and takes the reader through the sexual history of the island, which resulted in the perceived and persistent characterization of black and mixed race women as sexually available. 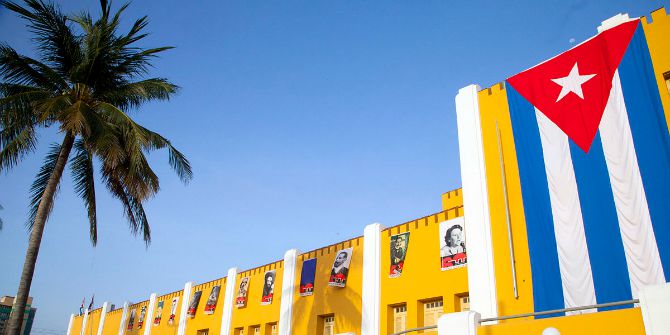 Daigle rounds out the history of race and sex on the island with interviews to successfully show that there is a strong racial component in the public construction of jineteras, which results in the policing of young women of color. She puts a human face on this policing, as her subjects with darker skin reported frequent encounters with the police and go through great lengths to avoid drawing greater scrutiny, such as attending meetings for the local chapter of the Committee for the Defense of the Revolution. This stands in stark contrast to white subjects who rarely reported harassment from the police.

It would have been interesting if Daigle had further pursued a line of questioning on how these women felt that race had impacted their lives in Cuba. While she mentions that Afro-Cubans were less likely to have access to remittances and lucrative jobs in the tourist sector, she does not follow up on this point in her interviews. Most of her subjects seem to pursue relationships with foreigners for both money and genuine emotion, and although Daigle explains their financial situations, she never asks them directly about how they feel their race has affected their employment or romantic prospects in Cuba or their decision to date foreigners. Her failure to pursue this topic feels like a missed opportunity for a greater understanding of both jineterismo and what it means to be a person of color in Cuba today.

One may wonder why the government of a sexually liberal society would be so preoccupied with policing the relationships of young women, and Daigle provides a nuanced analysis of the perceived threat jineteras pose to the Cuban government and society. Once again, she faced difficulty securing interviews; in addition to the two she was able to conduct with government officials (one from CENESEX, the other from the FMC) she drew on Cuban publications to paint a fuller picture of the way jineteras are viewed by the state. Daigle argues that jineteras present a direct challenge to the state’s narrative that the revolution has been a success—it is unthinkable that women should have to pursue sex for money in order to make ends meet in the current Cuban system. In fact, the state claims that prostitution was wiped out within five years of the Revolution. In order to reconcile the fact that women are pursuing relationships with foreigners for financial gains, engaging in jineterismo is considered the product of personal failures, such as low self-esteem, familial dysfunction, selfishness, materialism, or being generally anti-revolutionary. Daigle’s interviews with the two state officials seem to support her argument; one goes as far as to say that there can be no relationships between Cubans and foreigners that is not considered jineterismo.

From Cuba with Love paints a vivid picture of the complicated intersection of love, money, and deprivation on the island. While it’s hard to draw broad conclusions from the work because of the problems Daigle encountered in securing interviews and the nature of ethnography, the work may prove useful for those looking to draw comparisons to sex work in other countries, or as a starting point for further research into jineterismo in Cuba. New research will be necessary in the near future, as the diplomatic opening between Cuba and the US brings hope that the embargo will end soon as well. The end of the embargo would signal a mass influx of American tourists and their money to the island, but it is unclear whether that would mean an increase in jineterismo or the death of the practice all together.

Natalie Allen – The Atlantic
Natalie Allen received her MSc in Conflict Studies from the London School of Economics in 2014. While pursuing her degree, she also worked as an Assistant Editor on the USAPP blog. A 2013 graduate of Vassar College, Natalie is currently working as a coordinator on the live events team for The Atlantic. She tweets at @nnallen on conflict, feminism, and Latin America.