The dream of many a start-up is having Google or Facebook locked in a bidding war for its technology. Publishers, record labels, and television studios enjoy having both Apple and Amazon competing for their content. And, more generally, competition among buyers leads to higher prices for a seller. But when that seller is a hospital or physician group negotiating prices for its services with an insurance company, it means that increased competition among health insurers in the US private health insurance market can actually increase the “costs of care” for nearly two-thirds of Americans. 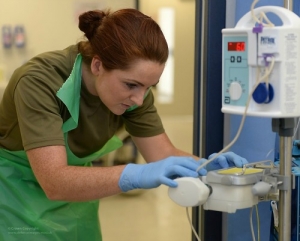 In our research, “Insurer Competition in Health Care Markets,” we analyse the impact of changes in the level and nature of competition between commercial insurers in the US, such as the introduction of state and federal exchanges, potential consummation of recently proposed insurance mergers, and persistence of alleged non-compete agreements. We disentangle how these changes affect both the prices insurers pay for medical services and the premiums charged to consumers.

It’s true, as many have argued, that having more insurers in a market can provide incentives for insurers to reduce premiums and improve quality and efficiency of care as they compete more fiercely for consumers. It’s also true that when the insurance market becomes more competitive, large medical providers have more leverage to “play” insurers off one another when bargaining to extract higher prices for their services, thereby dampening the reduction in premiums that would have occurred had prices remained constant. Whether one effect tends to dominate over the other is an open question, and – as we find out – depends critically on features of the market.

Our study focuses on the private health insurance market in the state of California (US) and examines the health insurance plans offered by CalPERS, a government agency that manages health benefits for over 1.4 million public employees, retirees, and their dependents. During the period of our study, the agency primarily offered access to plans managed by three of the largest insurers in California with a current combined market share of over 75 percent. We use detailed claims, admissions, enrolment data and information on actual prices negotiated between insurers and providers. We develop and estimate a model of how hospitals bargain with insurers, insurers set premiums, and enrolees choose insurance plans and hospitals when they get sick. Our model allows us to predict the impact of removing one of the insurers from enrolees’ choice sets.

In our main analysis, we find that when an insurance plan is removed (which we interpret as reducing insurer competition), premiums are likely to rise by as much as 10 percent, consistent with standard intuition and with previous studies that, conversely, document premium reductions due to increases in insurer competition.

However, we also find that negotiated hospital prices rise significantly in some geographic areas while they fall in others. Which of the two effects occurs depends on factors such as the relative competitiveness of insurer and hospital markets in these areas. For example, prices are likelier to fall in markets when the insurer that is removed has a larger market share, as this harms hospitals’ “outside options” when they bargain with the remaining insurers. Our analysis gives credence to the possibility that a merger between large insurers can lead to “cost” savings for them through reduced hospital prices. However, it also highlights the importance of balancing these lower costs against the potential for larger premium mark-ups  – and the potential for a smaller set of insurance products to choose from – which may completely offset the savings to consumers.

There are instances in which insurers are constrained in how freely they are able to set premiums – for example, if employers are tough negotiators on behalf of their employees or there are effective regulatory policies in place. We find that in such cases, a reduction in negotiated hospital prices when an insurer is removed may be passed on to consumers through lower overall premiums.

So where does that leave us? Reducing insurer competition can plausibly lead to reductions in hospital prices (if the merging or exiting insurers are large enough) but these savings may not be passed along to consumers (if insurer premium mark-ups are insufficiently constrained.) We stress that the complicated question of whether more insurer competition is “good” requires a suitably nuanced answer. In complex markets such as health care, where insurers compete for both medical providers and enrolees, it’s true that competition may be desirable…but it’s important to ask for whom.

Kate Ho – Columbia University
Kate Ho is an Associate Professor of Economics at Columbia University. She graduated from Harvard University with a Ph.D. in Business Economics. She also has an M.A. in Mathematics from Cambridge University. Prior to her academic career she spent four years as private secretary to the Minister of State for Health in the UK. Professor Ho’s research focuses on the industrial organization of the medical care market. She has published a number of papers. Her work has been recognized by the International Health Economics Association (which voted her the Arrow Award for best paper published in 2009) and the Journal of Applied Econometrics (the Stone Prize for best paper in 2006/7).

Robin S. Lee – Harvard University
Robin S. Lee is an assistant professor of economics at Harvard University. His research interests are in industrial organization and applied microeconomic theory. His work focuses on bargaining and contracting between firms with market power in bilateral oligopoly, and the implications of exclusive or selective contracting and integration on industry structure, competition and welfare. Recently, he has examined the impact of insurer competition in health care markets on premiums and provider reimbursement rates, and the welfare effects of vertical integration in content distribution and platform markets. He is a faculty research fellow at the National Bureau of Economic Research.