Why do voters recognize some commentators as political experts and others not? In new research using election survey data and survey experiments, Carl Palmer and Rolfe Peterson find that people evaluate those that are more attractive as being more competent and intelligent. More attractive individuals are also seen as more politically knowledgeable, with people preferring to seek them out to learn more about politics.

For many citizens, politics is as Walter Lippman described it, a “great blooming buzzing confusion.”  Few citizens pay much, if any attention to the day-to-day goings on of government, leading many to worry about the health of our democracy.  However, these concerns may be overblown, as scholarship suggests that citizens appear to be quite capable of recognizing political experts and turning to them when the time comes to make decisions about issues and candidates.  But who are these experts that citizens are turning to?

While citizens are generally thought to be accurate in how they perceive political competence, evidence suggests that these estimates may be biased under certain circumstances.  While the best predictor of whether you perceive someone to be a political expert is their actual expertise, citizens sometimes get it wrong.  Citizens have been shown to perceive another individual as being more of a political expert when their political preferences overlap, independent of actual political knowledge.  Additionally, there are factors that bias perceived expertise downward, with women perceived as less of political experts regardless of what they actually know.

In new research, we consider another potential form of bias that exists in social interactions – physical attractiveness.  Research has shown that we are prone to applying an “attractiveness stereotype” when we interact with others.  These biases have been shown to dramatically affect evaluations of more attractive individuals, leading raters to see them as more sociable, socially skilled, and popular, as well as more competent and intelligent.  The attractiveness stereotype is a specific instance of a more general principle known as the halo effect.

We illustrate the impact of the halo effect twofold:  first, by analyzing survey data from the 1972-74-76 American National Election Survey panel study, and secondly, by conducting two distinct survey experiments.  Our expectation is that more attractive individuals will be viewed as more politically knowledgeable, even, potentially, in light of evidence to the contrary.  Our results suggest exactly that – that an “attractiveness premium” exists when individuals are evaluating how knowledgeable others are.

We begin with the ANES survey results, in which we examine the relationship between an interviewer’s perceptions of a survey respondent’s levels of political knowledge, and their physical appearance.  The interviews from the 1972-74-76 panel were conducted face-to-face, and, at the end of each interview, interviewers were asked to subjectively rate the respondent’s political knowledge.  Additionally, at the beginning of the panel in 1972, interviewers were asked to rate each respondent’s physical appearance, taking into account their age and gender.  Figure 1 plots the mean knowledge rating for each category of physical attractiveness, for the three waves of the survey panel.

Respondent’s knowledge is evaluated on a five-point scale, from very low, to very high.  As we see from Figure 1, there is a very clear and direct relationship between an interviewer’s perceptions of a survey respondent’s political knowledge, and their perceived physical attractiveness, with more attractive respondents, on average, being seen as being more knowledgeable about politics.

How does this relationship hold up outside of an in-depth political interview?  To answer this question, we also conducted a pair of survey experiments, in which the experimental subjects were presented with headshots of individuals smiling, and asked to rate the individuals on a series of factors, including how politically knowledgeable the subject saw the photographed individual as, and how likely the subject would be to go to the photographed individual to get more political information.  The headshots were taken from the Karolinksa Directed Emotional Faces database, and were independently rated, prior to the study, as being either attractive or unattractive.

Figure 2 – Average subject rating by of photos, by attractiveness

Physical attractiveness is one of the first characteristics we notice when we meet another person for the first time; consequently, it plays a noticeable role in influencing how we interact with others.  On average, more attractive individuals are seen as being more personable, agreeable, hardworking, and competent.  On top of these positive social characteristics, we find that more attractive individuals are also seen as being more knowledgeable about politics, and, when given a choice, others would prefer to seek them out to learn more about politics.

With citizen attention to politics waning, political experts stand to be quite influential, particularly if uninformed individuals turn to them as a shortcut to learn what they need to know about the issues of the day.  However, if these “so called” experts seem to be experts because they are good-looking, many poorly informed individuals may be being led astray.

This article is based on the paper, ‘Halo Effects and the Attractiveness Premium in Perceptions of Political Expertise‘, in American Politics Research. 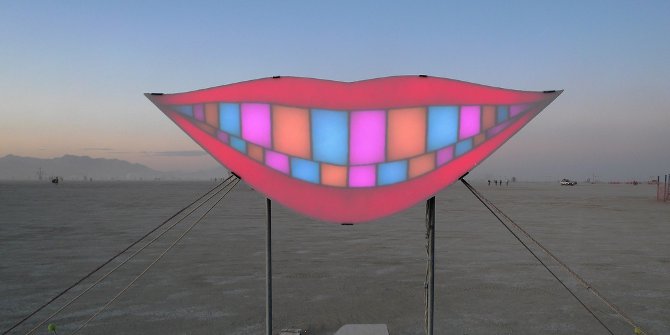