In recent years, many urban theorists have argued that one solution to the apparent decline in social capital in cities is to build more walkable neighborhoods which will in turn enhance neighborhood sociability. In new research, Hee-Jung Jun examines the relationship between walkability and a neighborhood’s social environment. She finds that the relationship is not as straightforward as many have believed, with perceived – rather than physical – walkability being a much more important factor in encouraging social interaction. 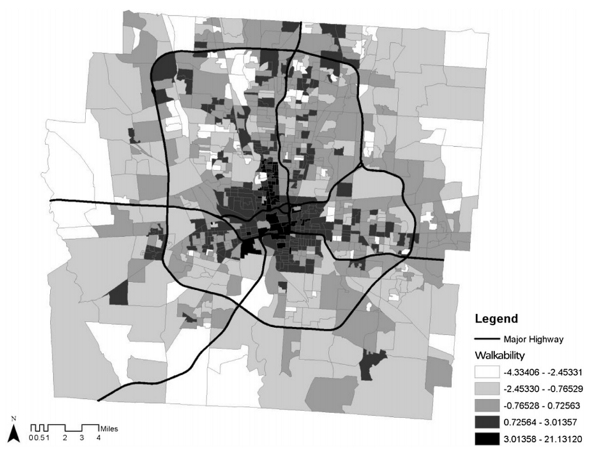 Unlike New Urbanist ideals, denser neighborhoods in inner cities are often places where traffic, crime and ‘less desirable’ residents are concentrated. Residents in such neighborhoods where physical walkability is high and thus there are great “opportunities” for strong social capital may be afraid of walking in their community, thereby having limited social interaction and a lower sense of community. By contrast, we suspect that residents in a neighborhood where perceived walkability is high but socio-economic distress is low, especially in the suburbs, may be more likely to walk and thus have more social interaction and a greater sense of community even though physical walkability is relatively lower.

This article is based on the paper, “The relationship between walkability and neighborhood social environment: The importance of physical and perceived walkability” in Applied Geography.