Despite gloomy predictions of a currency collapse in the lead up to the Great Recession, the US dollar has gained 37 percent in the last five years. Sandy Hager looks at why the dollar has defied expectations, arguing that it is supported by strong demand across the world for US public debt. This demand is supported, he writes, by the power of domestic owners of US debt, who are dominated by those in the top 1 percent of incomes, and who have the close grip on electoral politics needed to ensure that the US stays fiscally credible so that its debt remains a safe haven.

How much a dollar really cost?
The question is detrimental, paralyzin’ my thoughts

– Kendrick Lamar, How Much a Dollar Cost

2015 turned out to be a good year for Compton rap artist Kendrick Lamar. His album To Pimp a Butterfly debuted at the top of the charts, sold hundreds of thousands of copies and was nominated for Album of the Year at the 58th Grammy Awards. If critical acclaim and commercial success weren’t enough, President Obama declared one of the album’s tracks – How Much a Dollar Cost? – his favourite song of the year.

It was also a good year for the perplexing subject of Lamar’s celebrated song – the dollar. On a trade-weighted basis, the value of the US dollar (USD) climbed eight percent over the course of the year to November. These most recent gains are part of a broader upturn that has seen the USD increase 37 percent since mid-2011.

It wasn’t all that long ago experts were forecasting a rather different future for the USD. In the lead up to the global financial crisis, many fretted about the fragile nature of US current account and budget deficits. Once the inevitable crisis hit, they argued, capital flight would ensue, leading to a sudden collapse of the USD and the end of American dominance in global finance. A crisis, in Paul Krugman’s estimation, might serve as a Wile E. Coyote moment, with the USD mimicking the plunge of the hapless cartoon character as he unwittingly runs off a cliff.

But the Wile E. Coyote moment never came. In fact, the USD has strengthened since the crisis. Kendrick Lamar, it seems, is not alone; the dollar also produces thought paralysis in even the most renowned economists.

So why did experts get it wrong? This question serves as the starting point for Eswar Prasad’s insightful book The Dollar Trap: How the US Dollar Tightened Its Grip on Global Finance. According to Prasad, predictions of the dollar’s demise failed because they overlooked the indispensible role of the US Treasuries market – the market for US public debt – as a safe haven for global investors.

The US Treasuries market is one of the largest and most liquid financial markets in the world and Treasury securities are treated as the premier “risk-free” asset. Since the 1970s, foreigners have rapidly accumulated Treasury securities and now own roughly half of the US public debt. This insatiable foreign demand for Treasuries, Prasad observes, is what buoys the value of the USD.

Foreign appetite for Treasuries is driven by a number of factors. Since the Asian Financial Crisis of 1997, central banks in emerging markets have stockpiled Treasuries as a form of “self insurance” against the volatility of global capital flows. Central banks in export-led countries, especially China, recycle their USD reserves back into Treasuries to prevent the appreciation of their own currencies. Foreign private investors buy Treasuries as a refuge from financial turbulence and in response to regulatory changes, which require banks to hold more “risk-free” assets on their balance sheets.

Why do investors treat the US public debt as a safe haven? Part of the reason, Prasad explains, is systemic. The US simply remains the best investment option in a world of bad investment options. Just look at dysfunction in the Eurozone or at opaque political institutions in China, and the (relative) safety of US Treasuries makes a lot of sense.

But Prasad also claims that domestic politics play an important role in reinforcing the safe haven status of US Treasuries. The domestic owners of the other half of the public debt, in his view, are mainly retirees that heavily invest in Treasuries either directly or indirectly through pension and mutual funds. As a “powerful political constituency,” older Americans vote in greater numbers and often live in electoral swing states such as Florida.

Domestic owners of the public debt therefore provide a powerful check on politicians – they pressure the government to maintain its fiscal credibility, which bolsters the appeal of Treasuries in the eyes of their foreign counterparts. In this way, domestic owners help to explain the safe haven status of US Treasuries and the resilience of the USD.

In emphasizing domestic politics, Prasad develops one of the most nuanced accounts to date of the global monetary order. But what are we to make of his categorization of powerful domestic owners as retirees? In the field of gerontology, researchers have consistently shown that this image of seniors as a juggernaut in US politics is empirically dubious, an unhelpful (and potentially harmful) myth that is perpetuated by the popular media. What is more, this image of powerful seniors goes against an increasingly accepted view amongst researchers: that the infamous top one percent wields the real power in US politics. 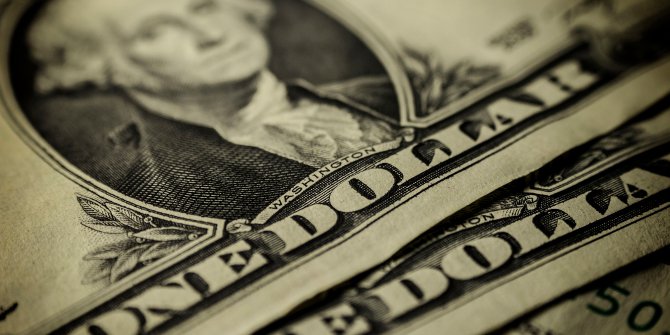 Why does this matter? The results of my research don’t alter Prasad’s conclusion. Whether focusing on age or class, domestic owners of the public debt still reinforce the safe haven status of the US Treasuries market. But what my research does indicate is that the power of these domestic owners is actually much stronger than Prasad’s account would have us believe.

Taking into account the power of domestic owners of the public debt, as well as the systemic shortage of other safe assets, the role of Treasuries as a global safe haven is set to endure into the foreseeable future. Thanks to this essential safe haven role, the USD is unlikely to face the spectacular collapse that many were predicting before the crisis.

What about the long-term stability of the current order? This question is decidedly more difficult to answer, especially given China’s willingness to take more of a leadership role within the global financial system. With uncertainty looming in the long-term, the USD will continue to baffle both rap artists and experts alike. But for now there are compelling reasons, both global and domestic, that help de-mystify the resilience of the USD.

Sandy Brian Hager – Harvard University
Sandy Hager is a Post-Doctoral Researcher at the Weatherhead Center for International Affairs at Harvard University. He is the author of Public Debt, Inequality and Power: The Making of a Modern Debt State (2016, University of California Press).