On Wednesday this week, Maine’s Pine Tree Politics praises the state’s Governor, Paul LePage for abandoning this year’s State of the State address. They comment that the ‘specialness’ of the event has been eroded in Maine and that the speeches have lost their meaning, impact and value.

Moving south, NH Labor News writes this week that even though seven out of ten minimum wage workers in the Granite State are women, the state’s Republican US Senator, Kelly Ayotte voted against a Congressional measure to increase the minimum wage to $10.10 because of pressure from the Koch brothers’ Americans for Prosperity advocacy group.

In Vermont this week, VTDigger says that GOP gubernatorial candidate Bruce Lisman has criticized Governor Peter Shumlin’s recent proposals to raise revenues by taxing dentists and doctors and for not doing more to curb the state’s expenditures.

State of Politics reports that New York State Governor Andrew Cuomo’s proposals to introduce paid-family leave have had a lukewarm reception in the state’s Assembly. They say that Assembly members aren’t that keen on Cuomo’s plan because they believe that their version would be a better one. 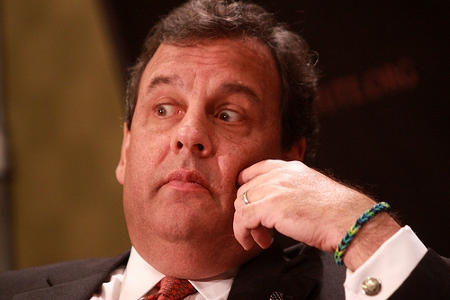 People are sending mops to New Jersey Governor Chris Christie writes PolitickerNJ this week. Christie’s comments of “You want me to go down there with a mop?” earlier this week to a woman in New Hampshire who asked him why he wasn’t in his home state to supervise recovery efforts from winter storm Jonas has led to his constituents’ largesse with cleaning-products.

In the Keystone State, PoliticsPA says that the State House has launched impeachment proceedings against the state’s embattled Attorney Kathleen Kane.  Kane is facing charges of perjury and obstruction of justice concerning an alleged campaign to leak secret information.

On Thursday this week, Delaware Liberal reports that in the First State a state Senate Bill to increase the minimum wage to $10.25 in 2020 has passed, but not without amendments; the original plan to link further increases past 2020 with increases to the Cost of Living Adjustments did not make it through the Senate.

It’s not been a great week for race relations in the Peach State. Better Georgia says that not only was a top official in the state’s Department of Education fired for posting racist, homophobic and Islamophobic comments on Facebook, a state Representative has now defended the KKK in a newspaper interview.

Continuing south to Florida, Saint Peters blog writes that state legislators have taken steps to ensure that the Sunshine State continues to preserve the death penalty. The move comes in response to a recent US Supreme Court decision that the state’s death penalty procedure is flawed because it allows judges not juries to decide on death sentences. The new legislation will require that a majority of jurors recommend that a judge imposes the death penalty. 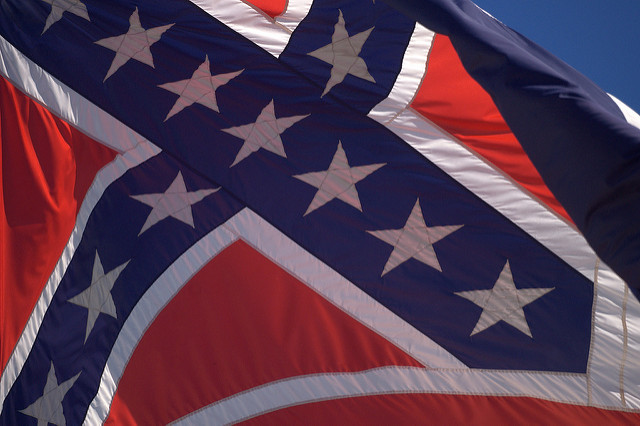 Wednesday sees Mississippi’s Y’all Politics discuss the politics of the state’s flag. They say that much has changed since voters opted to keep the current flag in a referendum in 2001, and that whether or not the current flag best represents citizens of the Magnolia state is up for debate.

Meanwhile Graft Lies & Politics of Louisiana says that while the state already has the sixth lowest tax rate in the country, the business community has heavily criticized new Democratic Governor John Bel Edwards’s tax proposals which would address the state’s ‘fiscal disaster’.

Moving west, Arkansas blog says that State Senator Jason Rapert has had a falling out with Wikipedia editors over his ‘less than neutral’ edits to his own page. Rapert has apparently threatened legal action over his Wiki page, something that seems to have gone down like a lead balloon with the site’s editors.

This week in Michigan, eclecta blog writes that the state’s Governor, Rick Snyder has put Richard Baird in charge of responding to the ongoing Flint water crisis. They say that Baird has been linked to numerous scandals including being accused of illegal lobbying, and are ‘astonished’ that Snyder would appoint someone with such a sordid history to what it is a critical position.

Heading over to Illinois, Capitol Fax reports that Chicago’s Mayor, Rahm Emanuel has stated this week that the state’s Governor, Bruce Rauner is ‘his own worst enemy’ after Rauner criticised him, and that Emanuel has said that Rauner should do more to address the problems that face the entire state. This week Rauner also delivered the annual State of the State address. Progress Illinois says that the critics have commented that the Address sidesteps the state’s blaring fiscal problems and the numerous casualties of the state’s ongoing budget impasse. 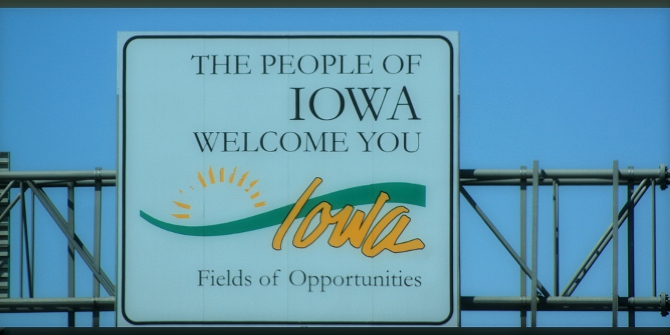 Iowa is in the national spotlight this week, with voters going to the polls in the Iowa Caucuses which will mark the formal beginning of the presidential primary nomination process. Blog for Iowa says that Iowans take their first in the nation status with a great deal of seriousness, and that many people who are planning on attending the caucuses are have been having deliberations for months. Staying in the Hawkeye State, The Iowa Republican comments that with jobs and economic growth recovering at the slowest rate in decades, working Iowans are asking, ‘what economic recovery?’.

Moving on to South Dakota, Dakota Free Press says that the state’s Legislature is considering a petition which would eliminate the petitioning process for candidates with money. The new bill would mean that rather than having to obtain 1 percent of the votes cast for their party’s gubernatorial candidate, petitioners could just send 1 percent of the salary for the office they are seeking (as low as $60 for the legislature), which would put them on the ballot.

On Friday, Colorado Peak Politics looks ahead to the state’s legislative agenda for 2016. New measures include a bill which would loosen restrictions on home brewing in the Centennial State, but they say that there are still many ‘dumb laws’ they would like to see rewritten.

Blog for Arizona says this week that proposals to introduce the ‘Top Two’ primary to the Grand Canyon State are intended to ‘demolish’ Democrats there, even in districts which have large Hispanic populations that have traditionally voted for the Democratic Party.

Heading up to Idaho, Eye on Boise says that a state Senator has refused to schedule a hearing or an introductory one on minimum wage legislation, citing a lack of political support in the legislature. The bill would raise the state’s $7.25 an hour minimum wage to $8.50 in July next year, and $9.75 the following year, as well as raising the minimum wage for tipped workers.

Moving west to Oregon, Blue Oregon says that this week’s Earned Income Tax Credit (EITC) Awareness Day should be the last one in which the Beaver State ranks dead last in participation. They comment that Oregonians don’t claim the EITCs to which their entitled to the tune of $124 million.

Down in the Golden State, Fox & Hounds reckons that despite recent comments from Governor Jerry Brown that the state will do more to plan for its fiscal future, this year’s $171 billion budget proposals could lead to a $29-43 billion deficit in 2020 if another recession hits. Still in California, Flashreport argues that government unions are destroying the state because of their political power and massively unfunded liabilities which currently stand at over $250 billion.