In The Fence and the Bridge: Geopolitics and Identity Along the Canada-US Border, Heather N. Nicol adds to growing analyses of the functioning and perception of borders by focusing on the historical development of the Canada-US border-security relationship, tracing it from the present post-9/11 era back into the preceding centuries. While the book does tend to assume Canada as a country subject to US dominance, thereby inhibiting consideration of the growing harmonisation of North American security policies, Iván Farías Pelcastre finds this a worthy contribution to studies into the contested meanings of borders in the specific context of US-Canadian relations.

In The Fence and The Bridge: Geopolitics and Identity Along the Canada-US Border, Heather N. Nicol examines the ideas, narratives and perceptions through which these two North American countries see the boundary that both unites and divides them. The book contributes to the analysis and discussion of the historical transformation of the concept of borders, and the ideas that surround their management and maintenance. Specifically, Nicol examines and prompts readers to question the basis of current political ideas on US and Canadian borders and their significant impact on the design and implementation of their corresponding domestic and foreign policies. Nicol is particularly interested in and concerned about the rise of a securitisation agenda in North America after the events of 9/11, and how this has influenced and impacted Canada’s perception and management of its own borders.

The innovative aspect of Nicol’s work lies in highlighting the centuries-long struggle that underpins current understandings of, and policies on, US-Canadian border management. Through the analysis and discussion of various historical episodes and cultural expressions surrounding bilateral agreements on US-Canadian borders, she demonstrates that behind the practical commitments and bilateral policies established between the US and Canada on border control lies a number of ideological differences that are unlikely to be reconciled in the near (or even distant) future. Nicol argues that such differences result from perpetual attempts by the US to impose its hegemonic practices, ideas and culture onto other countries, including Canada, and the unceasing determination of Canadians to construct and maintain an identity of their own, i.e. not ‘American’. It is in the context of this discussion that Nicol introduces the idea of ‘reflexive transnationalism’, to understand and explain the ways and means through which Canadian and US nationalisms have been constructed, divided and even connected by their shared borders.

Nicol uses representations, metaphors, stereotypes and other popular culture references, such as cartoons, to identify and illustrate US and Canadian attitudes towards their common borders. She argues that these images and texts are just as important as political speeches or diplomatic documents in constructing national and transnational identities and hence ideas embedded in current border security arrangements. Most of these images and texts convey a hegemonic ideological and economic discourse from the US, which is portrayed as a continental giant always adamant to pressure, manipulate and even absorb an always ‘resistant Canada’, focused on nation-building.

For instance, Nicol discusses the content of newspaper articles written in the 1900s, which are said to represent the then allegedly pacific-but-imperialist narrative underlying US policies towards Canada. While some stated that ‘Canada today owes its national existence to the forbearance and to the pacific policy of the United States’, others straightforwardly confirmed a ‘national motive’ for the US invasion of Canada, which could only benefit from the protection of Uncle Sam – whether it wants it or not (71,76). Nicol argues that the rise and dissemination of these attitudes and ideas among people and policymakers on both sides of the North American borders progressively transformed them from mere geographical pointers into sites of securitisation. Through the analysis of these and other texts, Nicol concludes that the US and Canadian borders have never been solely markers of the confines of different socio-political communities, but have been built on the rationale of protection against hostility – be it from one’s neighbour’s hegemony or the threats of a post-9/11 world.

While Nicol’s analysis is noteworthy, the book is strongly oriented towards a Canadian audience and presents a partial view of Canada as an ever-pacifist country which has been subjected to US dominance. Depicting Canada as the sole target of US hegemony in the American continent is not only inadequate, but also inaccurate. For instance, Nicol incorrectly describes the ‘Manifest Destiny’ as ‘the belief that [the United States of] America had a divine role to play as a ruler of the North American continent’. She argues that this belief led the US to regard its border with Canada as nothing but an inconvenient line which needed to be erased.

Such an assertion, however, not only inaccurately describes the Manifest Destiny, but also underrates its impact on other countries, which were substantially more affected by the prevalence of this belief in the nineteenth and twentieth centuries than Canada has ever been. The Manifest Destiny was actually the belief that the United States were destined to expand throughout and dominate the whole American continent, i.e. not just Canada. Although Canada might have endured diplomatic and ideological pressure from the US resulting indirectly from the prevalence of the Manifest Destiny, Mexico, Cuba and the rest of Latin America endured direct military interventions, invasions and territorial losses directly resulting from this belief. By overlooking such substantial differences, Nicol compromises the potential use of the book in comparative political or international relations studies beyond Canada.

Moreover, the book’s significant emphasis on the emergence of a US-Canadian transnational identity, emerging from US hegemony and Canadian ‘nation-building’, inaccurately captures the expanding cooperation and ideological alignment that has occurred – either to the right or left – between various administrations, for instance those of President Jimmy Carter and Prime Minister Pierre Trudeau or Prime Minister Stephen Harper and President George W. Bush. The simplification of US and Canadian positions on border cooperation, cross-border trade and security initiatives seems to be aimed at reaffirming Canadian identity as ‘not American’, rather than analysing the basis of the unprecedented harmonisation of North American border, security and immigration policies.

In conclusion, Nicol makes a worthy contribution to US-Canadian border studies by providing a Canadian perspective on the increased hardening of what is ultimately an imaginary line dividing two imagined communities. Her work invites us to consider that ‘the meaning of borders is open to contestation’ (259), and that while their current management is a reflection of past popular understandings and nationalist ideas, these do not necessarily always mean the same thing to everyone. Indeed, a more cosmopolitan understanding of borders might emerge as peoples and countries uncouple the concepts of states and nations, through better and increased communication and understanding of each other’s societies. Nicol could increase her contribution to prompting such change by de-emphasising the differences between Captain Canuck and Uncle Sam, and examining in a more nuanced way the similarities between them.

Iván Farías Pelcastre  – University of Southern California
Iván Farías Pelcastre is a Postdoctoral Scholar and Visiting Fellow at the University of Southern California and a graduate of the PhD in Political Science and International Studies from the University of Birmingham. He is particularly interested in the analysis of policy interdependence and political integration between Canada, Mexico and the US resulting from the operation of the North American Free Trade Agreement, its side and parallel accords and their corresponding institutions. He is also currently exploring his long-time interest in Latin American-European relations. 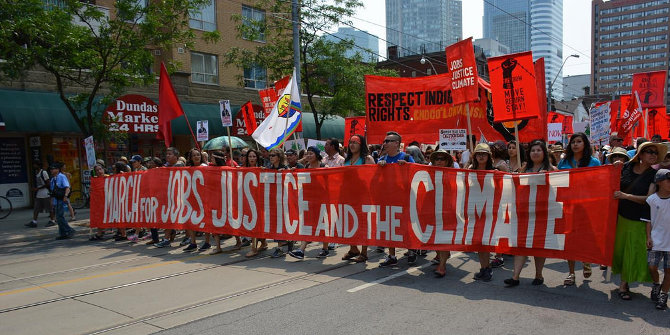 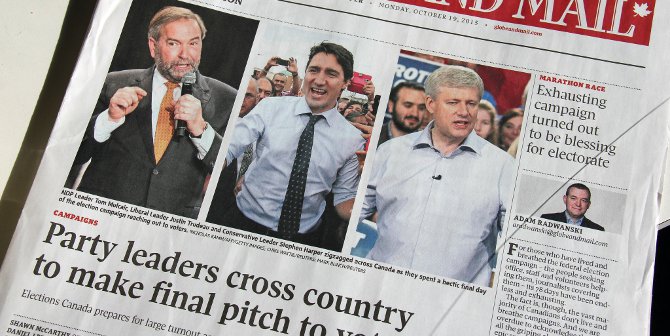 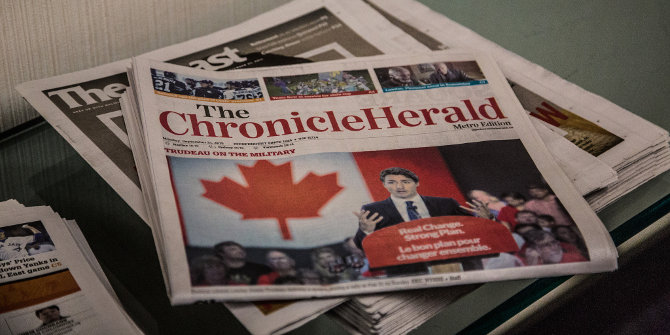