Can foreign aid be a useful tool to promote trade liberalization? In new research which studies 66 autocracies over two decades, Daniel Yuichi Kono and Gabriella R. Montinola find that foreign aid does encourage trade liberalization – but only in countries where leaders are politically insecure. They write that the less chance that an autocratic leader has of staying in power, the greater the effect of aid on tariff reductions.

Foreign aid remains a controversial topic. Some argue that foreign aid can reduce poverty and promote economic development. Others believe that it encourages corruption and props up unsavory regimes. Still others argue that aid can have either positive or negative effects, depending on the political circumstances of donors and recipients. Although a growing body of research supports this third perspective, the effects of foreign aid remain very much in dispute.

One question that continues to preoccupy policymakers is whether foreign aid can encourage market-oriented policy reform. International financial institutions such as the International Monetary Fund have long sought to promote such reform by attaching policy conditions to aid. Since 2001, the United States has provided more than $6 billion in aid to encourage developing countries to reduce trade and investment barriers. In general, conditioning aid on policy reform has not worked: recipients typically disregard such conditions once they receive the aid. However, aid could promote reform in other ways. For example, recipient governments could use the money to buy off or repress opponents of reform.  In new research, we investigate this alternative channel.

We argue that foreign aid can promote trade liberalization, an important type of market reform. However, it does so only when recipient leaders are short-sighted: that is, when they are focused on their immediate political survival. This is because the costs and benefits of trade liberalization are realized at different times. The costs are immediate: for example, import-competing industries lose profits and jobs. The benefits are more distant: for example, economic output may be higher once the economy adjusts and workers find new jobs in more competitive sectors. These differently timed effects have important implications for the incentives to liberalize trade. Politically secure leaders have stronger incentives to liberalize, as they expect to remain in power to enjoy the resulting benefits. Politically insecure leaders have weaker incentives to liberalize, as they are unlikely to survive the short-term adjustment costs. All things equal, we thus expect politically secure leaders to be more likely to liberalize trade.

To test this hypothesis, we examined how leaders’ survival prospects affect the relationship between foreign aid and national tariff rates. Our measure of survival prospects was developed by Joseph Wright and is the predicted probability that a given leader will remain in power in a given year. Foreign aid is logged official development assistance as a percentage of gross domestic product, while tariffs are average statutory tariff rates. Our sample encompassed 66 autocracies from 1982 to 2002: we focused on autocracies because Wright’s measure was developed for autocrats and cannot easily be extended to democrats.

Consistent with our hypothesis, we find that foreign aid leads to significantly lower tariffs only when leaders are politically insecure. Our results are summarized in Figure 1. The horizontal axis shows leaders’ probabilities of staying in power, while the vertical axis shows the impact of foreign aid on national tariff rates. The solid line indicates our estimate of aid’s effects, while the shaded area represents the 90-percent confidence interval.

As shown in Figure 1, when leaders have only an 80 percent chance of surviving, a one-unit increase in logged aid leads to a 45-percentage point reduction in tariffs. This effect dwindles, however, as leaders become more secure, becoming statistically insignificant when leaders have a 92 percent chance of surviving (about the tenth percentile of our sample). Because the variation in logged aid is small—the standard deviation is only 0.66—these estimates overstate the typical impact of aid. However, a one-standard deviation increase in logged aid leads to tariff reductions of 30 percentage points at the sample minimum, 11 percentage points at the fifth percentile, and 7 percentage points at the tenth percentile. The substantive effects of foreign aid are thus intuitively reasonable: aid promotes tariff liberalization in about ten percent of our sample, and within this subsample, it leads to major liberalization in a few cases but modest liberalization in most.

Our results suggest that aid donors who wish to encourage policy reform can do so more effectively by targeting aid toward politically insecure leaders. We hasten to add that these leaders may not use the aid itself effectively—in fact, our argument assumes that insecure leaders use aid to prop up their rule rather than for poverty reduction or economic development. Building on this point, Joseph Wright has shown that politically secure leaders are more likely than insecure ones to invest aid productively. Whether donors should target aid toward secure or insecure regimes may thus depend on what kind of policy response they are seeking—and specifically on whether they want the aid to be spent well or to influence policy choices in other domains. In any case, the results presented here should help lead to more informed decisions about aid allocation.

This article is based on the paper, ‘Foreign Aid, Time Horizons, and Trade Policy’, in Comparative Political Studies.

Daniel Yuichi Kono – University of California, Davis
Daniel Yuichi Kono is an Associate Professor of Political Science at the University of California, Davis. His research focuses on the political economy of international trade and foreign aid. He has published articles in the American Political Science Review, Comparative Political Studies, International Studies Quarterly, the Journal of Politics, and other journals.

Gabriella R. Montinola – University of California, Davis
Gabriella R. Montinola is an Associate Professor of Political Science at the University of California, Davis. Her current research focuses on the political consequences of foreign aid.  She has published several articles in academic journals, including the Journal of Politics, British Journal of Political Science, Comparative Political Studies, and Studies for Comparative International Development. 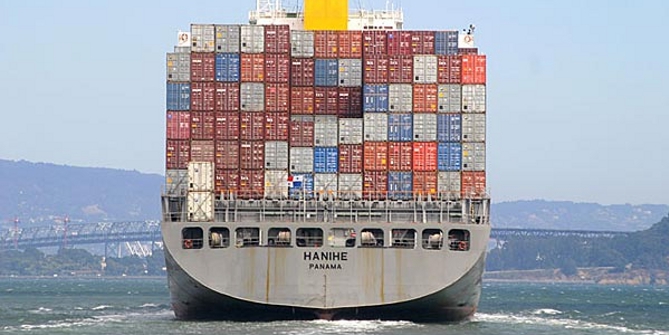