On Sunday, miscellany: blue of New Hampshire writes that “angry” state legislators have denounced a state Senate vote which rejected a bill which would have reduced the penalty for marijuana possession in small amounts from a misdemeanour to a violation.

VTDigger meanwhile looks at a new report which finds that women in the Green Mountain State are working in the 1970s, with women clustered in very similar occupations, such as nursing and office administration, as they were forty years ago.

Heading south to Rhode Island, RIFuture argues that the state’s legislators should prioritise workers, rather than reducing estate and corporate taxes. They say that for $4 million, the state could increase the estate tax exemption – affecting about 100 estates – or expand the state’s Earned Income Tax Credit to 15 percent of the federal rate, helping 83,000 Rhode Island workers.

Is New York Governor, Andrew Cuomo facing his own “Bridgegate” scandal? State of Politics looks at the parallels between the investigation into Cuomo into lobbying around the state’s economic development plan for Western New York, and the scandal that engulfed the New Jersey Governor, Chris Christie in 2014.

Moving on to New Jersey, Save Jersey reckons that Donald Trump and the state Senate President, Democrat Steve Sweeney have a few things in common, including that they are both shameless when it comes to using victims to manipulate people’s emotions. In Sweeney’s case, they’re referring to using the victims of gun crimes to push gun control legislation. Staying in the Garden State, PolitickerNJ has the news that Assembly Speaker Vincent Prieto has a competing bill with Sweeney for a state takeover of Atlantic City. They comment that Governor Chris Christie is likely to prevent Prieto from being able to pass his bill.

Georgia Pol reports Tuesday that Governor Nathan Deal has vetoed so-called “campus carry” legislation which would allow students with concealed carry permits to possess guns on parts of the University of Georgia campus.

In North Carolina this week, Progressive Pulse has a few updates on HB2 – the state’s controversial ‘bathroom bill’. They say that federal agencies are looking at the measure and how it conflicts with federal law, and that Governor Pat McCrory has ‘laughed off’ the accusation that Bruce Springsteen cancelled a concert in the state because of the law.

Speaking of transgender ordinances, Yellowhammer has the news that the city of Oxford, Alabama has rescinded a measure which would ban people from using a public restroom which did not correspond with their sex at birth. They say that the members of the Oxford City Council who decided to change their position on the law had been advised to do by their attorneys, less the city face the possibility of legal action.

Down in Florida, Saint Peters blog reports that the state’s Supreme Court heard arguments this week over whether the state will execute a convicted murderer, or overturn his sentence. They say that the man’s legal counsel has argued that errors in the sentencing process should invalidate his sentence, while state attorneys maintain that these errors were not serious enough for anything less than the death penalty to be given.

Moving on, Arkansas Times says that the state’s taxpayers are subsidizing wealthy Chinese communists to the tune of $100 million for the construction of a pulp mill in the state.

Over in the Lone Star State, Burnt Orange Report writes that Uber and Lyft have spent more than $8 million in local election spending. The spending is in support of Proposition 1, which would stop a bill requiring fingerprint-based background checks for Uber and Lyft drivers from going ahead.

In the Hoosier State this week, Indy Democrat blog comments that it’s still too early to call the state’s US Senate race, despite polling putting GOP Representative Todd Young ahead of Representative Marlin Stutzman to face Democrat Baron Hill in the fall. Staying in Indiana, Howey Politics has ten takeaways from the state’s “epic” primary; including that Todd Young is the favourite to win the state’s open US Senate seat, and that it’s possible for an out of state candidate to move into a local district and then win a primary.

Progress Illinois writes Tuesday that the state’s budget impasse is destroying mental health services in Illinois. The budget standoff – ongoing since July – has meant that many mental health services have gone unfunded for ten months. Staying in Illinois, Capitol Fax reports that a new poll has found that Chicagoans are fed up; a majority supports the decision of the city’s teachers union to strike, nearly half of all Chicago parents with children want to leave the city, and only 1/3rd of residents think the city’s police are doing a good job.

Over in Missouri, Show me Progress says that research has shown that the state’s 2007 repeal of a law requiring a permit to buy a firearm was followed by a 25 percent increase in the state’s homicide rate. They comment that despite this evidence, state lawmakers are proposing to loosen gun restrictions even further.

On Tuesday, Say Anything comments that North Dakota’s voting laws undermine the state’s political parties. Why? The state is the only one with no voter registration, meaning that anyone can vote in any primary, meaning that voters can bypass a party’s preference for nominees for statewide offices.

Montana Cowgirl blog writes this week on why a $14,000 donation by gubernatorial candidate, Greg Gianforte to a creationist museum in the state matters. They say that the donation is not about religious freedom, but about advancing the indoctrination of children with the “intellectual equivalent off rancid garbage”.

Heading down to New Mexico, Joe Monahan says that the “Trump victory train” is header their way for the state’s June 7th primary. They comment that Trump’s unpopularity with Trump puts GOP Governor Susana Martinez in a bind; if she endorses The Donald, then this might hurt the party in statewide races.

Heading west to Arizona, Blog for Arizona comments that Senator John McCain is in the “race of [his] life”, worrying that having Donald Trump on the top of the ticket might hurt his chances of reelection this fall.

In the Golden State this week, Fox & Hounds has the news that the state is on the verge of legalizing marijuana (via a fall ballot measure), at the same time it’s putting more restrictions on cigarettes.

Moving north, Oregon Catalyst argues that the race for Secretary of State is critical, and outlines how the position’s duties have expanded in terms of their scope and importance over time.

Finally in Hawaii, Honolulu Civil Beat writes Tuesday that the state wastes more than 1/4th of all of its food. 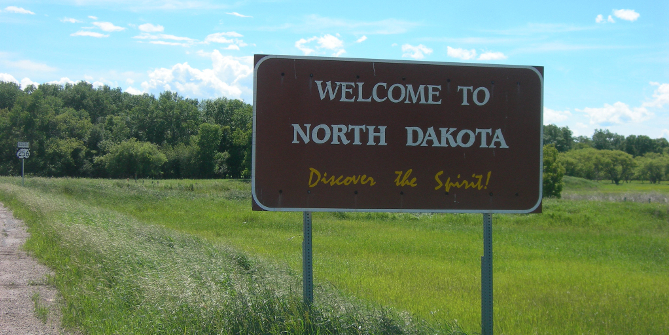 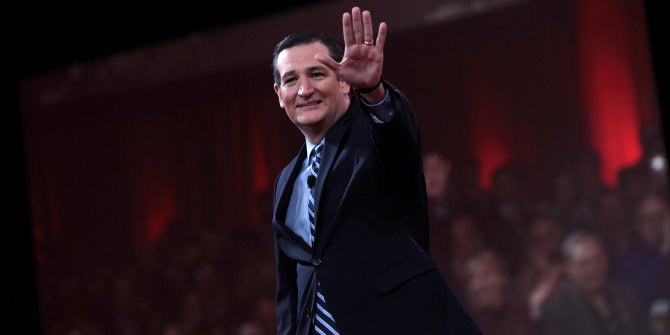 Ted Cruz announces for president, budget ‘vote-a-rama’, and the decline of American exceptionalism: US national blog round up for 21 – 27 March 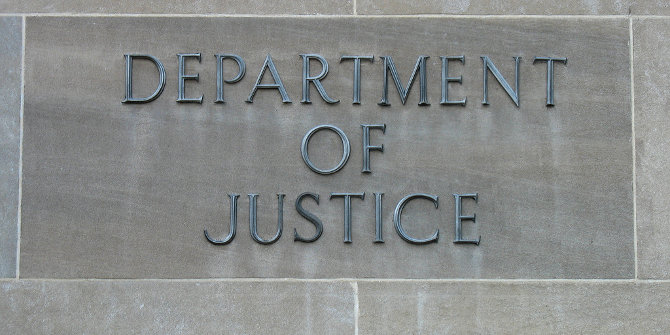