The PollyVote project predicts the outcome of US presidential elections by combining forecasts from different methods, one of which are monthly expert surveys. Andreas Graefe writes that according to the latest survey, which now includes state-level experts; Hillary Clinton will win the election over Donald Trump with nearly 53 percent of the popular vote and 347 electoral votes.

Asking experts to predict what is going to happen is probably one of the oldest forecasting methods available. When it comes to predicting election outcomes, we expect experts to have experience in reading and interpreting polls, putting them in historical context, and estimating the likely effects of upcoming campaign events. While the judgment of a single expert should be treated with caution, combining the opinions of several or many experts improves accuracy.

We have conducted expert surveys as part of the PollyVote project since its launch in 2004. In these surveys, we asked experts to predict the national popular vote. As shown in the chart below, their forecasts have always added valuable information and thus contributed to the accuracy of the PollyVote.  On average, adding expert judgment to the combined PollyVote reduced forecast error by 15 percent.

Figure 1 – PollyVote error, with and without expert judgment 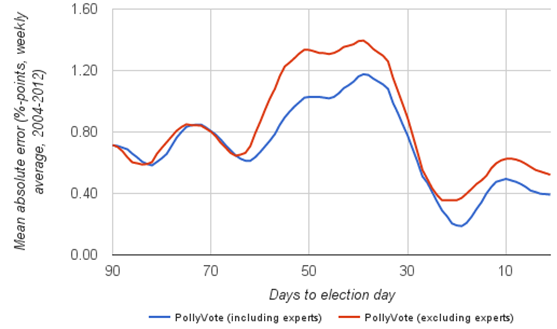 For this year’s presidential election, we launched our first survey in December 2015. Since then, the experts’ average forecast always had former Secretary of State Hillary Clinton in the lead, with a predicted share ranging from 52.2 percent to 55.5 percent of the major party vote, which excludes votes for third-party candidates. The latest survey conducted in late July predicted Clinton to gain 52.7 percent of the vote compared to 47.3 percent for Donald Trump.

Now, for the first time ever, we set out to conduct a state-level expert survey in order to predict the Electoral College. For this, we reached out to political scientists across the country and asked for their help. After respondents revealed their home state, they had to answer two short questions:

A total of 678 experts made estimates as requested. The number of experts by state ranged from one to 42. Figure 2 shows the number of respondents per state as well as the median answer for each question. We aim to recruit more experts in states with seven or fewer experts in future survey rounds. 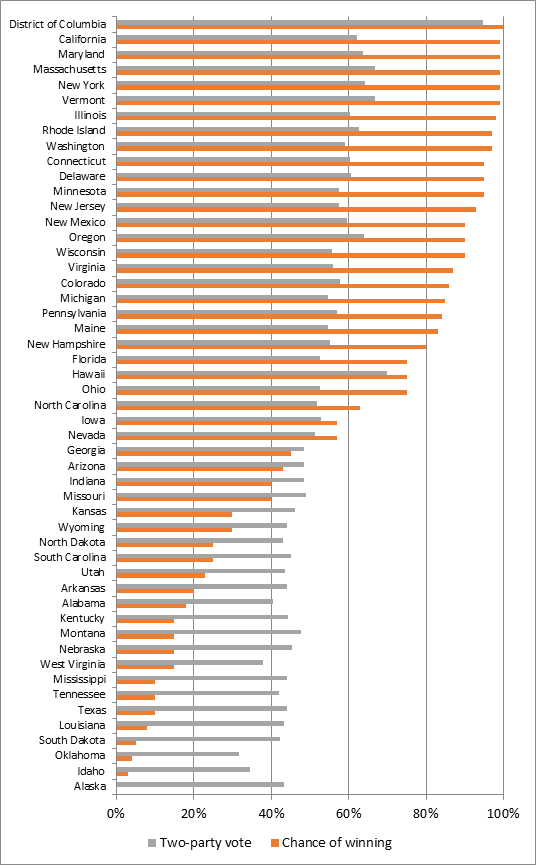 Figure 3 below shows Clinton’s chance of winning per state. This expert survey predicts that Hillary Clinton will win 347 electoral votes, compared to 191 for Donald Trump. This forecast is in line with those from Daily Kos, NYT Upshot, PredictWise, Sabato, and the combined PollyVote. 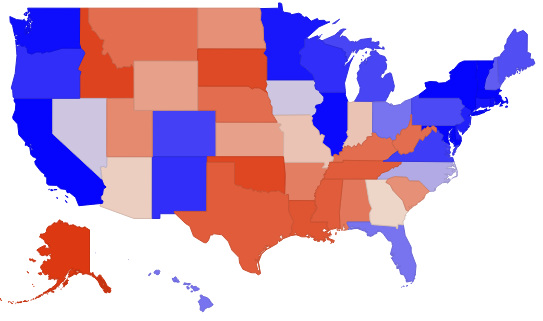