Despite the pervasiveness of cars and driving in the US, some cities are pushing public transit projects. But what are the benefits of such projects? In new research, Steven Spears looks at the impacts of a new light rail scheme in Los Angeles. Using a household survey, he finds that households near stations drove 29 percent fewer miles than those farther away 18 months after the new line opened, though the number of trips taken by car and rail remained the same. Households more than 1 kilometer away from stations did not change their driving behavior, however.

In spite of (and also because of) Americans’ longstanding love affair with the automobile, major light rail projects are moving forward in many US cities. And somewhat surprisingly, Los Angeles, the American capital of car culture, is home to what may be the most ambitious light rail expansion in the nation. One of the major factors shaping L.A.’s commitment to light rail is California’s Sustainable Communities and Climate Protection Act of 2008 (commonly known as SB 375), which requires coordinated transportation and land use planning to reduce transport-related greenhouse gas emissions.

Fueled by a 2009 local sales tax increase known as Measure R, Los Angeles has committed $14 billion to building or expanding six light rail lines over 20 years. Two major projects (the Expo Line and Gold Line extensions) have now been completed, and more than a half dozen are in the planning or construction phase. The hope is that new high quality public transportation, and transit-oriented development near stations, will help reduce the use of private vehicles.

But will this strategy pay off? How much impact can new light rail have on the travel of residents who live nearby, and what is the spatial extent of that impact? To find out, we conducted an experimental-control, before and after study of household travel changes around new light rail stations in Los Angeles. This longitudinal study is one of just a handful in the US that use experimental and control groups to study light rail behavior change, and the only one we know of that examines changes in vehicle miles traveled, an indicator of greenhouse gas emissions.

The object of our investigation was Phase I of the Expo Line, which extends 9 miles westward from downtown L.A. to Culver City. We surveyed households within one kilometer of six new Expo Line light rail stations, and others living from 1 to 5 kilometers away, six months before service began in April of 2011. We followed up with the same households again 6 and 18 months after the line opened. The design of our study was quasi-experimental, with households near the line receiving the treatment (new light rail service) and the similar households farther away serving as controls. Households provided a one-week count of trips made by each travel mode and daily vehicle odometer readings. They also completed a demographic and attitudinal survey. At each time period, we compared the travel of households near the stations to those farther away.

The results show that while experimental and control households exhibited no significant differences in travel before the opening of the Expo Line; households near stations drove 29 percent fewer miles than those farther away 18 months after the new line opened. Controlling for household size, number of vehicles available and income, this difference amounted to just under 11 miles per day.

But while the reduction in miles driven was sizeable and statistically significant, the results were a bit more nuanced than a simple substitution of rail trips for car trips. The number of trips driven by both groups remained essentially the same (approximately 3.5/day) throughout the study. However, households living near new stations drove about 4 fewer miles per trip 18 months after the rail line opened. This finding implies that households close to the Expo Line used the train primarily as a substitute for longer trips.  Looking at car trip length changes and the proportion of households near stations that used the train after opening, we estimate that 20 percent of the change in vehicle miles traveled can be attributed to direct substitution of rail for car trips, while 40 percent is the result of shorter trips.

In the context of California’s SB 375 legislation to reduce greenhouse gas emissions, and other policies designed to promote sustainability through coordinated land use and transportation planning, the limited geographic extent of the impact is noteworthy. In our study households, train use declined rapidly beyond ½ mile from a new station, and households located 1 to 5 kilometers from stations did not show any change in behavior due to the new service. This underlines the importance of dense transit-oriented development in conjunction with transit infrastructure investment.

The neighborhoods in the vicinity of the Expo Line stations studied here are generally built out at a medium density, limiting the potential for densification near stations. Our results appear to indicate that this type of environment can lead to a reduction in distances driven without a corresponding reduction in number of automobile trips. This implies that while the new light rail service may serve as a substitute for longer car trips, it has little effect on shorter trips for local shopping and personal services. This suggests a need for more evaluation studies in areas where dense and transit-oriented land uses exist at the time of opening.

Our results provide important insights into the effect of light rail investment on household travel and transportation-related emissions. Understanding and quantifying these impacts is crucial if cities in the United States are to move forward toward a sustainable future. But beyond the short-term travel impacts we examined, Los Angeles’ rail investment has the potential to transform neighborhoods – in both positive and negative ways.

The Expo Line Phase I corridor comprises primarily lower income minority communities, and is seen by residents along the corridor as both an economic benefit and a potential threat.  Will the Expo Line trigger new business activity that will provide jobs and retail opportunities?  Will it cause property value increases that displace current residents?  Or will it be a combination of both?

Answering those questions is beyond the scope of our study, but a large body of theory argues that changes in land use, economic development, and quality of life are longer-term effects that flow from shorter-term changes in accessibility.  Our focus on travel behavior change is an important first step toward understanding the longer-term community and climate impacts of major transportation investments.

This article is based on the paper, ‘Driving reduction after the introduction of light rail transit: Evidence from an experimental-control group evaluation of the Los Angeles Expo Line’, in Urban Studies.

Steven Spears – University of Iowa
Steven Spears is an Assistant Professor in the School of Urban and Regional Planning at the University of Iowa. His dissertation research, completed under the supervision of Doug Houston (UC Irvine) and Marlon Boarnet (USC), focused on the impact of social and psychological factors on travel behavior change. His current research examines the influence of the built environment on obesity and bicyclist safety, and the effect of automated vehicles on urban form. 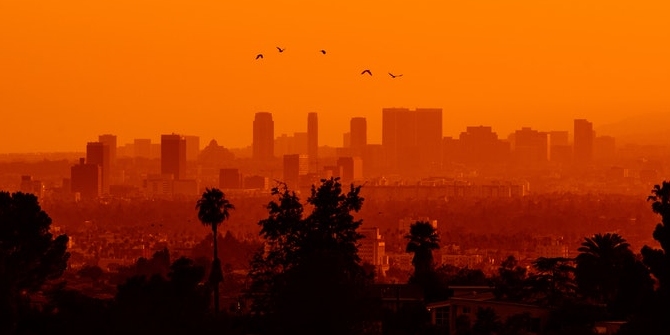 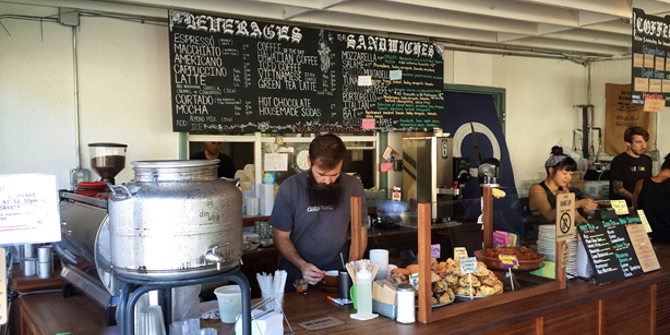 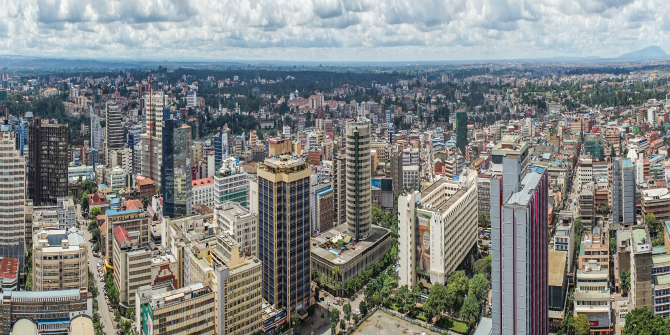