“Soft power” – a concept now more than 30 years old – is the ability of countries to succeed in their relations with others without coercion or payment. Nikolay Anguelov writes that the definition of soft power and the way it is put into practice is being challenged and changed by the technological innovation of new media and new means of communications. The soft power conversation, he argues, is now moving from one focused around diplomacy to being centered on the disaggregated, individually-led, and relatively uncontrolled digital sphere of clickbait and smart devices.

Since Joseph Nye coined the term “soft power” in the late 1980s, it has become a staple in the international lexicon of diplomacy.  Foundationally vested in America’s legacy, the concept refers to the ability of states to obtain preferred outcomes in their interactions with other states by attraction rather than coercion or payment.  The two decades after the end of the Cold War put America and its Western Allies in a position of geopolitical dominance, magnifying their ‘soft power’ capacity, and saw them seemingly attempt to package it as a saleable commodity.  However, this hegemonic state is rapidly changing.  Shifting economic, and consequently, geopolitical balances are moving from the “West” to the “East”, raising questions about perceived loss of confidence in ‘Western Civilization’.

In the last 10 years, in light of China’s rise, the resurgence of Russia on the world stage, and the proliferation of non-state actors in the Middle East, the concept of soft power has taken on renewed significance. Definitions of it abound and expansions of the examples and explanations of its various forms are offered from across the academy.  In global politics academic and professional fields, the concept is so often used it has become interlinked with diplomacy.  In international relations analysis it has become increasingly hard to make a distinction among the terms “soft power”, “diplomacy” and “cultural diplomacy”. Nye reflects on the conceptual development of soft power since he first defined it by likening the process as watching a child grow to become a dynamic individual that continues to evolve.

The other major change affecting soft power definitions and policies is technological innovation.  It has created new communication channels and an unprecedented level of connectivity in a multitude of ways.  New media has changed the direction of soft power message dissemination from its traditional diplomatic sources to “user-generated content” outlets where ordinary citizens, not government experts, start and dictate soft power conversations.  In this fairly new context, media dynamics have become the focus of political discourse today.  From the fake news phenomenon to cyber security to digital divide and its implications for social media political activism and engagement, the international relations conversation has honed in on our new connectivity through modern technology.  In a special report, Technology and Politics published in 2016, The Economist magazine offers an analysis on various sources of cyber political engagement.  In respect to technology, it explains that as German philosopher Jürgen Habermas argued:

“digital communication has democratic merits only in authoritarian countries, where it undermines the government’s information monopoly. Yet in liberal regimes, online media, with their millions of forums for debate on a vast range of topics, this could lead to a “fragmentation of the public” and a “liquefaction of politics”, which would be harmful to democracy.”

But that is the very problem with the ethnocentric definition of democracy.  We assume democratic action only aids the “good guys”.  We seldom think that democratic channels are used to recruit ISIS fighters or tend to discount historical facts that repressive regimes and leaders, such as Hammas, the Muslim Brotherhood, Hitler and Mussolini all came to power via democratic channels.  Of course, they nipped democracy in the bud once in office, but by then they had built political support in key constituencies that enabled them to conduct the policies for which they are infamous.  It is undisputable that in America the rise of Donald Trump is a product of a dynamic democratic process and it is becoming clearer that this process is centered in digital space, driven by user-generated content, and commercialized based on clickbait business models.

In this reality, the soft power conversation is changing from its traditional diplomacy legacy shaped by careful government actions in promoting the best of national cultural attributes to mass-consumer passionate exchange devoid of oversight. Traditionally this oversight came from media outlets that commercialized limited print or screen space.  Today this space is a small fraction of the digital world where soft power exchange is driven by non-traditional channels; constantly evolving and increasingly being shaped by individuals, not governments.

However, we must remember that this new digital world is a commercial market.  It is built on infrastructure and investment of private firms with licensing and regulation created by governments in the best economic interests of these firms.  The new telecommunications giants are leading multinational corporations, building cell towers and selling smart devices and data plans in deserts and cities alike.  The clickbait business model only works with critical mass of users.  Telecommunications firms grow today by making more citizens users and increasing their usage rates through offering a seemingly endless array of innovative tools and services.  Such increase also results in more political activism and a growing variety of platforms for political engagement. The power of image is magnified and our culture has become one of visual cues which we interpret in political ways. So, what is the soft power influence of governments then? Has it diminished or simply changed?

These issues mentioned in this blog post are explored in a new thematic collection: “Perspectives on Soft Power” in Palgrave Communications.

Nikolay Anguelov – University of Massachusetts, Dartmouth
Dr. Nikolay Anguelov is an Assistant Professor in the department of Public Policy at the University of Massachusetts, Dartmouth. He has a Ph.D. in Policy Studies with a focus on Rural and Regional Economic Development from Clemson University.  His research is interdisciplinary with a focus on international trade and diplomacy. His last two books are Economic Sanctions vs. Soft Power: Lessons from North Korea, Myanmar and the Middle East and The Dirty Side of the Garment Industry: Fast Fashion and Its Negative Impact on Environment and Society.

Posted In: Nikolay Anguelov | US foreign affairs and the North American neighbourhood 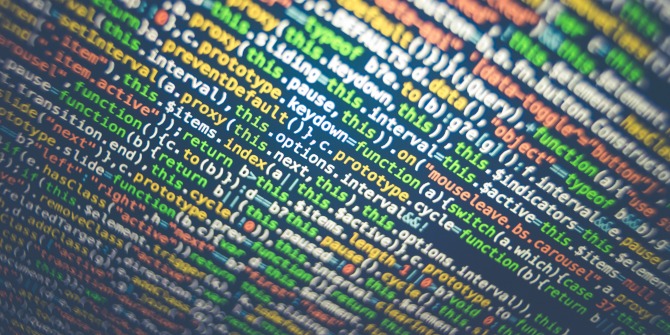