The shooting of African-American church goers by white supremacist Dylann Roof reignited a fierce discussion in the American South about the role of Confederate symbols in public spaces. Much of this falls under the ‘hate vs. heritage’ debate; that confederate emblems represent heritage as opposed to racial animosity. Research by Logan Strother, Spencer Piston, and Thomas Ogorzalek finds that those who support the public presence of Confederate emblems tend to have less knowledge of Civil War history, demonstrating that racial prejudice does explain much of the observed support for the Confederate flag, while Southern heritage appears to explain relatively little.

More than 150 years since the close of the Civil War, the Confederacy retains its ability to divide Americans. Recent battles over the removal of statues and other icons in the city of New Orleans demonstrate just how contentious those symbols remain. For many people—perhaps especially African-Americans—Confederate symbols such as the battle flag, and statues and monuments memorializing the Confederate cause and its heroes, unambiguously stand for white supremacy. Others, however, consider these symbols to be racially innocuous reminders of their past in general, and of Confederate soldiers’ valor on the battlefield in particular.

Six months after Roof’s murders, New Orleans Mayor Mitch Landrieu signed an ordinance calling for the removal of four Confederate monuments: statues of Jefferson Davis and Confederate Generals Robert E. Lee and P.G.T. Beauregard, and an obelisk honoring a violent uprising by the Crescent City White League against the Reconstruction Government of the South. The obelisk, known as the “Liberty Place Monument,” was the first to be taken down, on April 24, 2017. The statue of Jefferson Davis was next, coming down on May 11th. The removal of the statue of General Beauregard followed shortly thereafter on May 16th. Finally, the statue of Robert E. Lee came down on May 19th.

The removal of these symbols of the Confederacy has been controversial, to say the least. Protesters from around the country descended on New Orleans to voice their opposition to the removal of their cherished icons. Mississippi state representative Karl Oliver voiced his opposition in no uncertain terms: “The destruction of these monuments, erected in the loving memory of our family and fellow Southern Americans, is both heinous and horrific.” He went on to write that politicians who wished to remove the symbols “in a Nazi-ish fashion, burn books or destroy historical monuments of OUR HISTORY, they should be LYNCHED!”

Counterprotesters were also out in force, cheering the removal of what they view as baldly racist symbols from one of the darkest corners of the American past. Mitch Landrieu spoke for many of these protestors when he reminded us that for many people “These statues are not just stone and metal. They are not just innocent remembrances of a benign history. These monuments purposefully celebrate a fictional, sanitized Confederacy; ignoring the death, ignoring enslavement, and the terror that it actually stood for.” Tensions between the protestors ran high, and police made several arrests in the interest of maintaining the peace.

This episode highlights the ongoing conflict over Confederate symbols, and has been the source of significant debate as to what motivates some people, especially whites, to support the continued presence of those symbols in public life. Opponents of these symbols argue that the Confederacy stood for the subjugation of a race of people, and that their display is a constant reminder that many people continue to endorse, or at least tolerate, the racial oppression for which the Confederacy fought. Many supporters of Confederate symbols, on the other hand, claim that they are motivated by pride in their “Southern heritage” as opposed to racial animosity—“Heritage, not Hate” is the familiar slogan.

In an effort to answer this question of regional pride or racial prejudice with data—rather than the heated rhetoric that typifies the debate—we analyzed two surveys of white Southerners: one of residents of Georgia, the other of residents of South Carolina. Our study is the first to rigorously compare the relative influence of racial prejudice and purportedly non-racist Southern pride on support for the Confederate battle emblem. We contend that if some whites support the flag because it represents a legacy in which they feel pride, then we should expect those people also to be knowledgeable about Confederate Civil War history. That is, for pride in Confederate heritage to be meaningful, a person would first have to know something about that history. On the other hand, if racial prejudice is the key reason that whites support Confederate symbols, then we should see that racially prejudiced attitudes are more widely held among white supporters of the Confederate flag than among its white opponents. First, it worth pointing out that there is a significant racial gap in support for the Confederate flag: in both South Carolina and Georgia, large majorities of African-Americans oppose the display of the flag on state grounds, whereas support among whites is much higher. Because African Americans are so much more opposed to both the Confederate flag and to racial prejudice, including them in the analyses below would strengthen our findings. Including only white respondents should not be interpreted as a statement that only whites’ views are relevant to this debate; only that we are subjecting our data to a tougher standard of evidence by analyzing the views of the group that is actually likely to support these symbols.

Turning to the “heritage” or “hate” question, we restrict our analyses to white citizens. Here we focus on the survey of Georgians in particular, because it asked respondents a series of questions that provide unique leverage on the question of Southern heritage. Participants in that survey were asked two key questions about knowledge of Civil War history that we used to capture the “heritage” argument: first, they were asked if they could correctly identify the (in)famous Union general William Tecumseh Sherman; then they were asked if they could name any Civil War battles (we counted up to two battles, so that knowledge varies from 0 to 3 in our data); questions we do not believe to be esoteric or tricky. Participants were also asked a number of questions to gauge their attitudes on race, such as whether they object to interracial dating.

Figure 2 shows the key findings. The more questions about Southern Civil War history that a participant answered correctly, the less likely it was that the person favors the Confederate flag. Indeed, people who failed to answer any question correctly (i.e. could not name a single Civil War battle, nor identify William Tecumseh Sherman) were more than twice as likely to favor the Confederate flag than were people who got all of the questions correct. Importantly, we found that this relationship holds even after statistically controlling for a number of factors, such as education, age, and political ideology. In sum, we find little support for the “heritage” argument in our survey of white Georgians.

Figure 2. Knowledge of Confederate history and support for the Confederate flag among white Georgians

Figure 3. Racial prejudice and support for the Confederate flag among white Georgians

Figure 4. Discrimination beliefs and support for the Confederate flag among whites in two states

The continued presence of the Confederate flag, as well as of monuments to Confederate leaders, on public grounds will surely continue to generate tension. Our research offers us unique leverage on a key question that runs through these debates: whether “Heritage or Hatred” best explains support for these divisive symbols. On balance, we find that racial prejudice is tightly bound up with white support for Confederate symbols. On the other hand, we find little support for the “heritage” argument; indeed, in the best test of that argument yet conducted, we find that knowledge of Civil War history actually correlates with less support for Confederate emblems (using different measures of “Southern Pride” did not alter the findings). Very importantly, these relationships remain strong and statistically significant after controlling for a variety of political and demographic factors, including partisanship and political ideology, education, age, income, and the like.

To be very clear, we do not make the claim that racism is the only source of support for Confederate icons; nor that every supporter of those icons is racist. Racial prejudice does explain much of the observed support for the Confederate flag, however, while Southern heritage appears to explain relatively little. To put the point a little differently, supporters of Confederate monuments argue that an important reason for them to stay up is to remind us of our history—but that argument is advanced by people who, on average, know significantly less about Civil War history than those who favor removing the monuments.

Take Down The Confederate Flag Rally at SC State House by Perry B McLeod is licensed under CC-BY-NC-SA-2.0.

This article is based on the paper, “Pride or Prejudice? Racial Prejudice, Southern Pride, and White Support for the Confederate Battle Flag,” forthcoming in the Du Bois Review.

Logan Strother – Princeton University
Logan Strother is CKF Postdoctoral Fellow, and Visiting Scholar in the Program in Law and Public Affairs at Princeton University. His research, which is focused on the intersections of public law and public policy, has been published in the Journal of Law and Courts, Policy Studies Journal, and Political Communication, among others.

Spencer Piston – Boston University
Spencer Piston is Assistant Professor in Political Science at Boston University. His scholarship, which examines the impact of attitudes toward social groups on public opinion and political behavior, has been published in such journals as The Journal of Politics, Public Opinion Quarterly, Political Behavior, Political Communication, and Political Psychology. He was named a Distinguished Junior Scholar by the Political Psychology Section of the American Political Science Association, and his research has won numerous awards, including the LGBT Caucus Bailey Award and the State Politics and Policy Award. 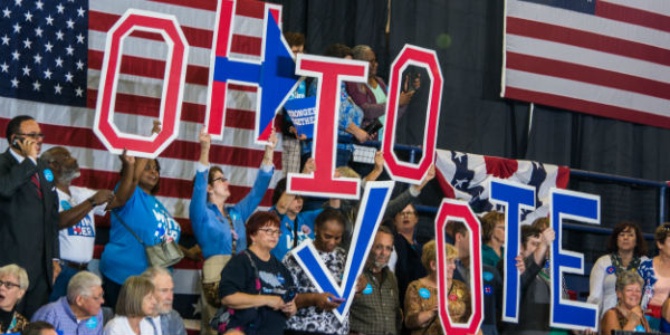 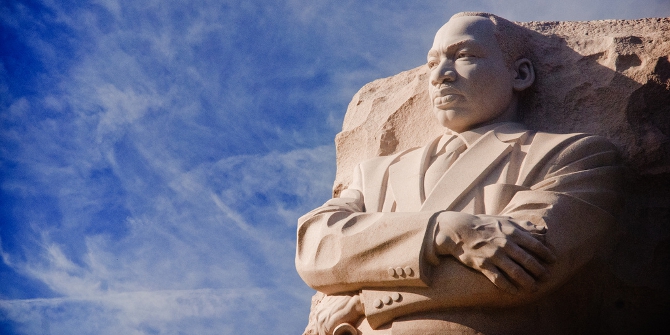 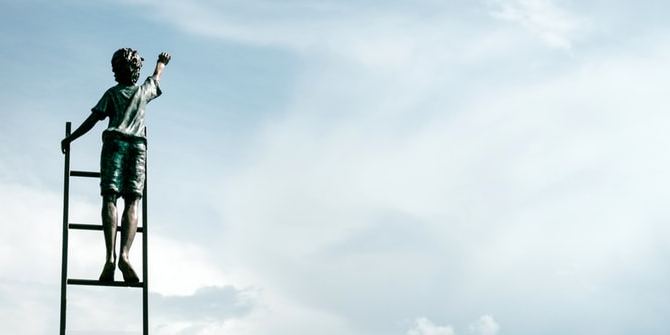 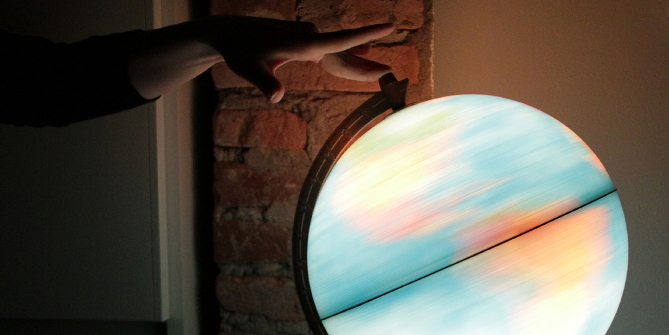