Last month President Trump released a new National Security Strategy (NSS) mapping out his administration’s foreign policy for the coming years. While this latest NSS is rather different from Trump’s actual foreign policy rhetoric, Jonny Hall cautions that we should not let these differences divert us. This NSS departs from previous strategies and embodies the battle within the administration between populism and more mainstream foreign policy thinking.

On December 18th President Donald Trump released his administration’s National Security Strategy (NSS) – a document which was then immediately brought into question. Debates over the merits of the National Security Strategy (NSS) are not new: the role of the president in the writing process, the value of NSS statements, whether the NSS actually has any real-world use to an administration – all these issues have been contested. However, the strategic worth of Trump’s NSS has now been challenged along unique lines; namely, the usefulness of a strategy when the current Commander in Chief is as erratic and inconsistent as he is.

The line drawn between the two major views on the document – that the NSS is worthless because it is so different to Trump’s worldview and behaviour versus the NSS is a welcome reassurance of certain staples of American foreign policy – misses the point. The NSS perfectly embodies the ongoing foreign policy battles within the Trump administration, particularly the clash between the populist ideologues and the ‘adults in the room’ in the ongoing vacillation of disrupting and mainstreaming in Trumpian foreign policy.

Indeed, this conflict was evident even in the presentation of the NSS to the American people; a document where large chunks could have been written by a Hillary Clinton or Jeb Bush administration paraded by a typically brash and campaign-styled speech from the American president. The speech lambasted “the failures of the past”: “disastrous trade deals”, the failure of allies to “pay their fair share for defense”, and the leaving of “our borders wide open”, with almost no mention of the positives of American global leadership. This is in contrast to the NSS which refers to how the ‘United States consolidated its military victories with political and economic triumphs’ with the Marshall Plan, the UN, and NATO. Although Trump has not discussed the Marshall Plan (Charles Kolb has speculated on what his thoughts might be), he infamously avoided supporting NATO’s Article V when speaking in Brussels in May despite his national security staff’s best efforts, and the administration has recently announced significant funding cuts to the UN.

Another stark contrast between Trump’s speech and the document was Russia. The NSS notes Russia’s attempts to ‘undermine the legitimacy of democracies’, its interferences in ‘domestic political affairs … around the world’, and its violations of Ukrainian and Georgian sovereignty. Trump’s speech referred to “rival powers” in Russia and China that aim “to challenge American influence, values, and wealth”, but then paid far more attention to the prevention of a terrorist attack in St. Petersburg due to CIA intelligence as an example of American-Russian cooperation. The avoidance of Russian interference in the 2016 election in Trump’s speech was to be expected, but the contrast with his administration’s NSS is notable nonetheless.

Photo of the Day: December 13, 2017 by The White House is Public Domain

The importance of the contrasts between Trump’s speech (and even Trump’s introduction to the document) and the NSS has generally been highlighted by foreign policy experts. Kate Brannen argued that the ‘discrepancies render the document practically meaningless’; Julianne Smith noted that every NSS should be taken with a pinch of salt, “but especially for this president who has been known to contradict his own team within minutes or hours of statements”; Roger Cohen called the document a ‘farce’ because of the administration’s ‘contradictory positions’; Richard Haass saw the NSS’s ‘greatest problem’ as ‘its frequent disconnects’ with the administration’s own policies thus far, something echoed by Kori Schake. The New York Times editorial board best summarised this view, writing: ‘Forget the Strategy Paper. Watch What He Does.’

This position not only underestimates the importance of the ongoing battles within the Trump administration, but also risks ignoring the substantive differences between this NSS and its predecessors. To look at but one diversion, it is significant that climate change has been discarded from the national security realm, even in a document where mainstream authors H. R. McMaster and Nadia Schadlow ‘tried to smuggle as much of their own foreign policy thinking into the NSS as possible’, as Max Boot puts it. This difference is lost when one argues that the contradictions of the administration’s foreign policy renders the document futile. Whilst the Times piece referenced above is correct in an obvious sense – that we are better off looking at actions rather than words – this position ignores the importance of the NSS to allies and adversaries.

Indeed, other actors in world politics will of course be struck by the inconsistencies of Trumpian foreign policy. The fourth ‘pillar’ of the NSS is particularly relevant here, stating that the ‘United States must lead and engage’ in multilateral organisations, whilst Trump has already withdrawn from the Paris Agreement, kicked the Iran nuclear deal to Congress, and overseen a gutting of the State Department. Conversely, one must remember that during his presidential campaign Trump described NATO as “obsolete”, stated that he would label China a “currency manipulator”, promised to “take out” the families of terrorists, all stances that he has since reversed. One has to be brave (possibly foolish) to predict the administration’s forthcoming foreign policy, but surely other nations will take utility from studying the NSS. After all, whilst Trump’s tweeting tendencies have certainly affected international politics, there still exists the lower levels of interstate relations beyond this. The fact that the subordinate departments will publish strategies within the realms set by the NSS is also important here.

To oversimplify, Trump’s foreign policy appears to be a never-ending skirmish between the president’s own worst instincts and the relative mainstreamers that surround (and have increasingly come to surround) him. The NSS and its release almost personifies this conflict, providing an excellent example of what Max Fisher and Amanda Taub identified in October 2016; that ‘Trump’s foreign policy is not a foreign policy at all, but rather a vessel for reaching voters on a purely ideological level.’ The current administration’s foreign policy is incoherent and inconsistent, which the debate over the NSS perfectly captures, but only if we ignore the Times’ advice – we need to ‘watch’ both the strategy and what Trump does. 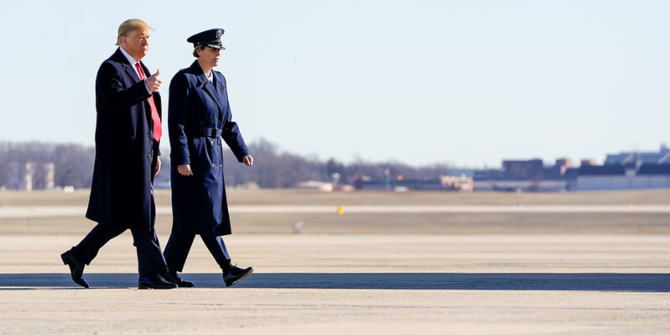 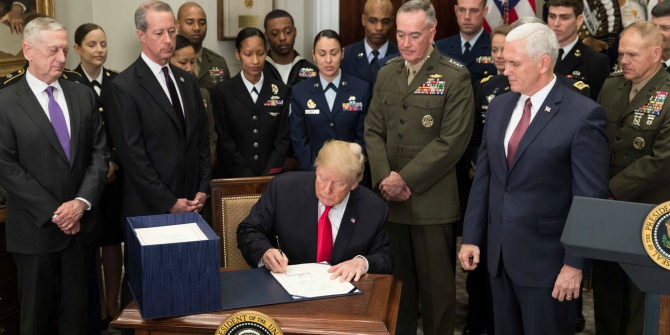 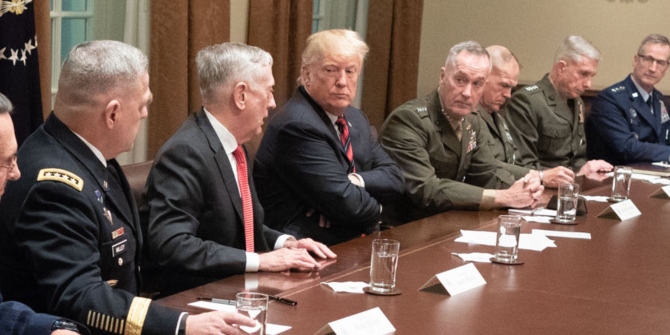