In U Thrive: How to Succeed in College (and Life), Daniel Lerner and Alan Schlechter draw upon their popular NYU course, ‘Science of Happiness’, to offer a guide to flourishing at university and in life. But how exactly do universities promote wellbeing? Rather than breaking new ground, this book treads a rather familiar Positive Psychology path, finds Jules Evans, that neglects the difficult questions posed by ethics, philosophy, politics and culture when it comes to individual and collective flourishing.

U Thrive: How to Succeed in College (and Life). Daniel Lerner and Alan Schlechter. Little, Brown. 2017.

Earlier this year, Anthony Seldon, the new vice-chancellor of the University of Buckingham, announced he was making Buckingham into the UK’s first ‘positive university’. All students will take a course in Positive Psychology and all tutors will be trained in it.  The psychology of happiness will be at the university’s centre, rather like how the philosophy of Aristotle and Aquinas was (and sometimes still is) at the heart of Catholic universities.

It’s a radical response to what Liberal Democrat MP Norman Lamb describes as a ‘crisis on campus in respect to mental health’. Student demand for counselling has risen 50 per cent in the last five years; student drop-out figures are rising steeply. Postgraduates, academics and staff also report feeling stressed.

Some institutions are focusing on improving funding for student counselling, but that’s dealing with the issue once it’s already become a serious problem. Other solutions include training students in peer support, developing online wellbeing programmes and training personal tutors to cope with students’ issues at the departmental level. But could wellbeing become more central to universities’ missions? Could universities provide courses in flourishing, as Seldon suggests?

There are some precedents for Buckingham’s ambitious plan. There’s a university in Mexico, TecMilenia, which incorporated Positive Psychology into its main curriculum in 2013. And there are several US universities that have freshmen courses in Positive Psychology, including Harvard, Berkeley, Rutgers and NYU. These courses are apparently very popular, attracting hundreds of students each year.

The lecturers of the NYU course – Daniel Lerner and Alan Schlechter – have recently published a book based on the course, called U Thrive: How to Succeed in College (and Life). It doesn’t break new ground in Positive Psychology: rather, it sticks quite closely to what is by now a familiar script.

Positive Psychology was launched by University of Pennsylvania psychologist Martin Seligman in the late 1990s. Seligman was impressed by the success of Cognitive Behavioural Therapy (CBT), an intervention for depression and anxiety developed by his Penn colleague Aaron Beck, who was inspired in part by Stoic philosophy. Seligman wondered if self-care techniques could be taught not just to the mentally ill, but to everyone to raise their general level of flourishing.

Positive Psychologists developed a range of brief interventions to improve flourishing. Lerner and Schlechter’s course includes several of them: teach people how their mind-sets and explanatory styles affect their emotions; how they can become more resilient in their response to adversity; how to develop feelings of gratitude and positivity; how to identify their core strengths and the activities that give them ‘flow’ (pleasant absorption) and meaning; how to find good role models. And so on.

Each intervention has been tested out and the reader of U Thrive is constantly re-assured with the results (‘the evidence was clear’; ‘the result was surprising’). In some ways, the results aren’t surprising at all: rather, Positive Psychology presents some of the received wisdom of western civilisation (be nice, try hard, control your appetites, be optimistic, emulate heroes, find your hobby). But now there is a scientific evidence base for these moral nuggets. Science rather than God can guide us to flourishing.

Positive Psychology presents itself as something utterly new. It’s not. As the historian George Marsden has chronicled, before the nineteenth century, Western universities had an explicitly Christian mission, chapel, prayer and Bible study were compulsory and students’ behaviour was carefully regulated (Seldon’s plans seems a move back to that sort of paternalism, with more university control over students’ drinking, drugs and even social media use. Animal House, it ain’t). During the nineteenth century, Protestant universities like Harvard or Virginia became less explicitly Christian, but still tried to improve students’ moral character through courses in moral philosophy, moral psychology and ‘Great Books’. They believed that science and the humanities could teach students character, without any explicit reference to revelation.

The idea that universities exist to support students’ character and wisdom is not new, therefore. It’s only very recently that universities dropped that mission and focused purely on teaching specialist knowledge. They’ve become huge but rather soulless institutions as a result.

Personally, I struggled with emotional problems while studying at Oxford in the late 1990s, and neither my college nor my degree in English Literature was much help. I had to find this for myself, which I finally did through CBT and Greek philosophy. I wrote my first book, Philosophy for Life, to try and pass on the therapeutic wisdom I’d found in Greek philosophy. I’d love colleges to offer basic courses in different wisdom practices as a free add-on to students’ main degrees. That seems healthy to me.

But it’s crucial to find the right balance between the humanities and the social sciences. While Positive Psychology draws heavily on ancient philosophies, it takes a very positivist and scientistic view. Positive Psychologists believe science can quantify and measure everything that makes a flourishing life: happiness, meaning, transcendence, even humility (yes, you can measure humility by asking someone how humble they think they are. Donald Trump would score high). But statistics can’t tell you if you really are living a meaningful, virtuous, transcendent life, only if you think you are – which is not the same thing.

It’s remarkable that in a book on how to flourish at university and in life, there’s hardly any mention of ethics. The closest the authors get is when discussing passion and flow: they admit that sometimes passion can be unhealthily obsessive. But that’s it. No mention of our obligations to others, except in so far as volunteering apparently makes one happier. No mention of how to discriminate ethically between healthy and unhealthy obsessions, between good and bad purposes. On the whole, happiness is taken as the aim of life, although sometimes it’s admitted that achievement or meaning is important too. But how do we weigh-up difficult trade-offs between these goals? We don’t.

We’re told that 75 per cent of undergraduates arrive at university seeking meaning. But what meaning should they find? What is a good meaning? Positive Psychology can’t help us:

Whatever gives your life meaning, studies show that finding meaning will have long-term benefits […] People who report finding more meaning in life are more likely to enjoy greater well-being, increased resilience, and lower levels of stress and depression.

There is no mention of God or any model of flourishing beyond this life. How do you quantify closeness to God? Positive Psychology also steers well clear of politics, economics, gender and race. It’s mentioned in passing that one of the biggest causes of stress for students is finances. Does the university provide enough support for hard-up students? Does society? Who knows. Yes, there’s a lot that individuals can do for their own wellbeing, but there are also collective structural barriers for some groups.

There’s also a remarkable lack of self-criticism in the book and effort to provoke deep and difficult life questions in students. The student is only encouraged to ask questions within the framework of Positive Psychology – to ask ‘what is my core strength?’, but never ‘is it really healthy to spend a lot of time developing my strengths rather than also trying to improve my weaknesses?’

Crucially, students are not allowed to question the evidence for Positive Psychology. It’s presented to them as gospel. The delivery is so relentless, the audience never have time to ask ‘are you sure?’ ‘Is that always the case?’ ‘What are the limits and imperfections of this worldview?’

Because the evidence isn’t actually that clear. Meta-analyses of Positive Psychology interventions have found some small improvements in positive emotion, but little effect on negative emotion (see here, here and here). A three-year trial of a Positive Psychology programme in UK schools found little long-term impact on wellbeing or educational performance. I’m not sure the evidence for Positive Psychology is strong enough to warrant it becoming the guiding philosophy of an entire university. And what if a student or staff member disagrees with it? Are they branded a heretic?

There’s a risk of a new Scholasticism as mindfulness and Positive Psychology become the unquestionable creed of education institutions. A course or institution devoted to wisdom must have room for rebels and heretics – take the example of Brown University’s contemplative studies department. Although it’s a leading institution for the study and practice of meditation, it’s also produced heretical reports showing, for example, that meditation can lead to serious mental health problems. It’s found a good balance between wisdom and free thinking.

To conclude, universities should offer voluntary classes in various evidence-based therapeutic interventions, such as CBT, mindfulness and peer-to-peer support. Universities should give students certificates for taking these courses, which count towards their degree or can go on their CV as an employability skill. These sorts of classes could be offered as part of a course in wisdom or flourishing. But any such course needs to have a place for ethics, philosophy, politics and culture – for the humanities, in other words. Otherwise there is an ethics and meaning gap, and the courses end up scientistic, instrumental and reductive.

Aristotle wrote that ‘it is the mark of an educated mind to look for precision in each class of things only so far as the nature of the subject admits’. Ethics cannot be turned into a precise science. It requires the development of practical moral judgement – phronesis in Aristotelian terms – and that is cultivated not by presenting endless statistics but by training students in ethical reflection, discussion and practice. This works best not in lectures to hundreds of students, but in small tutorials, seminars and peer groups.

As a future research project, I suggest we study alternative models of universities where flourishing is seen as the core mission of the institution – from the first Buddhist university of Nalanda in the seventh century BC, through Plato’s Academy and Aristotle’s Lyceum, to Catholic colleges like John Henry Newman’s University College Dublin to alternative contemporary institutions like Naropa University or Schumacher College. The Positive University is not a new idea. Let’s learn from previous experiments.

Jules Evans – Queen Mary, University of London
Jules Evans is a research fellow at the Centre for the History of the Emotions at Queen Mary, University of London, where he is researching the history, philosophy and science of attempts to teach well-being. He is the author of Philosophy for Life and Other Dangerous Situations (2012) and The Art of Losing Control (2017). 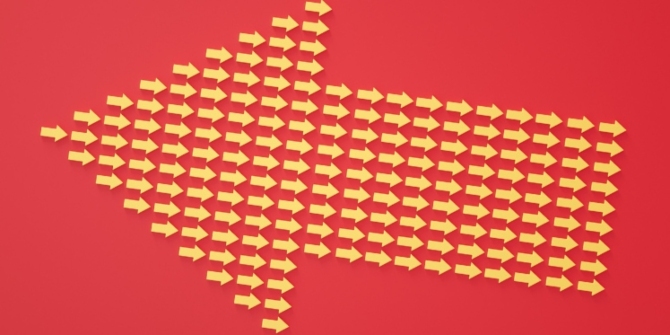 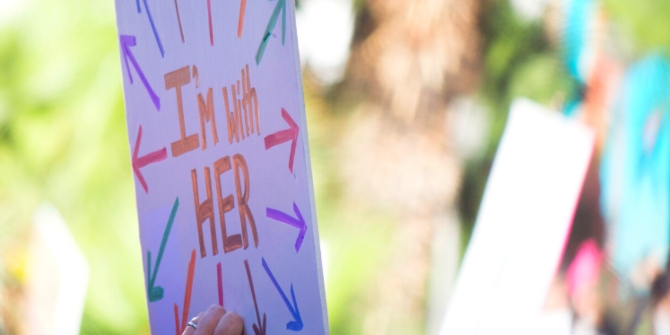