One of the concrete achievements of the Trump administration in the last 18 months has been the rapid removal of a great deal of existing regulation. But what kinds of regulations tend to be recommended for modification or removal? Simon F. Haeder and Susan Webb Yackee have studied the role of the Office of Information and Regulatory Affairs or OIRA in government rulemaking and find that OIRA frequently recommends changes to rules proposed by agencies which tend to lean to the left politically, such as the Environmental Protection Agency. As Trump moves to expand OIRA’s powers, they warn that this may have significant implications for policy outcomes felt across the United States for the years to come.

When President Trump entered the White House, he had a clear regulatory reform agenda. In the President’s own words the general goal was to “knock out two regulations for every new regulation” in an effort to get “back below the 1960 level [of regulation], and we’ll be there fairly quickly.”

The Trump Administration has had some notable success with its deregulatory agenda.  In the past 18 months, it has rolled back a number of President Obama-era regulations ranging from clean water and national parks to energy production. And it has moved to establish task forces in federal agencies aimed at updating, reducing, or eliminating existing regulations. Congressional Republicans have contributed to these efforts, as well, by using the Congressional Review Act (CRA) sixteen times since Trump took office.  Prior to the Trump presidency, the CRA had only been successfully invoked once since 1996. The CRA allows Congress to undo recently issued regulations in an expedited fashion. Crucially, it also prohibits agencies from issuing similar regulations in the future unless Congress specifically authorizes them to do so.

Yet, while meaningful deregulation has occurred under the Trump Administration, questions remain about the true extent of the phenomenon. Rolling back regulations is no simple endeavor due to the relatively obscure but important US Administrative Procedure Act of 1946, which governs the federal rulemaking process. As we have written here previously, most rulemaking formally begins when agencies publish a “Notice of Proposed Rulemaking” (NPRM) that solicits public comments.  After considering those comments, the government agency may then put forward a legally binding “Final Rule.”  Importantly, such a process is needed for most regulatory and deregulatory actions.

Presidents have multiple avenues to influence the rulemaking process. Most prominently, they appoint agency heads and other high-level officials, often based on their ideological congruence. However, as our previous and current research indicates, the Office of Information and Regulatory Affairs or OIRA—which is an obscure office in the White House—also plays a crucial role in the rulemaking process. This is because before agencies may promulgate a Final Rule, OIRA reviews the content of all significant agency regulations, including those issued by agencies and departments like the Centers for Medicare & Medicaid (CMS) and the US Department of Health and Human Services. Notably, as part of its review process, OIRA is also authorized to return these proposals with “suggested policy changes,” so that an agency can modify its rules to better accord with “presidential priorities” and other goals.

In recent work, we researched the process by which OIRA reviews draft agency regulations before they are finalized. Our work covered more than 1,500 Final Rules reviewed by OIRA between 2005 and 2011 under Presidents Bush and Obama. Using plagiarism software, we also conducted a more in-depth analysis of a subset of approximately 120 significant rules. The key question that we sought to answer was whether OIRA was more likely to request changes of liberal, neutral, or conservative agencies. To determine agency ideology, we relied on two standard metrics based on expert opinions and a survey of federal executives.

We found that OIRA frequently recommends substantive changes to the content of rules being written across the federal government, and we also found that these suggested policy changes almost always make it into the text of the finalized rules. Moreover, our results suggested that OIRA is considerably more likely to recommend changes to rules being proposed by agencies believed to be more left-of-center in their political orientation, such as the US Environmental Protection Agency, than those proposed by politically neutral or conservative agencies, such as the US Departments of Transportation or Defense.  We also found that the total amount of change OIRA requested of liberal-leaning agencies’ rules is larger than the amount requested of neutral and conservative agencies’ rules. Interestingly, our study reveals that presidents from both sides of the political aisle show this tendency.

While our research, by itself, does not provide conclusive evidence that OIRA uses its pivotal position in the regulatory process to systematically bend regulation towards deregulatory aims, our findings provide some of the first empirical evidence on its policy impacts.  This type of evidence is critical as debates continue with regard to whether OIRA review may open a pathway for deregulatory efforts during the rulemaking process—with many OIRA critics suggesting that those impacts are felt especially by left-of-center government agencies.

Moreover, our findings may hold particular importance under the Trump Administration. For example, one of President Trump’s first executive orders in 2017 increased presidential oversight over agency rulemaking and expanded OIRA’s regulatory powers. Additionally, there are currently efforts under way in the US Congress to extend OIRA’s regulatory oversight to independent regulatory agencies, like the National Labor Relations Board and the Commodity Futures Trading Commission. Intended to be more insulated from presidential pressures, such agencies are currently excluded from OIRA review. Extending OIRA’s reach may significantly alter policy outcomes in these agencies and thereby change the balance of powers in Washington.

More generally, consumer and public interest groups, with their frequent calls for greater transparency in the regulatory process generally, and OIRA review in particular, may certainly find new cause for concerns in our findings. This particularly holds in combination with our previous work on OIRA which found that business interests are much more successful in obtaining policy changes from OIRA than public interest groups.

Finally, it is worth noting that regulatory policymaking has significantly increased in importance over the past decades. And congressional stalemate would only further these developments. In light of these trends, our two OIRA studies—when taken together—as offer support for the decades-long calls for greater transparency in, and greater understanding of, the US rulemaking process. 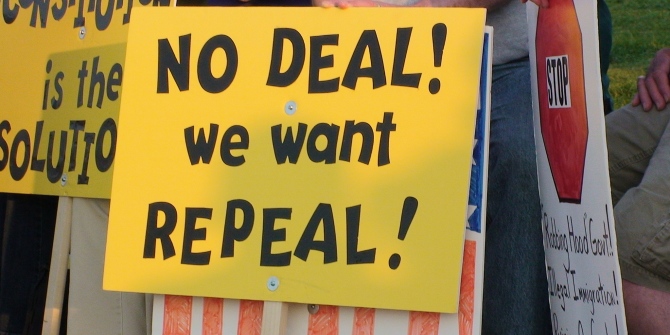 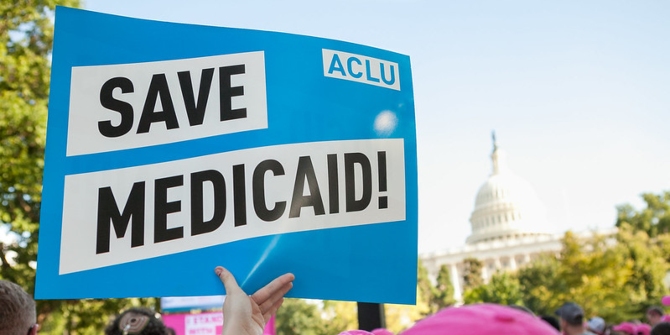 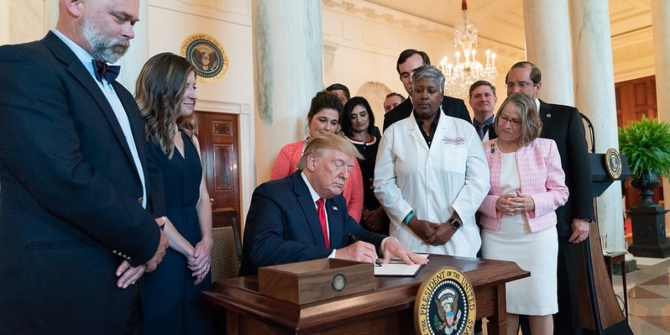