This year’s midterm elections are seen by many as the most important non-presidential contest in many years. But one pressing concern remains: following Donald Trump’s shock 2016 election victory, is it still possible to trust the polls? Ronald Ranta argues that, but for a few Midwestern states, the 2016 polls were really not all that inaccurate. This time around, he writes, the main problem for pollsters is turnout – if it is higher than expected, then the Democrats could do even better than is currently predicting.

In the aftermath of the 2016 election, once the initial shock had subsided, the question of how the polls could have been so wrong dominated US political commentary. Some commentators went as far as questioning whether the polls could ever be trusted again.

There is no doubt that the polls did not perform well, or at least as well as they had in the two previous presidential elections (2008 and 2012). Nevertheless, they did not perform as poorly as many argue. On the eve of the election, Nate Silver, the editor in chief of FiveThirtyEight, whose model aggregates the various polls, gave Donald Trump a one-in-three chance of winning. Looking carefully at those polls, it is clear that a Trump win was well within the margins of error. Overall Trump beat the national polls by only 1-2 percent.

The biggest failure of the polls was in over-estimating Hillary Clinton’s chances in a number of swing states, particularly in the mid-West, but also in Florida and North Carolina; Trump beat the polls in key swing states by up to 4 percent. It was in the mid-West, in Pennsylvania, Michigan and Wisconsin, where Clinton lost, where the much ‘vaunted’ democratic blue wall crumbled.

Why did the polls underestimate Trump’s appeal in the swing states? First, it is important to recognise just how close the results in the mid-West were. In Pennsylvania, Michigan and Wisconsin, Trump won by less than 1 percent. Second, the presence of two third-party candidates added a further complication. The votes cast for Jill Stein of the Green party exceeded the margin between Trump and Clinton in those three states, as well as in Arizona and Florida. Third, the most glaring failure was to underestimate the turnout and support Trump received from non-college educated whites. Nevertheless, looking at the major pollsters and their predictions, it was not so much that they got it terribly wrong, but that many in the mainstream media did not pay enough attention to how close the race was and that it was well within the margins of error. This brings us to the 2018 midterms and to whether the pollsters have learned the right lessons and have adjusted their models.

Photo by Mirah Curzer on Unsplash

The history of the midterms is that they are first and foremost a referendum on the president and to a lesser extent the party in power, with the opposition party normally gaining seats. Trump’s approval ratings, while going up slightly in recent weeks, are exceptionally poor and have been stuck in the low 40s for most of his presidency. The Republican Party’s numbers are not much better. This would indicate Democratic gains, a point confirmed by the generic ballot polls. These polls, which indicate the public’s preference for either a generic Republican or Democratic candidate, have consistently shown a Democratic lead of anywhere between 2-13 percent, with a recent average of around 8 percent. So the big question is not whether there will be any Democratic gains, but how many.

In order to answer this question it is important to think of these midterms as three separate elections, with somewhat different rules and electorates: an election for the Senate; for the House; and state level elections for governors, state assemblies and senates.

Let’s start at the state level. As a consequence of their dominance at the state level, Republicans have to defend 26 governor seats to the Democrats 9 (and 1 Independent) in addition to almost two thirds of the 87 state legislative chambers where elections are being held this year. Simply having to defend more seats, in more diverse states, and with an unpopular president, means that Republicans are poised to incur some losses. Looking at the polls, the influential and nonpartisan analyst Charles Cook recently described the state legislative election scene as a ‘killing field’ for Republicans, who are poised to lose between 3 and 13 governor seats, including Illinois, Michigan, and New Mexico, and control of at least a handful of state legislative chambers. The results of these elections will have a major impact on the redistricting process that will take place after 2020.

A very different picture emerges at the national level, where two very different elections are taking place, one for the House of Representatives and one for the Senate. The polls look very promising for Democrats in the House but not particularly good in the Senate. In the House, the democrats are poised to win, the only question is by how much and whether they will end it in control; Democrats need 23 seats for an overall majority. The polls predict Democrats will gain between 25—40 seats, with the Republicans conceding that they will lose seats.

The scene in the Senate is a very different one; most of the competitive Senate races are in states that Trump won in 2016. The polls give the Democrats only a one in five chance of gaining control; Democrats need to gain two seats for an overall majority. The polls are particularly glum about the Democrats’ chances of holding North Dakota and give them little chance of winning in Texas or Tennessee; the races for Arizona, Florida, Indiana, Missouri and Nevada are all listed as tossups. The most likely outcome according to the polls is a Republican gain of one seat, leaving the Senate with a 52-48 Republican majority.

Pollsters face a number of issues in trying to predict the outcome of the midterms, from the impact of Brett Kavanaugh’s Supreme Court nomination process to the scarcity of polls for many key races. Nevertheless, the main problem pollsters’ face is in gauging who will turn out to vote. The turnout during the midterm is normally lower than for presidential election, with white, older and college educated more likely to vote. If the turnout for minority groups is lower than expected, as is feared with regard to Latinos, this will benefit Republicans. However, if the turnout for women is higher than expected, and if the signs of a historic gender gap are accurate, this could spell trouble for the Republican Party. With so many competitive races, at all levels, and not enough polling, surprises are bound to happen. Ultimately, the biggest question going into the midterms is whether a Democratic blue wave will materialise, and if it does will it be a shallow one or a tsunami.

Posted In: Elections and party politics across the US | Making Sense of the Midterms 2018 | Ronald Ranta 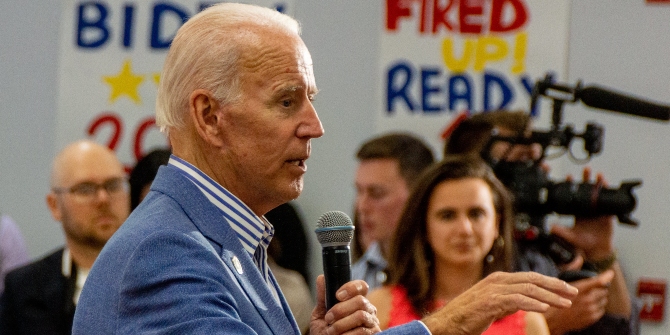 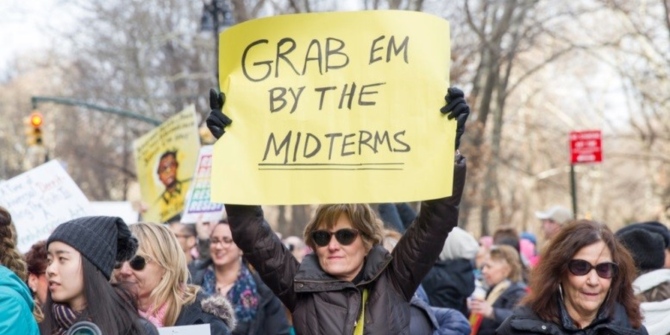 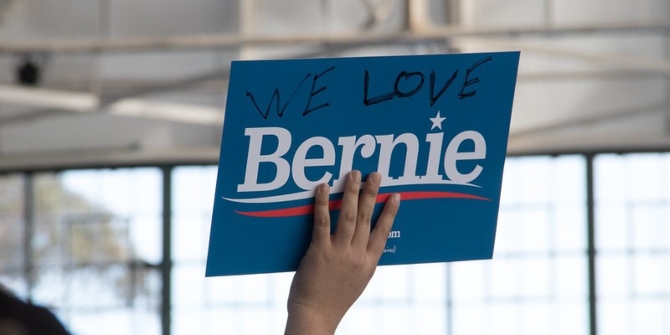