Recent research has suggested that the public’s support for policy measures is closely linked to whether the policy is endorsed by their favored political party. In a new study, Dennis Chong and Kevin Mullinix find that this partisan bias may have been overstated. On many issues, they write, voters from both sides of the aisle respond as much or more to the substantive features of the policy as they do to cues about the partisan sponsor. Parties exert significant influence over voters when policies are unfamiliar or ideologically ambiguous, but when voters can infer or are given information about policy consequences, partisan influences diminish.

Americans are concerned about the federal budget deficit, until they’re not. When George W. Bush was president, Democrats were consistently more likely than Republicans to say that reducing the federal deficit was a top priority. . . until Barack Obama took office, when Republicans suddenly became more likely than Democrats to worry about the deficit. Now that Donald Trump is President, Democratic voters’ worries over the budget deficit are once again trending upward while Republican voters increasingly downplay the issue.

It appears from these surveys that voters don’t have hard and fast attitudes about the budget deficit, but simply take cues from political elites about whether deficits are worth paying attention to. On this issue, the message sent by political elites is highly dependent on whether they control the levers of government. Each party warns about the dangers of overspending when it is out of power, and voters largely mimic what their party leaders say.

When citizens simply follow their respective party’s priorities and stances on political issues, it raises serious doubts about whether they can hold their elected officials to account. It actually suggests that parties and elected officials have considerable latitude to sway public preferences rather than the other way around.

A number of experimental studies conducted in the US and other nations test how variations in policy details influence policy attitudes when the policies are attributed to different partisan sponsors. When parties are not mentioned, the substance of a policy affects the degree to which respondents support it; for example, a policy that expands a social program will be evaluated differently than a policy that shrinks the program. However, these experiments also show that voters ignore or misconstrue the details of policies when they have partisan sponsors. One notable study found respondents were willing to support either a restrictive or generous welfare policy as long as it originated from their political party. Other studies have shown that political candidates can adopt markedly different policy platforms without losing the support of their partisan base.

These examples suggest that the public often toes the party line regardless of policy content. At a campaign rally in 2016, Trump asserted that, “I could stand in the middle of 5th Avenue and shoot somebody and I wouldn’t lose any voters.” While that may be hyperbole, political analysts throughout the first term of the Trump administration have observed that it appears his core supporters will continue to support him regardless of whether his positions on trade, taxes, immigration, Russia, and other foreign and domestic issues are contrary to their interests and values.

“Republican Elephant & Democratic Donkey – Icons” by DonkeyHotey is licensed under CC BY 2.0

Yet, in a new study, we find that past investigations may have overstated the prevalence of partisan bias. Our research suggests that people are less easy to convince on certain issues compared to others. Some public policies are unfamiliar — for example, a proposal that some states have debated is whether to change the relative balance between sales and income taxes in generating revenue. People have difficulty discerning how such proposals will affect themselves and others, and whether they are “conservative” or “liberal” measures. On these more ambiguous issues, we find that people are inclined to follow their party’s lead regardless of the side of the issue adopted by the party.

However, there are other polices that are more easily identified along liberal or conservative lines — such as those pertaining to abortion or unemployment benefits — on which people don’t need as much guidance from political parties to decide where they stand.

In our study, we presented survey respondents with alternatives connected to three policies – sales and income taxes, preschool funding, and unemployment benefits – that respondents had varying degrees of difficulty classifying ideologically. Democratic respondents had the most trouble identifying which of the competing sides of the tax policy was the more liberal position; Republicans had similar difficulty deciphering the preschool policy; while both Democrats and Republicans could readily discern that reducing unemployment benefits was a conservative policy while increasing them was a liberal position.

In addition, we showed that, on policies that are initially unfamiliar – and on which citizens are most susceptible to elite influence – it’s possible to counteract partisan biases by educating the public about policy consequences. The latitude enjoyed by parties to adopt a range of positions on a policy and still retain the support of their followers diminished when we provided more policy information to respondents. In our study, Democratic respondents were willing to follow their party’s cue and adopt either side of the sales versus income tax issue until they were informed of the regressive nature of sales taxes. Likewise, Republican respondents conformed to whichever side of the preschool policy the Republican Party endorsed until they were informed of the alignment of group interests and values on the issue. When we shine a light on a policy’s consequences, especially the values that are furthered by the policy and the groups that are helped or hurt by it, people pay as much or more attention to policy details as they do to party cues.

Taken together, our study suggests that while people often look to their party for guidance on public policies, the ability of parties and elected officials to shape public opinion is reduced on issues that the public can readily classify ideologically. But even on issues that initially are ideologically ambiguous, it is possible to provide voters with policy details that will effectively counteract party cues and limit blind partisan conformity. Partisan cues and endorsements are ubiquitous in the contemporary political landscape, but journalists and media can increase democratic accountability by focusing their coverage on the potential effects of policies instead of concentrating on partisan divisions.

Dennis Chong – University of Southern California
Dennis Chong is Professor of Political Science at the University of Southern California, and John D. and Catherine T. MacArthur Professor of Political Science (ret.) at Northwestern University. He studies American national politics and has published extensively on issues of decision-making, public opinion, political psychology, and collective action. His current research on the influence of information and framing in competitive democratic contexts has received several national awards, including the APSA’s Franklin L. Burdette/Pi Sigma Alpha Prize.

Kevin J. Mullinix – University of Kansas
Kevin J. Mullinix is an Assistant Professor in the Department of Political Science at the University of Kansas. His research concentrates on political behavior and public policy, primarily, in the context of American politics. He has recently published his research in American Politics Research, Proceedings of the National Academy of Sciences, Political Research Quarterly, and the International Journal of Public Opinion Research. 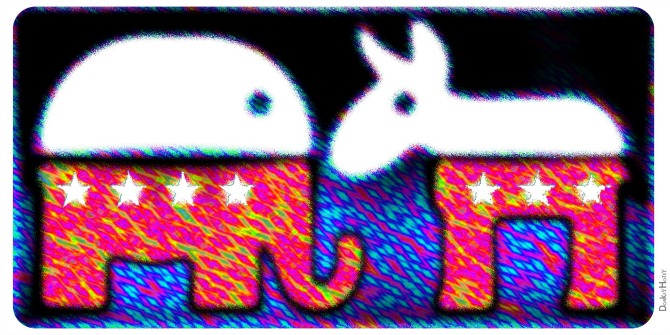