With the rise of the “gig economy”, many workers now face uncertain schedules with large differences in their hours from week to week. In new research based on survey data, Joe LaBriola and Daniel Schneider find that the lowest waged workers experience 25 percent more volatility in the hours that they work compared to those on higher wages. They also determine that this greater volatility for low wage workers is closely linked to state unemployment rates and lower levels of union representation.

The fluctuations that workers can experience in how many hours they work from week-to-week – also known as volatility – has become the focus of recent public and scholarly attention, and for good reason. Workers who experience more ups and downs in terms of the hours they work suffer from worse health-related outcomes, including increased stress and fatigue, poor sleep quality, and greater difficulties in accessing medical care. Further, work hour volatility leads to increased conflict between work and non-work obligations, as inconsistent hours can cause difficulty in accessing consistent childcare, continuing further education, and maintaining family relationships. Finally, for workers paid by the hour, work hour volatility translates to unpredictable earnings, which can prevent workers from budgeting for the future.

What underlies this stratification in work hour volatility? We find that the experience of volatility is more unequal when workers lack power. One form of worker power—marketplace bargaining power—stems from workers operating in a tight labor market. We hypothesize that, when marketplace bargaining power is low due to high unemployment rates, the excess labor supply allows employers to adopt precarious scheduling practices that transfer economic risks to their most marginal employees. This would lead to an increase in socioeconomic gaps in work hour volatility. Another type of power—associational power—stems from workers’ collective organization through union coverage. Because unions can bargain for more stable work schedules for all workers, we hypothesize that socioeconomic gaps in work hour volatility may be smaller among workers covered by unions than among other workers.

Photo by Bruno Aguirre on Unsplash

We used state-level variation in unemployment rates to test whether socioeconomic gaps in work hour volatility are wider when workers have less bargaining power. We find robust evidence that this is the case. The widening gaps appear to be driven by disproportionate increases in work hour volatility for low-wage and less-educated workers when unemployment rates are higher.

Finally, another effective solution may be to curtail the use of employer-driven “just-in-time” scheduling practices that are common in low-wage industries. These practices include, on the one hand, asking employees to work on call, or start earlier or stay later than initially scheduled, and, on the other hand, cancelling employees’ scheduled work shifts in the hours before their shifts start or even after they have arrived at work, in order to save on payroll costs when demand is low. In the past few years, several city and state governments have passed regulations that aim to increase schedule predictability by requiring employers to set employees’ schedules at least two weeks in advance and prevent employers from cancelling workers’ shifts at the last minute. Because these “just-in-time” scheduling practices appear to disproportionately affect low-wage workers, regulations that increase scheduling predictability are likely to also reduce wage-based gaps in work hour volatility.

Joe LaBriola – University of California, Berkeley
Joe LaBriola is a Ph.D. candidate in Sociology at the University of California, Berkeley. His research broadly explores the causes and consequences of inequalities at work and home in the United States. He also studies the origins of socioeconomic gaps in parental investments in children, the role of worker power in reducing inequality in exposure to precarious work, and trajectories of work and future criminal justice contact among those who have been to prison.

Daniel Schneider – University of California, Berkeley
Daniel Schneider is an Assistant Professor in Sociology at the University of California, Berkeley. Professor Schneider’s research interests are focused on social demography, inequality, and precarious employment.  His current research focuses on the contours, causes, and consequences of precarious and unpredictable work and on family structure, parenting, and inequality. 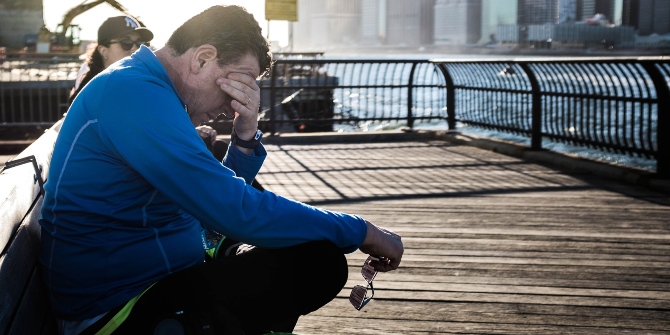