In The Power Law: Venture Capital and the Art of Disruption, Sebastian Mallaby draws on interviews with leading names in global tech and venture capital to reveal how venture capital works, particularly in backing some of the world’s most successful companies. While the analysis is US-centric and would benefit from engagement with a broader range of economic theory on innovation, this is an enjoyable and exciting read full of tantalising anecdotes, writes Robyn Klingler-Vidra. 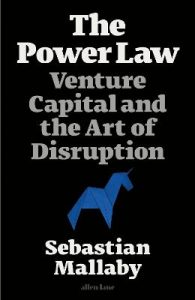 ‘Jerry, everyone needs $100 million.’ Insider accounts like this one – of Softbank’s enigmatic founder, Masayoshi Son, strong-arming Jerry Yang, the founder of Yahoo!, into taking his money – make The Power Law an enjoyable and exciting read. Author Sebastian Mallaby interviewed leading names in global tech and venture capital to reveal how venture capital works, particularly in backing some of the world’s most successful companies. These include today’s giants, like Apple and Google, as well as formative Silicon Valley leaders, such as the role of Gordon Moore – of Moore’s Law – as one of the ‘Traitorous Eight’ founders of Fairchild Semiconductor.

Mallaby uses these high-profile stories to underpin his narrative about how venture capitalists have shaped our economy and social lives. He shows that venture capitalists offer ‘smart money’. This means they invest in early-stage, high-growth businesses and provide operational and technical expertise, in addition to leveraging their professional networks to help the companies secure further financing, market access and more. Mallaby repeats the refrain that the economics of venture capital are such that they want to ‘go big, always’, since so many investments fail. The ‘power law’ means that they need the investments that do succeed to be ‘home runs’, or ‘unicorns’, achieving market valuations of $1 billion or more by disrupting incumbents and even ways of life. For instance, Uber delivered on the power law by revolutionising transport just as Impossible Foods intends to replace the world’s beef industry. 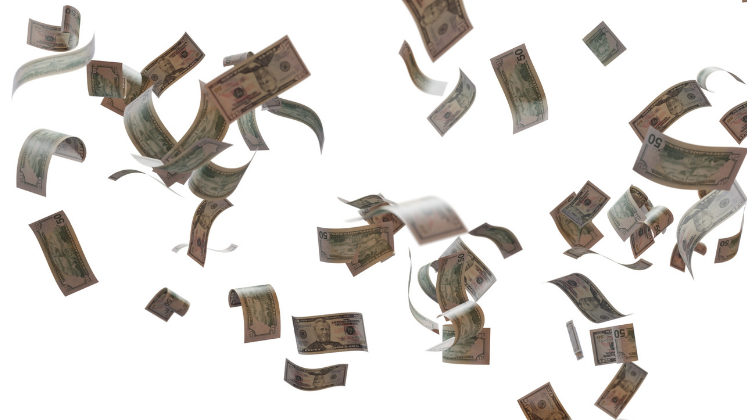 Photo by Eyestetix Studio on Unsplash

The Power Law is worth reading, especially for the tantalising anecdotes. Especially for academics, and audiences outside of the US, there are three facets that I feel deserved better, or different, attention: first, the book’s engagement with economic theory; second, its US-centric coverage of venture capital around the world; and third, the role given to the state.

The first issue stems from the book’s framing, pleading that Ronald Coase’s theory of the firm – published in 1937 to explain that companies exist as an organisational structure for efficiently allocating resources – is unable to account for the socially-networked way in which venture capitalists drive start-up-centric innovation activity. Mallaby writes that Coase’s emphasis on incumbent firms as organisations responsible for making big bets on innovation can’t explain how technological advances have occurred since the second half of the twentieth century. Taking this tack, Mallaby slights – or does not fully grasp – economic theory capable of explaining the advance of innovation.

The issue with this argument’s focus on Coase is that the wrong economist was chosen to explain the phenomenon being studied. Economic theory obsessed with where innovation happens, how much and by whom is informed by seminal thinkers like Joseph Schumpeter and Alfred Marshall. Schumpeter’s theory of ‘creative destruction’ leads to the expectation that it is ‘new entrants’ to a market that bring innovation; they challenge incumbents, who ultimately fail, and then new and higher quality products and technologies are availed. Marshall – and his Marshallian Trinity – expects that there is a spatial dimension, whereby industrial competitiveness springs from the co-location of activity in ‘industrial districts’ that benefits from the quality and quantity of talent, knowledge spillovers and input-sharing.

Together, then, economists have provided much better theories to explain what Mallaby is dabbling in: Schumpeter informs the expectation that start-ups drive innovation and Marshall leads us to expect that clusters benefit from social networks. Volumes of academic literature have been written on both creative destruction and agglomeration theory, including Michael E. Porter’s work on clusters. This should feature in Mallaby’s engagement with the theories of economics and innovation, as should the fascinating volumes of research written on the role of social capital in global clusters of innovation.

Second, The Power Law effectively documents the role of US investors, as well as returnees, in the growth of venture capital around the world. In Mallaby’s chapter on China, for instance, it’s the US education and investment banking experience of venture capitalists like Neil Shein and Syaru Shirley Lin that are front and centre. Like the book’s stories of Silicon Valley royalty, the details of the ‘magic’ investments in Alibaba, JD and more make for great reading. It’s fascinating to read the back story of Alibaba, to have a glimpse into how Meituan faced failure and to learn how their (American) VCs played a role in financing their continuation and scaling.

However, the book’s framing gives too much heed to US connections and influence. Martin Kenney, Dan Breznitz and Michael Murphree, for instance, showed that returnees to China, India and Taiwan only played a later role in the creation of their burgeoning venture ecosystems. Mallaby begins his Chinese chapter by zooming in on an American moving to Shanghai in the mid-2000s; yet venture capital was established by then and even by the time of Alibaba’s ‘magic’ investment in the late 1990s. The Chinese government launched a national venture capital fund in 1985, followed by a flurry of provincial funding schemes and more support. Jumping to today, recent studies have revealed that the education and work experience of China’s ‘unicorns’, like Jack Ma, are overwhelmingly local. Collectively, Mallaby’s focus on only superstar stories and his interest in US connections mean that he does not sufficiently acknowledge the local foundations of international venture ecosystems, like China’s.

The third issue is that governments around the world have uniquely – and often effectively – supported the creation and growth of local venture capital markets. In The Venture Capital State, I detail how the Taiwanese government used tax rebates from 1983, as well as a paper company structure, rather than the Limited Partnership (LP) structure popular in Silicon Valley. Through this, Taiwan became one of the world’s most active venture capital markets by the end of the 1990s. In Start-up Nation, Dan Senor and Saul Singer chronicle how, before the Israeli government launched the Yozma Fund in 1993, there was a paucity of venture capital.

Mallaby briefly, and belatedly, notes the role of government policy on pages 395-99 in the spirit of Josh Lerner’s Boulevard of Broken Dreams by relating this to the quality of the design. In terms of policies worth pursuing? He points to the change in the U.S. Department of Labor’s ERISA (Employee Retirement Income Securities Act) understanding of the ‘Prudent Man’ in the late 1970s, which enabled venture capital investments by pension funds, and the reductions in capital gains taxes (also in the US in the 1970s), as the two most effective public policy tools for supporting venture capital. The Small Business Investment Company (SBIC) programme is criticised throughout the book, even though so many of the early venture capital funds relied on it as a source of funding. The use of the LP structure is hailed as key; but that is again US-centric. In Taiwan, it was the legal implications of the paper company, rather than the LP, structure that helped the asset class flourish, by ensuring that investors had a voice.

Going back to the vivid stories of Masayoshi Son, The Power Law covers his early – and lasting – investment in Jack Ma’s Alibaba. This seems a good place to close the review. For me, the takeaway of the book is that venture capital is increasingly global and important. Also, that the nature of venture capital is stretching towards both the early-stage extreme of pre- (and even pre-pre!) seed investments, as the book’s coverage of Y Combinator shows, as well as massive late-stage investments, as exemplified by Son’s Vision Fund.

But, I also felt that The Power Law offers a stylised version of venture capital, perhaps as it was in Silicon Valley in the 1980s. Yet it has changed, in many ways for the better. There’s been business model innovations in the use of technology in sourcing and scoring deals, in offering a ‘platform’ of services to founders and more. For instance, since he launched the first fund in 2010, Dave McClure’s 500 Startups has said that it has sought ‘doubles and triples’ rather than ‘home runs’. His strategy, and that of a growing number of venture capitalists, is to invest in promising entrepreneurs outside of Silicon Valley and to exit with a strong but not astronomical return within a few years. Applying unabated pressure for unicorn-level growth – so that ‘the power law’ is realised – is not necessarily the aim of today’s venture capitalists. As 500 Startups typifies, there’s also the pursuit of ‘moneyball for startups’, in which the strategy is to invest early, play an active role and then sell via trade sale or modest initial public offering (IPO). Venture capitalists also increasingly care about the mission, or direction, of their investments. They seek a diverse set of founders tackling social and environmental challenges. Not all venture capital today reflects the model of blue-chip firms like Sequoia, yet they are, in distinct ways, contributing to start-up-centric and impactful innovation around the world.

Robyn Klingler-Vidra – King’s College London
Robyn Klingler-Vidra is Reader in Political Economy at King’s College London. She is the author of The Venture Capital State: The Silicon Valley Model in East Asia (Cornell University Press, 2018) and teaches Entrepreneurial Finance. Robyn’s research focuses on entrepreneurship, innovation and social impact. She received her BA from the University of Michigan, was a visiting scholar at the National University of Singapore Lee Kuan Yew School of Public Policy and obtained her MSc and PhD in International Political Economy at the London School of Economics and Political Science.