In Shadows of Doubt: Stereotypes, Crime, and the Pursuit of Justice, Brendan O’Flaherty and Rajiv Sethi explore the role that stereotypes play in interactions across all elements of the US criminal justice system. This is a gracefully written, analytically precise and hopeful book, writes Abu Turab Rizvi, that will be of particular use to students and scholars of critical race and policy studies.

Patterns of crime and punishment in the US are striking for the role race plays in them. That black people made up one-third of the US prison population but only one-eighth of the adult population in 2017 reveals a marked racial imbalance. White people, by contrast, represented two-thirds of the general population but less than one-third of those who are incarcerated. The #BlackLivesMatter movement, which arose after the 2013 acquittal of a police officer in the killing of seventeen-year-old Trayvon Martin and led to street protests in 2014 following the subsequent deaths of the teenager Michael Brown and Eric Garner, is but one indication of the concern about police killings and racial profiling in police stops. How do we explain the underlying patterns? And what can be done about them?

In Shadows of Doubt: Stereotypes, Crime, and the Pursuit of Justice, Brendan O’Flaherty and Rajiv Sethi of Columbia University provide a convincing analysis. O’Flaherty is the author of The Economics of Race in the United States and City Economics. Sethi has published widely on stereotypes, segregation, strategic interaction and inequality. He is also a pioneer in the movement to make available open-source introductory textbooks in economics that are based on current research and focus on important policy matters.

O’Flaherty and Sethi’s main analytical device is to employ an understanding of racial stereotypes, which can operate beneath the level of consciousness and lead to altered incentives and interactions that explain the patterns we see (11-27; 40-50). Given the pervasiveness of  mainstream media accounts portraying black men as violent, it is not surprising that individuals may form exaggerated negative beliefs about them due to these stereotypes (37-38). Moreover, each set of interactions in the criminal justice system – offenders choosing victims; potential witnesses deciding whether to cooperate; and police officers, prosecutors, attorneys, jurors, judges and parole boards doing their work – is marked by uncertainty (the ‘shadows of doubt’ of the title). Given that stereotypes have a greater hold in unclear, emotion-laden and fast-moving situations, racial stereotypes involving crime find a purchase on behaviour. The book’s analysis is relevant to situations in which the offender and victim have assumed knowledge of one another’s race, as is the case with robbery and murder, which usually involve face-to-face or close contact.

Consider an offender planning a robbery (51-62). The robber will be more likely to have a compliant victim if the victim believes the robber to be violent and the neighborhood to be dangerous; thus the robber benefits from a stereotype for being violent and from operating in a particular neighbourhood. Victims also are affected by stereotypes. Those who are believed less likely to resist are more liable to be attacked. Even if the robber is arrested, a victim who believes the robber (or the robber’s associates) will retaliate (because the robber sees the victim as stereotypically vulnerable), will be loath to cooperate as a witness against the robber. The resulting impunity for the crime reinforces the offender’s behaviour. The offender’s reputation for violence then increases, and the likelihood that a victim or bystander will cooperate as a witness drops, leading to reinforced incentives all round. Impunity represents a failure of the criminal justice system and casts a long shadow. The low proportion of solved murder cases ‘and high homicide rates are two sides of the same coin’ (69). If murderers cannot be stopped, their potential victims may strike first, resulting in preemptive killings (63-75).

Preemption is the only lawful reason for a United States police officer to kill someone. While killings of civilians by police and of officers by civilians in the line of their work are both ‘far more prevalent in the United States than in other countries at comparable levels of economic development’ (122), racial differences are again striking. The authors point out that ‘police are more likely to take aggressive actions of all kinds against black civilians than against white civilians: they are more likely to stop African Americans, to use force against them, and to kill them’ (157). In order to explore these patterns of killings, O’Flaherty and Sethi offer a careful discussion of the use of lethal force (122-58), which makes good use of their framework based on stereotypes and is rather complex to convey in detail in this short review. They conclude, however, that when it comes to the police, ‘it is very hard to point to any rigorous evidence that the greater aggressiveness, either in general or in that directed toward African Americans, results in reduced crime or greater overall civilian safety’ (158).  Consequently, they propose policies for redress.

O’Flaherty and Sethi make a series of suggestions to improve the functioning of the criminal justice system, particularly as it pertains to race. Their proposals are nuanced and carefully grounded in empirical studies where these are available. One of the suggestions arises from the importance for prosecutors and courts to bring violent crime cases to a close. If killing can be done with impunity, potential victims have a reason to kill preemptively, leading to escalating violence (240). Crimes with black victims have especially low clearance rates, leading Randall Kennedy to call the situation one of ‘racially selective under-protection’ (241). Thus, the authors suggest targeted policies at improving clearance rates (240-42). Increasing the number of police officers, particularly detectives, would also help these efforts in selected cities where their impact could reduce murders significantly (245-47).

A second set of suggestions concerns guns (253-56). The authors propose a series of licensing, liability and mandatory insurance provisions for gun owners, as is already the case with car ownership. Regarding lethal violence by police, O’Flaherty and Sethi note large regional variations in the rates and their racial patterns (140-50) and suggest that some of this may be attributable to differences in the training of officers. They discuss the role of implicit bias (265) and advocate greater training for police on how to handle emergent situations through the use of simulations, as well as through gaining better understanding of how they can ‘avoid such situations in the first place’ (264-71).

O’Flaherty and Sethi finish their book with a consideration of the broader implications of their focus on stereotypes. While they acknowledge that individuals navigating complex situations inevitably hold stereotypes, they ask us to be mindful of their effects. The harm they cause is not confined to those who directly encounter the US criminal justice system, and spills over into the life of stigmatised populations generally. African Americans not only face the burden of being more likely to be stopped on suspicion of crime, to choose but one example, but stereotypes also cause individuals to respond in ways that ramify through their everyday interactions. Claude Steele, for instance, has pointed out that stigmatised populations may adopt counter-stereotypical behaviours, ‘whistling Vivaldi’ to dissociate themselves from stereotypes.

A further difficulty a stereotype presents is that it tempts its holders to believe that it is not a mental construct but instead represents the essential characteristics and intrinsic nature of those it concerns. Policymakers, judges and parole boards under the sway of this rigid view are likely to be harsh and doubting of the idea that criminals, having paid their debts via punishment, can reintegrate with society. Against this tendency, in order to break the vicious cycles and self-fulfilling prophecies they describe, O’Flaherty and Sethi make a plea for hope, by urging us to see the humanity and possibilities for redemption present even in those involved in violent crime, particular those who were ‘young and vulnerable’ when they committed them (285). Having made their suggestions for policy changes, O’Flaherty and Sethi end by reminding us of Walter Lippman’s admonition concerning stereotypes: ‘hold them lightly, modify them gladly’ (290). Their concluding stress on hope is welcome since it leads the reader to consider how this hope can be converted to change.

This gracefully written and analytically precise book is an important contribution to the understanding of the US criminal justice system and is strongly recommended to those interested in this field. O’Flaherty and Sethi make use of a wide variety of literatures and sources, ranging comfortably among academic accounts in criminology, economics, sociology, anthropology, philosophy and law, as well as referring to memoir, historical and journalistic accounts and government reports. Their book would be useful in postgraduate and advanced undergraduate courses in these fields as well as in critical race and policy studies.

Abu Turab Rizvi – University of Pennsylvania
Abu Turab Rizvi is currently a Visiting Scholar at the University of Pennsylvania’s Alliance for Higher Education and Democracy. A professor of economics and former provost at Lafayette College, he is writing a book on a democracy agenda for higher education. His scholarly work includes studies of poverty, wellbeing, and preference theory, as well as the method and history of economics. 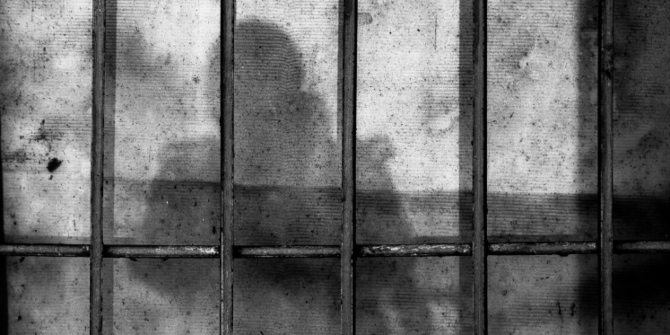