Impeachment may be over, but President Trump is continuing his assault on the Constitution. The House can check him. Jeffrey K. Tulis gives an overview as to how, starting with an anti-corruption effort led by the Democratic Speaker of the House, Nancy Pelosi.

As the primary election season heats up, there is an understandable desire among office holders, candidates, and citizens to move on from the divisive impeachment battle. Donald Trump was the third president impeached in the history of the country, but he was acquitted by a majority of votes in the Senate, well short of the two-thirds majority needed to convict. There is little appetite in the country to continue to litigate the issues surrounding Ukraine and Donald Trump, and most agree that it would be unwise for Democrats, independents, and those Republicans who remain committed to the Constitution to dwell on the immediate past.

The problem is that Donald Trump does dwell on the past. His recent impeachment has replaced his 2016 presidential election as the primary focus of his resentment. He seeks to magnify the significance of his acquittal and diminish that of his impeachment. As Americans turn their attention away from impeachment, Donald Trump is still very much absorbed by it in ways no previously impeached president has been.

For example, during the trial stage and post-acquittal months, President Bill Clinton offered a dramaturgical rebuttal to his critics. He sought to act presidential in ways that seemed to refute the idea that he had abused his office. He apologized for his mistakes, and he suppressed whatever anger he may have had toward his political rivals and critics. Instead, at least until the Mark Rich pardon in his last day of office, Bill Clinton attempted to live up to the duties of his office. Whatever offenses Clinton committed against the polity and the Constitution; he did not continue them after his impeachment.

The same cannot be said of President Trump.

It is important, over the long term, that Donald Trump’s account of the impeachment—that it was an unfair, partisan, witch hunt with no basis, and that his acquittal proves that he won this battle—be recorded for posterity as nonsensical and mistaken.

Donald Trump was the first president in American history to be impeached and have a vote for conviction from his own party, despite the fact the trial was the most unfair impeachment trial ever conducted by the Senate. Never before had Senate leadership so brazenly vowed to violate their oaths prior to swearing them, and then proceed to violate them, in front of a mute Chief Justice of the Supreme Court.

Why the deeper causes of impeachment are still important

It is important to keep impeachment alive in the American mind today: Because its underlying causes have only worsened since the trial concluded.

The proximate cause of the impeachment was evidence that Donald Trump sought foreign interference in the upcoming election, and thus the country could not let the election, itself and alone, solve this problem.

This larger issue—the corruption of the American governing order—ought to be front and center during this campaign season.

All of the Democratic candidates would do well to educate the public about the extent and meaning of this corruption and all should support one another in combatting it.

Corruption is the central theme in the political history of failed republics. Like living things in the natural world, man-made polities have life cycles. They come into being. Sometimes they die quickly, sometimes they mature, as ours has. Eventually they decay and die. This election may be an inflection point in American history, because there is a real question as to whether the constitutional order can survive if Trump is reelected.

Before distinguishing their own talents, background and differences on foreign and domestic policy, all of the Democratic candidates should be persistent and insistent about the core problem of corruption as Trump continues to worsen the problem with his proliferation of outrageous decisions, his repetition of lies, and his projection of his vices onto his foes.

Together, the Democratic field needs to push back against Trump’s Orwellian world of corruption—repeatedly and in unison.

It is not enough to assume that Americans are sick and tired of Donald Trump. The polls show that they are. But the same polls also show that the public does not fully understand the depth and extent of the corruption because Trump has been so successful in normalizing it and in coopting his party to enable it. It needs to be explained well, and explained often, by all of the Democratic candidates.

Why Speaker Pelosi is key to the anti-corruption project

But the real leader of an anti-corruption effort should be the speaker of the House, Nancy Pelosi.

Constitutionally, Pelosi’s stature is nearly equivalent to the president’s. She leads the most democratic house of the most democratic branch of the government, and as the formalities of joint sessions of Congress illustrate, she is the leader of the Congress as a whole. Pelosi rightly points out that Article One of the Constitution is devoted to the Congress because in republics, legislatures—not princes or presidents—have ultimate governing authority.

She and the body she leads have more potential power than most journalists—and even most legislators—realize. In the 19th century these congressional powers and tools were robust, but in recent decades they have languished and congressmen themselves no longer seem to remember them. It is as though Congress has been seized by a kind of collective amnesia.

Here are several ways that Speaker Pelosi can lead an anti-corruption project:

(1) She can build on the dignity she brings to her office and to her country, as a continuing contrast to Donald Trump.

As is often said, Pelosi is the adult in the room. Thus, she needs to be in the room, ideally in her own room. Every week, she should have a scheduled and televised press conference of the sort that presidents before Trump used to hold.

Like former presidents did with their cabinet, she might invite other legislators to these conferences to make presentations and offer expertise. These formal, scheduled and televised events should be the main way Congress reclaims governing authority.

This means, for example, that the speaker should not respond to every presidential tweet.

Instead, she should set the narrative as well as the agenda and respond to tweets not with tweets of her own—but rather by being more presidential than the president. As the president denigrates democratic discourse, Pelosi ought to continue to elevate it. She should lead by contrast and exemplification—as she already has on many occasions—rather than respond in kind to a demagogue.

(2) Pelosi should authorize a series of oversight investigations on:

Finally, the degradation of the democratic discourse itself—as well as the corruption of governance through the use of tweets in the place of formal communication—should be a focus of congressional investigation and possible legislation.

For example, Courts need guidance on whether and under what circumstances presidential tweets constitute official policy.

(3) Pelosi should authorize the full panoply of congressional tools to conduct these investigations:

A cell in the Capitol can be outfitted for this last purpose, or the DC jail system might be used, as it has been by Congress in the past.

Photo by Jamie Templeton on Unsplash

(4) Pelosi should also lead a more aggressive litigation strategy in the courts. Here House lawyers should vigorously defend the independent powers and prerogatives of Congress, a legal view that is, ironically, supported by many of the president’s own legal briefs.

And the House should make clear, when it can, that a variety of executive orders to undermine the purposes of existing legislation should be deemed invalid as instances of failure of the president to faithfully execute the law.

Congressional staff should be devoted to this task to counter ongoing efforts of the executive branch to thwart the codified legislative will of the Congress of the United States.

(5) Pelosi should establish a House equivalent to the war rooms devised for recent presidential campaigns. However, rather than being organized to respond instantly to every tweet by responding in kind, this new institution of the House should be staffed to give journalists helpful access to the most relevant arguments and facts necessary to respond to the president’s blizzard of anti-constitutional statements and actions.

In addition, this group should attempt to anticipate Trump’s behavior, inoculate the nation against his destructive potentials, and steer the nation toward a more constitutional and responsible agenda, which is set by the Congress, rather than the president.

(6) Pelosi and her team should designate the most serious of the oversight inquiries to be investigations for censure, as a final resort to any obstructions of Congress committed between now and the November election.

An immediate candidate for censure would be Attorney General Bill Barr. Barr should be investigated regarding the Roger Stone trial to see whether he has invented a new form of leadership for the DOJ—a crocodile pushback against a demagogue president who he enabled, encouraged and emboldened.

Censure resolutions can be voted by the House alone without any Senate involvement (or they could be enacted jointly with the Senate, if, miraculously, the majority were to become constitutionally responsible again).

Depending on the circumstances, House votes might be led to authorize these committees to use the enhanced powers of an impeachment inquiry—but with deliberation on a censure, rather than impeachment articles, as the announced likely outcome.

Should the president respond with more anti-constitutional actions, a strong censure resolution should be voted upon in a televised session.

(7) Pelosi should also use weekly press conferences to report on the legislative business of the House. She could list and explain the bills that were passed and how they are being held up by the Senate leadership.

To citizens committed to the Constitution, the recent impeachment process may feel like a huge loss. In an obvious sense it was: not only was the President acquitted, two important sets of votes for witnesses and documents were defeated.

Yet in a larger sense, the impeachment process can be seen as a victory for the republic. Americans received an unusually informative civic education; they witnessed the depth of corruption today and the possibility that their republic might be entering a death spiral.

The vast majority of the country wanted witnesses and know that the trial was not fair. They know Donald Trump was acquitted, but they know too that he was not exonerated. Speaker Pelosi is right: Trump is impeached forever.

The political education of impeachment ought to continue in the forms of a campaign for the presidency in which corruption is a central issue and an emboldened and responsible House of Representatives taking the lead role in governing the United States between now and the inauguration of 2020—and a leading role thereafter. 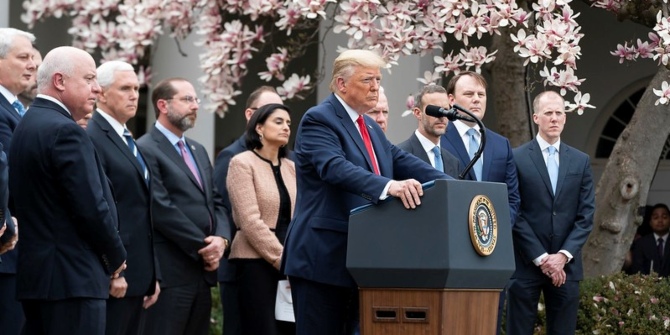 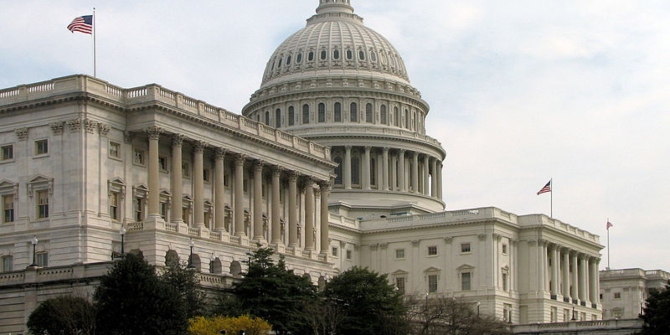 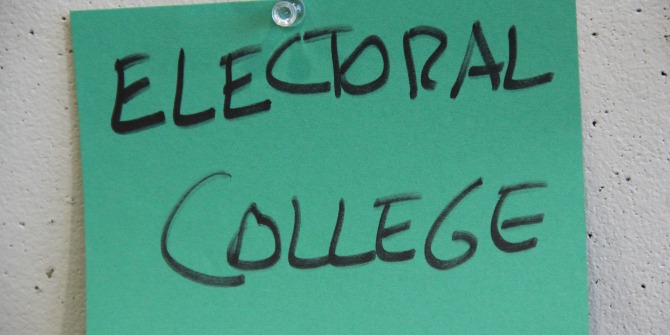 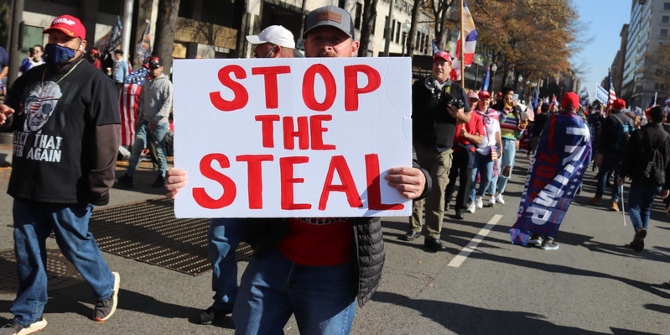