It is tempting to describe the unfolding response to the Covid-19 virus as a battle between science and politics. When US president Donald Trump suggested that injecting people with household disinfectant might cure them, or when Turkmenistan president Gurbanguly Berdymukhamedov endorsed the view that smoke generated by burning a type of grass called yuzarlik would safeguard against the virus, plain ignorance of scientific facts seemed to be at work.

In other cases, politicians have appeared to be playing… well, politics, ignoring both science and common sense. Mexican president Andrés Manuel López Obrador denied for weeks that the virus was a threat and continued to hug and shake hands with supporters, only to flip suddenly and impose a lockdown without warning. Trump blamed China for the virus and closed off the US to migrants, and his base cheered. Brazil’s president Jair Bolsonaro followed the same script, claiming that the coronavirus crisis is a media trick. As an epidemiologist from the University of São Paulo put it: “It’s as if everybody’s on the same train heading towards a cliff-edge and someone says: ‘Look out! There’s a cliff!’ And the passengers shout: ‘Oh no there isn’t!’ And the train driver says: ‘Yeah, there’s nothing there!’”

It is easy to see why NYU’s Gernot Wagner has argued that it helps to have political leaders with a science background, judging by the success of Germany in managing the crisis under Angela Merkel, who is a trained physicist, or that of Ireland under Leo Varadkar, who is a doctor.

In recent years populist politicians have earned anti-establishment credentials and scored political points by disparaging experts, but the tide seems to be turning. Precisely because scientific and medical knowledge are so obviously necessary when dealing with a pandemic, the crisis has had one healthy byproduct: restoring a modicum of respect toward technical expertise. Both Donald Trump and UK prime minister Boris Johnson and his ministers have made it a habit to hold press conferences with their scientific advisers. Even more striking, Trump has had to endure the indignity of a poll showing that Anthony Fauci, the government’s top infectious disease expert, enjoys an approval rating nearly twice as high as his own.

So are science and politics on opposing sides of the tussle to craft the right policy response? We do not think so. Politics uninformed by science quickly becomes quackery. But science unmediated by politics is of limited use when it comes to solving a collective action problem such as a pandemic.

One reason why science needs politics is that in a fast-moving and uncertain situation, not even experts can be sure of what to do. During the COVID-19 outbreak, questions about how extensive the lockdown should be or how long should it last, or whether wearing face masks should be compulsory, are intrinsically contested. Economists tend to discuss policy as if politics is what gets in the way of doing the right thing, and there are echoes of this attitude in debates involving scientists in the current crisis. Such frustration is justified when there is unambiguous consensus about the right policy or right advice, which just requires political will to become a reality. That is not the case today.

A particularly difficult set of issues arise when policies have winners and losers. In the current crisis, many professionals can safely continue to do their jobs (and receive their incomes) from home, but factory workers and shopkeepers cannot, and they suffer the consequences. Similarly, young people who could go out to work with little risk to their health have to stay in for the sake of older people who are most at risk if they contract the virus. How can society adjudicate those difficult distributional questions? What are the proper roles for science and politics?

The conventional wisdom is that trading-off the interests of gainers and losers is a matter of value judgments, so that expert knowledge is of little help in performing this task. That view is not quite right. Many tools of cost-benefit analysis, for instance, can help render judgments about trade-offs both systematic and transparent. Nonetheless, in complex policy decisions where many elements are poorly measured or intangible, cost-benefit analysis is at best a useful guide for policy, not a tablet of wisdom from which simple answers can be read. In short: making distributional choices is the job of politics, but that is a job best done taking judicious advantage of what science and expert analysis have to offer.

Johnson and Trump understand this. They may not be particularly fond of experts, but they keep inviting their own scientific advisors to their press conferences because soft-spoken scientists add credibility. Yet the doctors with their lab coats and charts in turn need the politicians for something else: legitimacy and trust.

The effectiveness of a public institution or policy depends crucially on how much citizens trust it. Just as a central bank can only do its job if citizens trust the currency it prints, the medical profession requires trust. Doctors need patients to follow their guidance, take medicines that they are prescribed and be willing to undergo invasive medical procedures if needed. And while the trust I place in an expert institution matters, other citizens’ trust matters just as much or more. If everyone in my neighbourhood trusts medical advice enough to vaccinate their children against measles or mumps, then even if I do not vaccinate my own kids the risk of contagion they face is very low. So private actions have public consequences, something that economists refer to as externalities.

Such externalities are everywhere in the crisis. People who decide to leave home in order to go to work may increase the probability of contagion for others, while people who wash their hands regularly have the opposite effect. Because staying home and forgoing income or queuing two metres apart all have costs, people will follow lockdown and social distancing orders only if they view those orders, and the process that lead up to them, as legitimate. And that legitimacy can only be provided by political leaders working within the confines of institutions that citizens both respect and trust.

The fact that long before the virus hit most politicians’ credibility was at a nadir should not obscure another equally important fact: in modern secular societies, no one else can do the job of generating public trust. And if those modern societies are democratic, accountability is one key source of that trust. While the conventional view is that accountability is a constraint on political action, it is also an enabler. When politicians have announced lockdowns that impose economic costs, the public know that the politicians will ultimately be judged on whether the trade-offs are deemed to have been well-judged. Holding politicians responsible for a decision they have taken can enhance trust in that action.

So it is dangerous when politicians ignore expert advice. But it is just as dangerous when politicians outsource their judgement to experts, especially so if the margin of error is huge and the advice is contested. Making choices involving difficult trade-offs is what politics is all about. Politicians may not do this in a way that pleases many people, but that is in the nature of the beast. Their job today is both to get the balance between expert opinion and political representation right and to communicate the reasoning behind decisions taken.

Some of the distributional effects of COVID-19 and the policies that have been put in place to fight it are only now becoming apparent. Those painful effects will doubtless make politics even more difficult and disputatious in the months to come. And that, unfortunately, is a problem that cannot be solved by injecting people with disinfectant or burning yuzarlik. 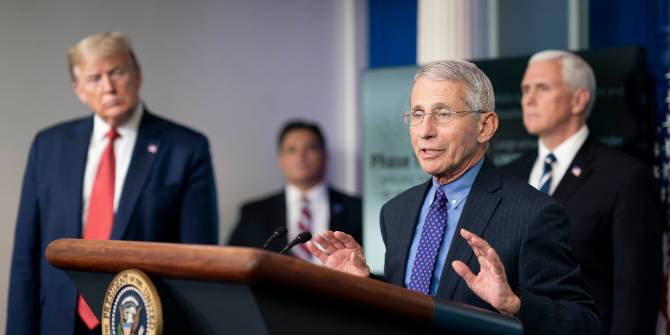 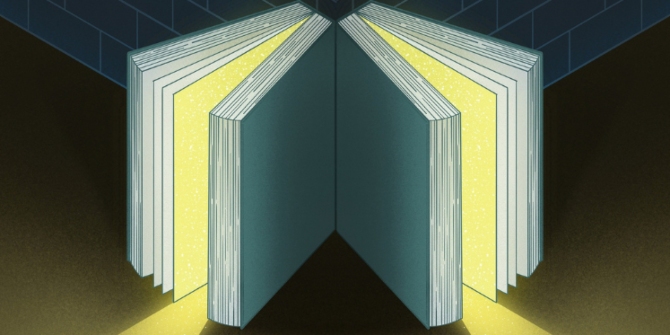