In Hustle and Gig: Struggling and Surviving in the Sharing Economy, Alexandrea Ravenelle offers a new ethnographic study that examines working life for people in the gig economy that was so lauded as a way out of unemployment after the 2008 financial crisis, focusing on Uber, TaskRabbit, Kitchensurfing and AirBnB. Johannes Lenhard praises the breadth of sectors covered and the depth of ethnographic detail offered in this book, which opens space for further research into how gig work could, or indeed does, work better.

Hustle and Gig: Struggling and Surviving in the Sharing Economy. Alexandrea Ravenelle. University of California Press. 2019.

An ethnography of the techlash – beginning with gig work

Have you ever thought about why the ‘sharing economy’ is talked about far less now? Ever wondered why ride-sharing has become ride-hailing, for instance? Did you ever really understand why ordering an Uber – one of the ‘essential services’ right now during the COVID-19 pandemic –  had anything to do with sharing someone’s car rather than just using a taxi service?

This is all about ‘tech exceptionalism’: the idea that anything tech-enabled, such as a room rental platform (AirBnB), a cleaning-aide service (TaskRabbit or Helpling) or a taxi company (Uber, Lyft), is not what it looks like and hence doesn’t have to adhere to the same rules and regulations. Workers are not employees, for instance – they are independent contractors, or even better, autonomous entrepreneurs.

But at least since the Theranos fraud charges, the heavy critique of Uber (for sexism internally, among other issues) and increasing fines (and lawsuits) being levelled at Facebook, Google and other platforms, something many call ‘techlash’ is in full swing. Alexandrea Ravenelle’s recent account of several gig economy platforms, Hustle and Gig, fits into this movement.

Based on myriad interviews with workers of four different platforms – TaskRabbit, Uber, Kitchensurfing (by now shut down) and AirBnB – Ravenelle provides a level of detail on the everyday problems these ‘contractors’ have to deal with in their jobs that so far have not been documented systematically. What is working life like for people in the gig (or sharing) economy that was so lauded as a way out of unemployment after the financial crisis of 2008?

Ravenelle brackets her answer by dividing gig economy workers into three groups: the strugglers really fighting to make ends meet at all; the mostly part-time strivers earning some extra cash; and the success stories, the quasi-entrepreneurs functioning as the poster children of the gig economy (11). While there are indeed some high achievers, they are the exception and often build on existing skills (e.g. being a qualified chef) or capital (e.g. owning an apartment) (see Chapter Seven). For the majority of gig workers, the seemingly flexible work is defined by both a ‘technological panopticon’ (15) and a large variety of everyday struggles.

Ravenelle’s stories are detailed accounts of workplace troubles (Chapter Three), including experiences of pain and injuries as well as a lack of workplace protections and health insurance. She also unearths many sexually charged work encounters (Chapter Five) – imagine being called in to cook dinner, to find yourself in the middle of a swingers’ party. Lastly, Ravenelle’s interviewees provide many accounts of involvement in illegal activity (Chapter Six) – from shipping prescription medication across borders to being the driver of a drug run.

Gig workers rarely enjoy any of the above jobs and tasks but feel helpless: reporting is often complicated and tedious (there are no real emergency ‘buttons’); how are you supposed to get out when a group of four people takes over your Uber to distribute drugs? Most importantly, many are dependent on the income (and on continuing to earn money based on good ratings). In Ravenelle’s words, these particular experiences ultimately lead to a ‘downgrading [of] the value of labour’ (60) and ‘increased economic insecurity and worker vulnerability’ (208) rather than the dream of entrepreneurship. With many historical comparisons made throughout the book, she goes as far as to argue that the gig economy has pushed many workers back to ‘the workplace of the early industrial age’ (111).

Ravenelle’s account of the state of gig work in Hustle and Gig is a great starting point: both the breadth of sectors covered and the depth of the ethnographic material are fantastic and add important detail to the techlash movement that is so often empirically weak. But it also raises several questions that I would like to see further studies address.

First of all, Ravenelle, like her colleagues in the new work field (such as Alex Rosenblat and Ilana Gershon), is limited in her ethnography, and hence analysis, to the US context. How is Europe different? What’s happening in Asia? Who could learn from whom when it comes to regulation? In fact, a comparative study from a legal perspective would be highly illuminating.

Second, despite the book’s ethnographic basis, the analysis is often stuck on a meta level. Inequality and insecurity at work are obviously highly important – but this often leaves out the power that the individual ethnographic analysis can bring. How are these people feeling in terms of their identity and their worth, including within their families? We hear a lot about atomised individuals and very little about, for instance, the kinship networks these people are embedded in. What influence does their work have on the people around them? It would be worthwhile doing more long-term ethnographic studies of gig workers that go beyond just their work context. That’s where anthropology can bring lots of value.

Lastly, I’m keen to hear much more about how gig work could, or indeed does, work better. Ravenelle – unlike Rosenblat’s purely critical Uberland – goes into some detail on gig work companies that are doing better. She mentions MyClean and Hello Alfred as positive examples of gig work platforms where workers are registered as employees with all the associated benefits. The outcome doesn’t just seem to be better for the workers but also for the companies that are able to make a profit (unlike Uber or AirBnB for that matter), despite paying up to 30 per cent higher rates. While I appreciate sociological (or anthropological) critique, I’d love to see our powerful methods used to figure out the positive side of what the future of work could look like. The techlash alone is hopefully not going to stop here, with simply being critical; because what I also see as our duty is to find alternatives to the companies and institutions we are writing down. 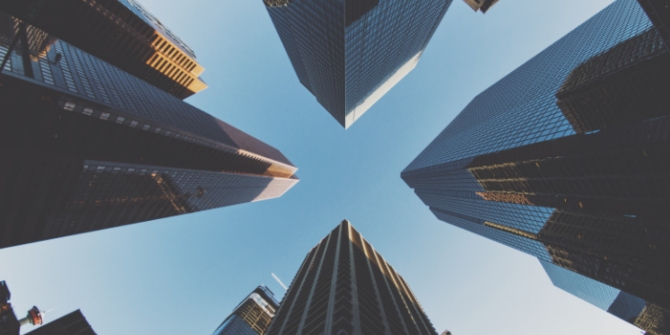 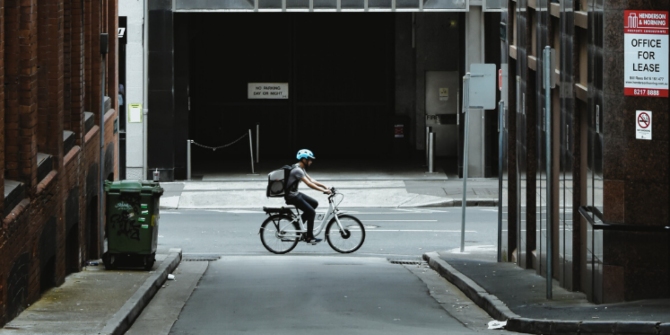