Russia’s invasion of Ukraine has rightly stirred outrage against an act of naked aggression, and sympathy for the plight of ordinary Ukrainians forced to flee their homes and to become refugees. I offer five insights from political science on what the crisis may bring.

One reason Russia’s invasion of Ukraine has generated so much attention is that it appears to be an affront to the liberal international order that has been underwritten by American military dominance since the end of the Cold War. The media is awash with claims that the invasion marks a weakening of the liberal international order which takes us a step closer to the pre-1989 world. In crude theoretical terms, the invasion appears to deal a blow to constructivist advocates, who believe rules and laws to shape state behaviour, and a vindication of realists who believe interests and power do so.

The opposite may prove true. Rather than weakening the liberal international order, Putin may have inadvertently strengthened it. The invasion has brought a unified stance within Europe; a rapprochement between Europe and the US on security priorities; and as close to a consensus within the UN General Assembly as believers in the liberal order could hope for. It has also breathed life back into NATO. Several European members that had previously relied on the US security umbrella have now committed to increase their military spending. Re-supplying Ukraine militarily also represents a significant departure in security policy for several European nations. And the willingness of those nations dependent on Russian oil and gas to endure pain and to reduce their future dependence underscores the strength of their political resolve.

The reason for such a remarkable display of unity is what Putin has come to be seen to represent. He symbolizes the antithesis to the liberal international order. The response is as much a rejection of Putinism as it is support for Ukrainians. It is not then so much because Ukraine is a model liberal democracy. It scores only 3.36 on Freedom House’s 7-point democracy scale and is considered only “partly free”. It is because Putin has openly said he wishes to see the liberal order torn down and scorns the values liberal democratic publics hold dear.

Rather than embolden illiberal leaders then, the attack on Ukraine will likely make ambitious autocrats pause for thought. China’s President, Xi Jinping would not, for example, wish to damage his country’s international standing in the way Putin has hurt Russia’s by risking a takeover of Taiwan. Putin has tested the limits of liberal resolve. Illiberals will note that it is still strong.

Ukrainian resistance is heroic. Yet few security analysts doubt the eventual outcome of a Russian military win if it maintains aerial supremacy. Why then does the Ukrainian government not simply surrender to avert the bloodshed and minimize the destruction?

The government’s persistence could well simply be a matter of nationalist pride. An emotional, not rational reaction to the situation. But political science suggests there may be a strategic logic behind the choice to fight on. Since its articulation in 2001, the idea of a Responsibility to Protect, or R2P, has become slowly more embedded in international discourse (the UN’s member states committed to the principle in 2005). The idea represents a promise that the international community will intervene to stop atrocities being committed against civilians. For some, this creates a moral hazard (where more risky behaviour is undertaken). Resistance will be offered, even if it means significant loss of life, because the hope remains that help will come.

Ukraine’s president, Zelensky has repeated asked for help from the West. And as the Ukrainian resistance has continued, Putin has intensified his attacks and committed what appear to be war crimes by targeting civilian populations. As the stories and images of these atrocities reach western audiences, the pressure on their governments to act will mount.

It is unlikely NATO will heed the plea for a no-fly zone. The risk of confrontation with a nuclear power will outweigh any consideration for civilian lives. Seen in this light, R2P is at best an imperfect insurance policy against atrocity.

While winning the war may be relatively straightforward for a militarily superior Russia, keeping the peace will be less so. The lesson from the US 2003 invasion of Iraq is that forcing regime change is only the beginning of a long engagement with the country you occupy. There will almost certainly be continued resistance if a pro-Russian government were installed. The insurgency that would follow would again be supported externally and again likely attract foreign fighters. At least in the case of Iraq, the US empowered the Shia ethnic majority. Ethnic Russians in contrast represent less than a fifth of Ukraine’s population.

Putin will be aware of this risk. If he is feeling confident, he may try nonetheless to topple the Zelensky government and put in place a puppet. If he is risk-averse, however, he may look to define victory differently. Russia may be content to inflict damage short of regime change in Ukraine but enough to signal to any bordering state that seeking NATO membership would be foolish. Russia would annexe all ethnic Russia-majority regions before retreating and leaving a rump Ukrainian state.

Claiming some form of victory is important for Putin’s domestic survival. His invasion has drawn extreme sanctions. In Putin’s favour, however, is the ability to claim, at least for a domestic audience, a stronger strategic rationale than the US had for its invasion of Iraq. Ukraine borders Russia, and is home to ethnic Russians, and has contemplated joining a security alliance that would place new troops and armaments right on Russia’s border. In Iraq by contrast, there were never weapons of mass destruction that threatened the US, the invasion altered the regional balance of power in favour of Iran, and the regime change unleashed transnational jihadist forces that came to represent an even greater global security threat. And consider the analogy. If the Soviet Union sought to convince Mexico or Canada to join the Warsaw Pact, the US would have never stood by. The Cuban missile crisis proved it would not tolerate the positioning of weapons of mass destruction 90 miles from its border. Putin then can rightly point all this out to Russians. The decision to invade, he will argue, was justifiable.

Yet this is not how his decision is viewed outside of Russia. It has instead exacted almost universal rebuke. Like all autocrats Putin fears either an elite-engineered coup or else widespread mass protest. He has avoided the former through patronage and has appealed to Russian nationalist sentiment to avert the latter. Yet if his domestic credibility weakens, he will have to rely increasingly on the other instrument in the autocrat’s toolkit: repression.

There are limits to how much coercion an autocrat can use against his own citizens. Too much for too long is unsustainable. This is Putin’s dilemma. The colour revolutions in former Soviet states and the uprisings of the Arab spring bode ominously for dictators who come to rely too heavily on repression. If Putin is seen to lose in Ukraine it may mark the beginning of the end for his regime. It may be a protracted ending given the strength and loyalty of his internal security apparatus, but still an endpoint finally in sight.

The exodus of Ukrainians fleeing the war has elicited much-deserved empathy internationally. Yet the welcome they have received in Europe is in stark contrast to that given to refugees from places such as Syria and Afghanistan. The inconsistency erodes the already-strained protection regime put in place for refugees after the Second World War. It is in this sense that Russia’s invasion weakens the liberal international order. It exposes the culturalist bias in the world’s treatment of refugees. The journalists covering Ukraine who have emphasized the “civilizedness”, “Europeanness”, “developedness” and even colour of the country’s refugees to communicate their shock at what they are observing betray this bias. The bias is all the more glaring when one considers where responsibility for the breaking of Afghanistan lies and the fact that Russia was responsible for the destruction of Syrian cities from the air as well.

Posted In: Omar Shahabudin McDoom | US foreign affairs and the North American neighbourhood 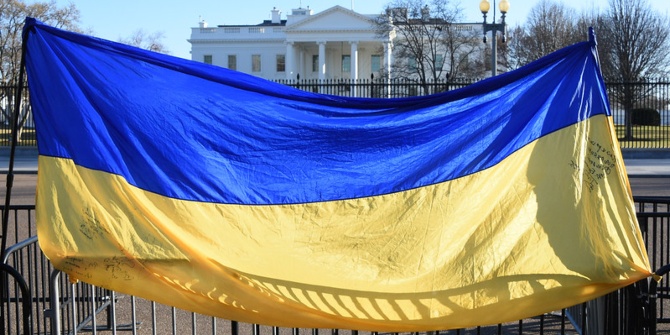