According to a recent report, 16 women each hour were the victims of sexual violence in Colombia from 2010-2015, including while peace talks between the Colombian government and FARC-EP were underway. Erika Rodríguez Gómez discusses the significance of the report and the challenges to fully realising women’s rights in Colombia. 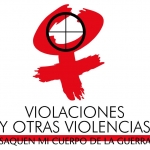 The Campaign ‘Rape and other Violence: Leave my Body out of the War’, an alliance comprised of Colombian feminists and human rights organisations, was launched in 2009 to raise awareness regarding the sexual violence in the context of the Colombian armed conflict. Its aim is to contribute to the reduction of the impunity in terms of the prosecution of sexual crimes against women. In August 2017, the Campaign published the results of the survey on different types of sexual violence committed against women in Colombia during 2010 – 2015.

The report, ‘Survey on the Prevalence of Sexual Violence against Women in the Context of Armed Conflict in Colombia 2010 – 2015 (Encuesta de prevalencia de violencia sexual en contra de las mujeres en el contexto del conflicto armado Colombiano 2010-2015), notes that sexual violence in Colombia is a habitual and frequent practice in the municipalities where armed forces, guerrilla groups and paramilitaries (including criminal organisations known as ‘BACRIM’ established after the paramilitary demobilisation process) are present. This has been recognised by the Constitutional Court in different rulings, especially in Ruling 092 of 2008 where the tribunal ordered the implementation of thirteen programmes within the public policy of comprehensive care for the displaced population, to respond effectively to the differential risks faced by women. Nine years later, these programmes still have not been created.

The survey was conducted during the second phase of Colombia’s peace process, before the  first final agreement was signed in September 2016. Women were interviewed across 142 municipalities previously identified by the Human Rights Ombudsman’s Office as ‘territories at risk’. Three territories were excluded due to security concerns for female interviewers and interviewees alike.

The research methodology was developed within a feminist framework, understanding gender-based violence as an ongoing problem in women’s lives instead of isolated incidences. This approach broadened the understanding of sexual violence, ensuring less visible crimes – regulation of social life, forced domestic labour and sexual harassment – would also be included.

The report shows that most of the types of sexual violence, except in cases of forced sterilisation and sexual harassment, are committed by the victim’s relatives rather than armed actors. It also shows that the regulation of women’s social lives is the most prevalent form of violence (64.2 per cent of women interviewed). This type of violence restricts women’s behaviour, particularly by regulating their relationships and sexual lives. Other instances include the enforcement of dress codes, prohibiting attendance at public events and travel to certain places, and enacting curfews, all under threat of punishment.

This means women are insecure in all contexts. In a patriarchal culture, the legitimation and normalisation of violence against women increases the possibility that women’s rights will be violated. The presence of armed actors compounds and increases this risk and invades women’s private spaces. We are now seeing perpetrators outside the conflict learning from the legal and illegal military structures, as well as armed actors. Women I interviewed in Buenaventura were afraid of being killed by their husbands, brothers, cousins or other relatives. They have been threatened with the same forms of violence that armed actors have historically used throughout the region – dismemberment, burning. But women’s bodies and lives do not matter in a patriarchal society, so perpetrators – whether armed or not – will never be sanctioned by the judicial system.

Other reports in Colombia have supported these findings, revealing the level of impunity in sexual violence cases. In Ruling 092, the Constitutional Court ordered the prioritisation of 183 cases of sexual violence through confidential annexes. Seven years later, in Ruling 009 (2015), it ordered the prioritisation of 456 more cases to be investigated by the Attorney General’s office. The ‘Working Group to monitor compliance with Constitutional Court Auto (Ruling) 092 of 2008 and 009 of 2015 and its Confidential Annexes in relation to the situation of impunity in cases of sexual violence against women in connection to the armed conflict’ concluded in their Sixth Monitoring Report that the level of impunity in the prioritised cases exceeds 97 per cent. This means there is almost absolute impunity in all cases. Currently there are only 14 convictions and most of the cases have been archived, leaving 768 survivors without any hope that their cases will ever be heard.

The scale of the problem becomes enormous not only because of the level of impunity. The First Survey on the Prevalence of Sexual Violence against Women in the Context of Armed Conflict in Colombia exposed that from 2001-2009, 489,687 women were victims of sexual violence across 407 municipalities with an active presence of the armed forces, paramilitaries, guerrillas and other armed actors. This means that between 2001 and 2009, 6 women each hour experienced some form of sexual violence. In the next five years, that number increased to 16 women each hour.

How is this possible? What can we expect from Colombia’s transition when women keep being victimised?

The report provides a lot of interesting figures, especially because there have been no clear statistics on sexual violence in Colombia. The report ‘Colombia: Memories of War and Dignity’ presented by the Historical Memory Group of the National Commission for Reparation and Reconciliation, only recorded 1,754 victims of sexual violence from 1985 – 2012. Feminists and human rights organisations are working hard to obtain accurate numbers and to know the reality and the dimensions of the issue. The statistics they have recorded are astonishing.

It is important to recognise that behind each case and number, there is a woman who needs reparation and concrete actions to emotionally process the impact of the violence. The biggest challenge for the government, the state and society in general, is to create a safe space for women, which requires a reduction in levels of judicial impunity and the provision of protection, security and health care for victims, especially in the context of implementing the Peace Agreement.

The survey forms part of vital work in Colombia to analyse the impact of sexual violence and ask new questions of research. For instance, the results highlight that young black women with fewer resources are most likely to be victims and they are more vulnerable to sexual harassment in the biggest cities. However, interviewers did not collect data on sexual orientation and gender identity. This is a missed opportunity, as women’s experiences of violence are related to their identities and subjectivities. Intersectional data is needed if we are to take seriously the roots of violence.

As a professional who participated in the fieldwork for the survey, I can say that using a feminist perspective in the development of the survey highlighted the limitations of traditional investigatory methods and helps to transform the methodology in such a way that improves achievements. The researchers were women, most of them victims of the armed conflict and members of grassroots organisations working to promote human rights in Colombia. Their work deserves recognition since it was not just a way to gather data and document a serious issue, but it was also a means to listen to women and break the silence. 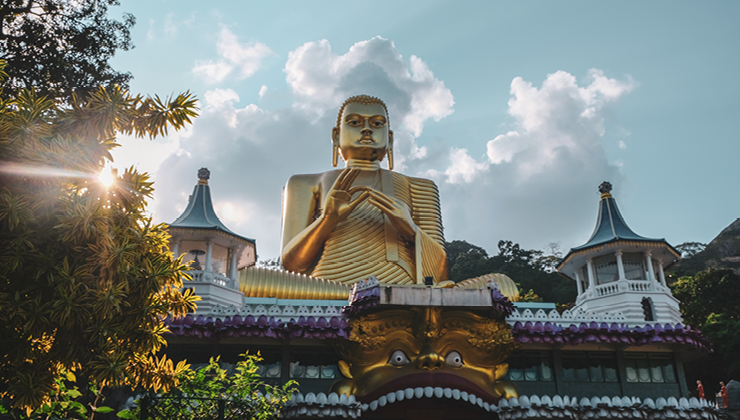 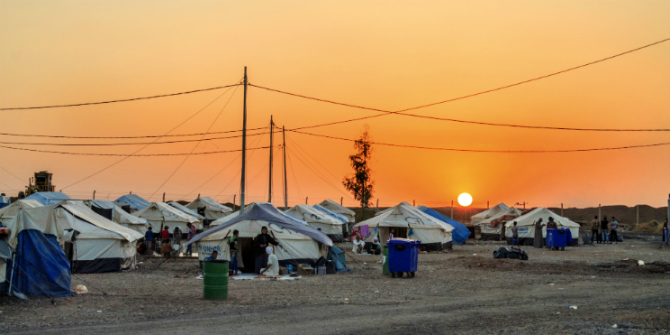