Waiswa Nkwanga argues that a huge gulf lies between US President Barack Obama’s rhetoric and actions on Africa.

Andrew Mwenda’s recent article accusing Obama of acting like “a colonial headman lecturing the natives on how to behave as good subjects” has unleashed a relatively small barrage of criticism that the rather controversial Ugandan journalist was wrong in his analysis.

One writer, for example, charged that Mwenda overlooked “the fact that Obama, during his visits to Kenya and Ethiopia, has profiled himself more than anything else as an advocate for those Africans who stand up for justice and democracy.” Another went as far as calling Mwenda a pseudo-intellectual for accusing the president of “flagrant hypocrisy.” There is a lot that can be said about Mwenda’s commentary, but here I would like to focus on the first claim.

Obama’s speech to the African Union (AU) was one of the best he has given during his presidency, at least to me. It was well rounded, detailed and passionate, touching upon almost all of the important issues on the continent currently: the economy, development and health; democracy, war and peace; human rights, women’s rights and common humanity. Obama connected the dots of Africa’s past, present and future. He clearly showed that he understood Africa very well, and judging from the cheers and shout in the room, his message was well received.

Personally, watching Obama deliver his speech to fifty-plus African heads of states helped me envision the perennial pan-African dream of a United States of Africa and what it could actually look like in real life. The setting was perfect, giving Obama the look of Supreme leader of the Union delivering a State of the African Union address to a joint session of African heads of states. It was the first time I felt that pan-African imagination, dream and possibility, and I do not expect to see it again in my lifetime. I don’t expect to see another black leader of Obama’s stature—and a leader who can inspire the same level of unity and pride among Africans regardless of their nationality or status as Obama has—address African heads of states, as I saw that day.

And while that image will stay with some of us for a long to come, so will the president’s message, which has been incredibly consistent. Back in 2009, the president gave a powerful speech to the Ghanaian parliament in which he appealed to the African leaders to embrace democracy. “History” he said, “is on the side of these brave Africans, and not with those who use coups or change constitutions to stay in power. Africa doesn’t need strongmen. It needs strong institutions”. In Addis Ababa last month, Obama repeated the same message and understandably so. Many Africans feel powerless in their own countries in the face of brutal regimes such as those in Burundi, Eritrea, Gambia or Sudan, to mention but a few.

On the basis of his rhetoric, then, the president certainly has projected himself as a strong advocate for those Africans who stand up for justice and democracy. But when judged on the basis of his policies on the continent over the past six years, not so much: a huge gulf lies between the president’s rhetoric on the one hand and his actions on the other.

Obama’s failure to mention Libya, Egypt or AFRICOM in his speech to the AU is particularly illuminating. In 2013, Obama stood silent as the Egyptian military ousted a democratically elected government of Mohamed Morsi, and despite pressure from both Democrats and Republicans at home, refused to call it a coup or withhold US aid to the Egyptian military. Even the AU, which is famous for embracing wicked regimes, had the good sense and courage to not only denounce Abdel el-Sisi’s undemocratic seizure of power but also suspend one of the its most vital members, Egypt. If Obama, unlike many westerners, believes that Egypt is in Africa and a key member of the African Union, then he should know that his own record on promoting democracy in Africa is not so great either.

Then there is Libya. No one doubts that there is significant amount of instability in Africa today, but Africans are not entirely responsible for causing all of it. In Libya, it was Obama who championed a dumb western invasion of that country. That invasion plunged a once-stable country into complete mayhem, destroyed the country’s infrastructure and vibrant economy, and turned Libya into a mere terrorist hub. Despite the rhetoric, the US and its allies neither established peace in Libya nor installed a democratic regime there.

Only Libyans know what it felt like to sit through a speech given by a foreign president who is responsible for destroying their country and not hear a single word about the subject, so very opposite and so contradictory to the president’s message of unity and common humanity.

Moreover, Obama’s continued militarisation of US foreign policy on the continent, which started under the Bush administration, contradicts his rhetoric. In 2008, the United States established the Africa Command (AFRICOM) responsible for US military operations in the region. Today, AFRICOM is involved, in one way or another, in more than a dozen African countries. According to a recent report, in 2014, the Command carried out 674 military activities across Africa, yet its operations remain highly covert, unknown to most Africans. One does not promote democracy, peace and justice through secrecy and war.

And that is not the only problem with AFRICOM. In some respects, the Command’s increasingly prominent role on the continent is itself emblematic of the declining sovereignty and power of African states and the resurgence of western imperialism. The French intervention in Mali and Ivory Coast, NATO’s in Libya, and now the growing influence of AFRICOM on the continent are pressing examples. Where the AU has intervened in recent years, such as in Somalia, Darfur, and Central African Republic, it has done so at the behest of the UN and the US and its NATO allies.

After three decades of steady decline of African states and the growing dependency on the West, it is easy to think that things have always been this way. But that is not true. A few years before I was born, Idi Amin, the man who declared himself the Last King of Scotland, took power in Uganda through a military coup allegedly supported by the UK and Israel. Idi Amin was an extremely insecure, incompetent and ruthless leader who expelled foreigners, attacked neighbouring countries, destroyed the country’s economy and allegedly murdered more than hundred thousand Ugandans. And who ousted Amin?

It certainly was not the US or NATO. It was Tanzania, which singlehandedly ended Amin’s brutal reign in Uganda in one of the most effective international interventions in world history. At the same time, Tanzania, together with other African countries, provided military, financial and other forms of support to liberation struggles in countries such as South Africa, Zimbabwe and Angola against the will of the West. They won every single one of those struggles, freeing millions of Africans from colonial tyranny. The rising influence of the United States, and in particular AFRICOM, on the continent exposes the colonial underside of Obama’s recent visit to Africa.

It is also hard to take Obama seriously on issues of human rights. Here, again, a huge gap exists between the president’s rhetoric and his actions. During the US-Africa Summit last summer, Obama hosted fifty African Heads of State at the White House. Among those he invited to the White House dinner were leaders like Yahya Jammeh of Gambia, Yoweri Museveni of Uganda as well as former president of Nigeria  Goodluck Jonathan who are notorious for persecuting LGBT people. Not to mention the autocrats such as Paul Kagame of Rwanda, José Eduardo dos Santos of Angola, Paul Biya of Cameroon, Denis Nguesso and many others.

None of this denies the substance of Obama’s speech at the African Union, or the symbolism of his visit to the continent. Nonetheless, Obama should have owned up to his record in its entirety and let the Africans judge for themselves instead of shifting the conversation from what he has done to what his hosts were not doing right in Africa. Clearly, his disastrous policies on the continent are responsible for destabilising countries, destroying lives, and propping up undemocratic regimes in Africa. 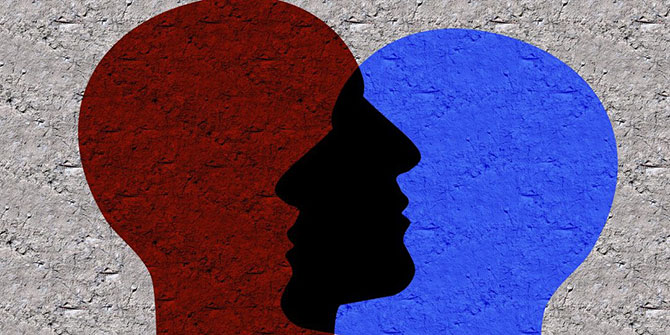 Bad Behavior has blocked 1240 access attempts in the last 7 days.