As the India Prime Minister Narendra Modi seeks to usher in a new era of Africa-India relations, LSE’s Pritish Behuria analyses his approach.

Last month, representatives from all 54 African countries visited New Delhi to attend the third India-Africa summit. 41 leaders led their delegations to summit meetings and bilateral meetings with Prime Minister Narendra Modi, as well as local shopping visits. Modi also encouraged leaders to dress in one of his signature sleeveless jackets at a dinner during the summit (with only South African President Jacob Zuma and Zimbabwean President Robert Mugabe not taking up Modi’s invitation). The summit was part of Modi’s global diplomatic tour. The Prime Minister has spent 2.5 months abroad since he assumed power, travelling to 29 countries over the last 18 months.

Modi’s government has created a discourse of promise around the future of India’s relationship with Africa. However, it is unclear whether the future of India’s relationship with the African continent will change and how such change will be shaped. If countries are to capitalise on October’s diplomatic pomp, opportunities will need to be harnessed by actors on both sides (within India and in individual African countries) and turned into outcomes, with Modi arguing that the latter was missing during Manmohan Singh’s leadership. However, Modi is yet to do anything to address the cumbersome delays and bureaucratic red tape often associated with accessing lines of credit to Africa and he has not signalled any intention to bolster India’s diplomatic corps in Africa – postings to the continent are often internally recognised as ‘punishment’.

Modi’s decision to erase elements of the past (in particular, Nehru’s eminent position in developing solidarity ties) also attempts to refashion India’s diplomatic future. As Dan Large argues, “the past is active in the present” and such positions can contribute to combating powerful legacies attuned to the positions of rivals within the country today. African leaders seemed more aware of the importance of Afro-Asian solidarity and the symbolism of Bandung and the Non-aligned movement by mentioning Nehru in their speeches, despite Modi’s reluctance to do the same. Mugabe even characterised the Indian National Congress as ‘a great party’ and South African President Zuma broke protocol to meet Sonia Gandhi. Though some African leaders rebelled against (or were simply unaware of) Modi’s attempt to refashion India’s relationship towards their countries, the significance of this move should be recognised. Those pressing for redeveloping the terms of India’s relationship with the continent may see it as a way of arresting the lag in India-Africa ties. However, reimagining Indian-African ties while ignoring facets of the history of the relationship can detrimentally affect the shared histories of solidarity on which such relationships were built. Modi has continued to acknowledge the importance of a shared history of solidarity against colonialism. However, he has chosen to do this while ignoring the influence of a leading figure (Nehru) in such solidarity movements.

The summit was not the first of its kind but it was the largest. Previous India-Africa summits were held in 2008 in New Delhi and in 2011 in Addis Ababa. However, attendance had previously been limited to 15 countries in accordance with the Banjul formula. Modi’s motivations for holding the summit may include the containment of Chinese influence in Africa, accessing the continent’s raw materials, winning African support for India to gain permanent status on the United Nations Security Council and developing relationships with African countries as a market for ‘Made in India’ exports. The value of India’s exports to Africa has increased by more than 100 per cent between 2008 and 2013. As a result, Indian exports to Africa have overtaken the value of US exports to Africa. Recent reports suggest India now imports more than 26 per cent of its crude oil from African countries, with Nigeria exporting close to ten per cent of crude oil received in India. Most African imports to India are raw materials, including crude oil, cotton, precious stones and diamonds.

The summit is a positive step towards furthering India-Africa relations. In the past, India has sought to distinguish itself from what is often termed as China’s exploitative relationship with Africa. Instead, Indian government representatives argue that India-Africa relations are more responsive and focus on ‘Africa’s needs and India’s strengths’. India’s trade with Africa has tripled since 2006 to $71 billion in 2014. However, China-Africa trade was far ahead at $222 billion in 2014. At the summit, Modi promised $10 billion in new credit and $600 million in grant aid. Manmohan Singh’s government already achieved significant advances in the trade relationship. Bilateral trade doubled in five years; concessional credit of nearly $9 billion and grants of $1.2 billion were dispensed to African countries. In 2013, one report indicates that 39 countries had received lines of credit, with Mozambique accessing the most individual lines of credit and Ethiopia receiving the largest amount of credit.

India’s investments in Africa take varied forms. State-owned enterprises have invested across the continent in profit-seeking ventures, ranging from projects of large state-owned companies to consultancy projects in engineering projects. Bharat Heavy Electricals Limited (BHEL) has invested in power projects in Rwanda, Sudan, Libya, Ethiopia, Egypt, Zambia, Tanzania, Uganda and Nigeria. The Oil and Natural Gas Corporation (ONGC) has active investments in Mozambique, Libya, Sudan, South Sudan and Tanzania. ONGC has committed to double African investments to $16 billion with expansions planned in Algeria, Angola and Equatorial Guinea. Indian private investors have also been active on the continent. Bharti Airtel has aggressively expanded into the African market. Tata outbid Chinese and European companies in Senegal to become the primary supplier of vehicles for Senegal’s new public transport fleet. Both public sector companies and Indian private sector companies benefit from lines of credit to Africa. The recently completed 28 MW Nyabarongo Hydropower project in Rwanda was partially funded by an $80 million line of credit extended by the Indian government. However, recent reports have highlighted that four Indian companies have cornered a large share of contracts, as part of concessional credit dispensed by the Indian government for investments in Africa between 2004 and 2014.

At the summit, it was often mentioned that India would take advantage of its existing diaspora – standing at over 2 million – in Africa. One Indian Minister referred to the India-Africa relationship as signifying ‘old friends, old family’. Though such relationships may be perceived as an opportunity, Indian diaspora communities have faced difficulties in several African countries and African students have repeatedly been victims of racism in India. In 1972, Indian diaspora were expelled from Uganda. The current Ugandan government, headed by Yoweri Museveni, has distanced itself from the actions of its predecessors, highlighting the success of many Asian families – the Madhvanis, the Mehtas, the Ruparelias, the Tirupathis and the Karmalis. However, Asian communities in some African countries (e.g. Tanzania) were excluded from benefits during nationalist experiments in the 20th century. There have also been many unfortunate incidents of racism experienced by Africans studying and working in India, which is a significant and rarely acknowledged issue. There is no doubt that the existence of a diaspora may be an advantage as India grows its economic and political ties with African countries. However, such optimism should be tempered while acknowledging the existence of antagonistic and racist sentiments in India and in several African countries.

Increased engagement between India and several African countries may provide an opportunity for domestic African firms to appropriate skills, technology and funding for economic transformation. However, as Ian Taylor argues, this will depend on how African governments and firms choose to engage with this opportunity. It will also depend on whether India will live up to its promises of being less aggressive and more attuned to the demands of African countries than China. Though the Delhi Declaration at the end of the summit looks forward to a new era of India-Africa ties, such ties should be examined with an understanding of the wider historical evolution of ties and the social implications of some of these relationships. Modi has attempted to distance Nehruvian solidarity from his discourse. However, as Modi seeks to transforms this relationship, it will be interesting to see how he builds on the past and which African countries may become priority partners in the future.

Dr Pritish Behuria is an LSE Fellow in International Development at the London School of Economics and Political Science. Follow him on Twitter @PritishBehuria.

South Africa’s wealth still resting in hands of a few 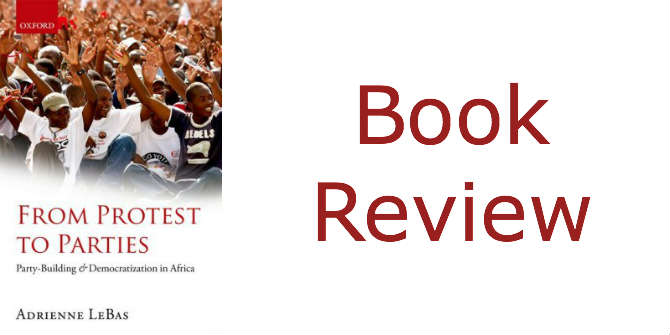 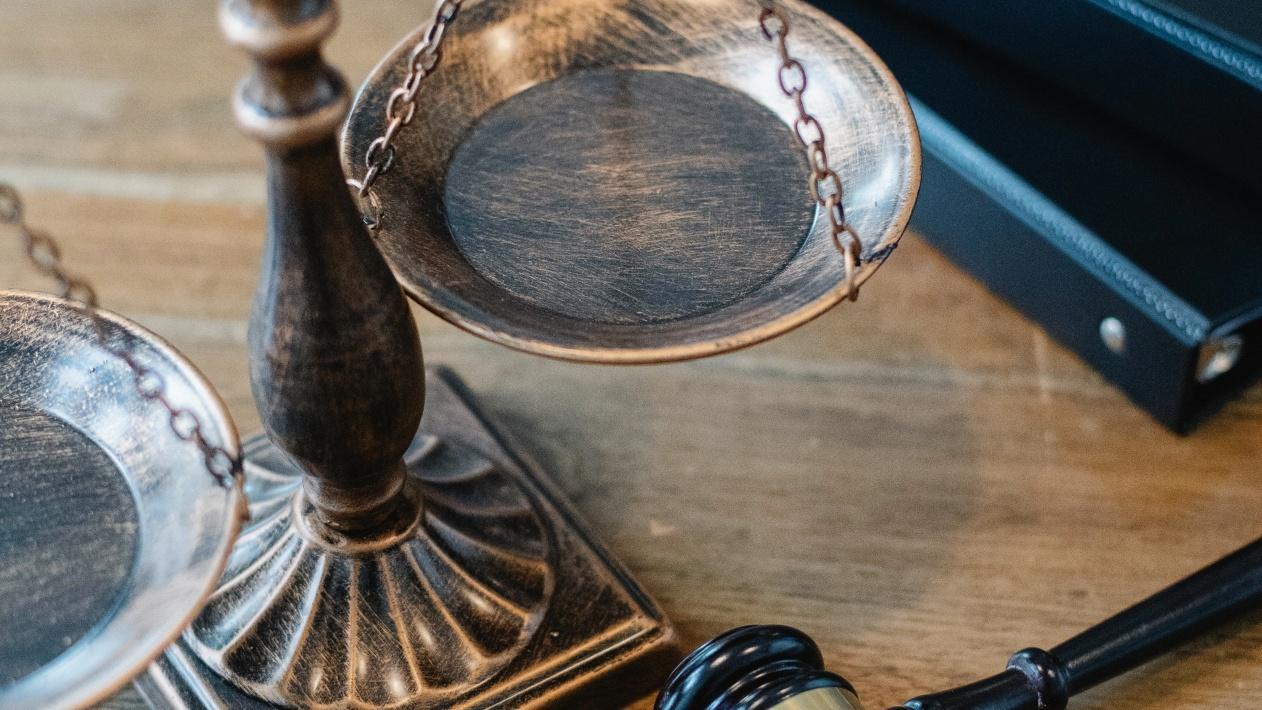 Bad Behavior has blocked 1372 access attempts in the last 7 days.