In a speech yesterday at Chatham House, David Cameron made a case that the forthcoming EU referendum is not about Britain’s economic security but also its national security. As Tim Oliver argues, arguments about national security have long played a part in the debate about Britain’s membership of the EU, and the forthcoming referendum will be no different.

In a speech yesterday to Chatham House David Cameron made a case that the UK’s membership of the EU is not simply a matter of jobs and trade but of national security. Raising questions about the safety and security of the nation brings with it images of war, peace and national survival. Cameron could be accused of ‘securitising’ the issue of Britain’s membership by moving the debate away from everyday political issues into some higher realm of existential threats and where decisions shape the country’s very survival. Eurosceptics argue that Britain has too often allowed foreign policy concerns to be put before its domestic priorities, especially economic and democratic needs. Securitising an issue can also move the debate into a realm where the public can become reverential to those in power. Cameron is not the first Prime Minister to see the EU as a matter of national security. Nor is such an approach one that should be overlooked or dismissed as a distraction.

The questions of national security Cameron raised are nothing new. The project of European integration has long had a security side to it, although whether the EU has been able to keep the peace in Europe is open to question. For Britain, joining the then European Economic Community was, in part, presented as a step forward for the security of a country that had only recently ended its retreat from empire and was struggling internally and externally to find a place in a world of two superpowers.

In 1957, Conservative Prime Minister Harold Macmillan’s ‘Future Policy Study’, a secret horizon scanning exercise of what Britain might look like by 1970, so accurately predicted levels of decline and economic problems for a UK outside a close relationship with the rest of Europe that it helped convince Macmillan of the need to apply for EEC membership.

It is worth remembering that Britain’s 1975 referendum on membership of the EEC took place against a backdrop of UK political and economic instability that, for some, raised questions about Britain’s very survival. Economic tensions, strikes and ‘the three day week’ had left Britain the ‘sick man of Europe’. The UK’s constitution and political system seemed to be in flux thanks to the rise of the Liberals and the SNP. The UK’s internal security was being tested by violence in Northern Ireland. Support for the EEC amongst Conservatives was fuelled in part by hopes that membership would stabilise Britain within what they then saw as the capitalist free market system of the EEC, one reason why some on the left resisted membership.

Externally, the hope was that membership would strengthen Britain’s economic and political contribution to the competition with a Communist world that in the 1970s could still appear to be keeping up with the West. Only a month before the referendum the world had witnessed the fall of Saigon. British public unease at US behaviour over Vietnam had itself raised questions about the reliability of an Atlantic partnership. This opened up the possibility of working more closely with European allies who were equally uneasy at US policy. 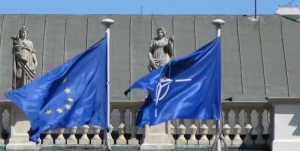 What then is the national security case today for the UK’s EU membership given the Cold War is over, Northern Ireland is peaceful, Britain is no longer the ‘sick man of Europe’, NATO remains the world’s most powerful military alliance, and the existence of the UK is not threatened as it was by the USSR? Any national security case rests on four broad areas.

Ideas of Britain as a great power able to protect its interests at home and abroad have since 1945 increasingly rested on the UK’s relationship with the USA and Europe. Being able to draw on the power of the European side as a force multiplier has become increasingly central as Britain’s own economic and military capabilities have declined. For David Hannay, former British Ambassador to the UN, the EU allows Britain to better handle global challenges as diverse as a newly assertive Russia and emerging powers, through to climate change, and massive migratory flows. Other options for Britain to pursue a great power status and secure its interests are seen as either limited or overplayed. Talk of rebuilding the Commonwealth, of working more closely with the ‘Anglosphere’, of joining the USA in NAFTA, or of becoming a ‘Switzerland with nukes’ lack much credibility. Even if they worked out in the long run, they would take time to unfold and consume effort to create. Leaders from a variety of nations around Europe and the world have raised doubts as to whether a Brexit is a way for Britain to boost its international standing or security.

Close relations with the USA remain, despite all the arguments, the cornerstone of UK and European security. Brexit is not going to bring to an end such arrangements as ‘Five Eyes’ or close cooperation on Special Forces. However, the wider political relationship with the USA would be tested. Only a few on the fringe of the political right in Washington D.C. think a Brexit would be a sound idea for the UK, USA, EU and transatlantic relations. As Condoleezza Rice, former Bush Administration Secretary of State and National Security Advisor, recently told Chatham House, ‘it is a very different Europe if it is a continental one’. The US has been a long-standing supporter of European integration and Britain’s involvement in it. A Britain that challenges both of these could find it damages both its relationship with the USA and the USA’s commitment to Europe at a time of heightened US exasperation at European inability to think about geostrategic concerns – whether they be Russia, China or ISIL – and invest in the necessary defence commitments.

As Cameron made clear, the prosperity and security of the rest of Europe are vital for the UK, and always have been. A Brexit could change the European geopolitical landscape in ways that are not favourable to the UK. A Brexit would remove the largest and keenest supporter of Atlanticism and an outward looking economic liberalism from Europe’s predominant political and economic organisation. The EU could become a union that is more inward looking and protectionist. The idea that Brexit could lead to the disintegration of the EU and the Eurozone is not to be casually overlooked given the costs this could bring about for the UK and Europe. As HM the Queen warned during a state visit to Germany in June of this year, the division of Europe is in nobodies interests and certainly not that of her own kingdom. While a British exit is not going to lead to war, it would add to strains on an organisation which however imperfect remains with NATO one of the two pillars on which European politics and security have been built since 1945 and 1989.

David Cameron might want a UK exclusion from an ‘ever closer union’ but the UK will still face a choice as to what extent it wishes to engage in the EU’s ongoing integration. For Eurosceptics, integration threatens Britain’s sovereignty, democracy and allows EU immigration to put pressures on its population, meaning Britain’s security and stability would be better preserved outside the EU. At the same time, a British departure could allow the EU to unite more easily. One of Britain’s longest standing international aims has been to prevent any single power dominating the European continent. The EU would be a benign power compared to previous attempts, but such an outcome warrants careful consideration for UK national security.

If the first concern of any state is its own survival then the European debate and referendum could undermine the unity of the UK. The immediate concern here is Scotland where a vote by the rest of the UK to leave the EU while the Scots vote to stay could trigger another independence referendum. As last year’s independence referendum made clear, Scottish independence brings with it a host of costs for UK defence and national security, most notably over Trident. Northern Ireland might seem peaceful from the perspective of the UK mainland, but the peace process is under constant pressure and a Brexit could test it to breaking point. A decent into violence in the province should not be overlooked. Brexit could add to tensions within England. The one area of the UK that to many feels an increasingly different place is not Scotland it is London. An international metropolis that doubles as the UK and England’s capital, London has thrived from immigration and globalisation, much to the chagrin of some elsewhere in England and the UK.

Note: This article gives the views of the author, and not the position of BrexitVote, nor of the London School of Economics. Featured image: Copyright Pawel Kabanski and licensed for reuse under this Creative Commons Licence. 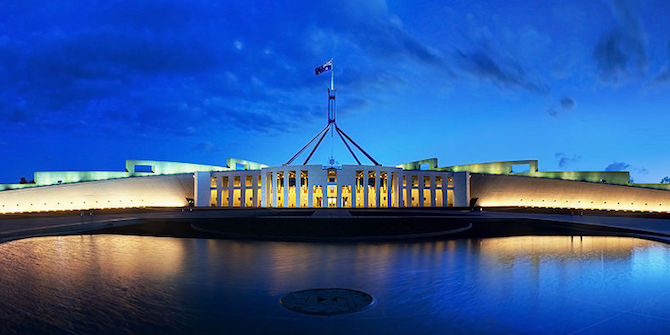 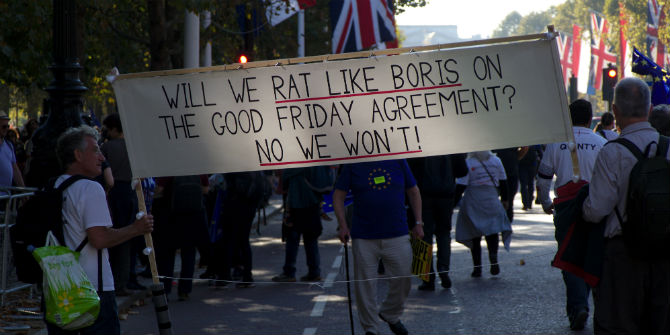