Don Flynn, the director of the Migrants Rights Network, says the free movement of workers across Europe is not only intrinsically desirable, but has benefited the UK. Nonetheless, the fact that many migrants are employed by industries that adopt a low-pay, low-value business model is cause for concern.

Migrants Rights Network doesn’t expect to be getting involved in the big questions of whether the EU overall has been good or bad for Britain, but we will be setting out our views on one issue that many think lie at the heart of this vexatious question: the right to freedom of movement.

The many and various treaties which have defined the European project since the 1950s onwards have all converged on the idea that a continent made up of nations working in partnership with one another could only be constructed around the principle of the free movement of the factors of economic production – capital, goods, services and labour.  No country that joined in with any aspect of the endeavours to create an economic community that would allow this flow of productive activity could ever have been in any doubt that they were signing up to a process that had the goal of complete freedom of movement as its objective.

How has free movement worked out for us all?  There are actually plenty of reasons for being disgruntled about the way the logic of the economic community has segued into the single market of the Maastricht Treaty, and after that into the peculiar beast which increasingly has the Eurozone as its central area of concern.  Europe is clearly an unhappy place at this point in time and the consensus right across the political spectrum is that it is in much need of reform.

But to what extent has the right of free movement of citizens contributed to the EU’s current predicament?  Is it really the case, as many of the most strident proponents of a vote to leave are proclaiming, as the best and most vital reason for the UK to sever this connection with the rest of the Union?

Their argument hinges on the fact that the recent waves of expansion of EU membership have driven migration between member states to unprecedented high levels.  Between 2001 and 2011 the population of the UK grew by three million people with two-thirds of this growth accounted for by positive net migration.

This is a lot of people and pessimists have felt justified in concluding that a negative effect is bound to show up in data about the displacement of native workers in the jobs market, widespread depression of wage levels, and unsustainable competition for public services and resources.  In fact, a decade and a half further on shows that this downbeat assessment of what is entailed by large-scale movements of people has not been borne out.

Far from provoking depression across the British economy, the prevailing view amongst researchers and analysts is summed by this conclusion set out in a paper produced by the Centre for Economic Performance at the London School of Economics:

This is not to say that all is well within an arrangement between states in which the migration of citizens is driven in large part by wealth imbalances and large differentials between economic performances.  In a single market which permits the uninhibited entry and exit of flows of capital seeking the highest rates of return on investment then the right to the movement of people is absolutely essential as a compensatory measure to allow people to get out of the poverty associated with un- and under-employment.

The people doing the moving are from the countries of the former state socialist bloc, whose lengthy period of adjustment to the rigours of market competition still shows up, 25 years after the collapse of the old regime, as harsh disparities in wealth and opportunity. And then there are the young people of Spain, Italy, Portugal, Ireland and Greece – the battered and bruised victims of the austerity measures imposed as a consequence of the sovereign debt crisis.

It is, quite frankly, cruelly wrong to regard the perfectly sensible and even laudable decision of these people to move away from poverty and journey towards regions where they have the chance to participate in the creation of wealth as the prime reason to vote to leave the EU.  In making these moves the migrants have done no harm to the places they have migrated to: on the contrary the record shows that the vast majority are rapidly integrated into the labour market where they contribute both as productive workers and as taxpayers.

What ought to be closer to the heart of our discussion about free movement is the way in which the labour of these individuals is being drafted into companies whose operations hinge on plans which have low pay and low value as their business models.  Whilst British politicians really have little to complain about when it comes to the effort and energy which migrants bring to the UK, the complaints about workplace unfairness and sheer exploitation that come from those young people who are trying to make their way in a new country certainly needs to be listened to more closely.

MRN is planning a lively intervention in the public debate about staying in or leaving the EU. Whilst leaving it to the informed judgment of voters to decide for themselves whether the UK is in or out, we do intend to counter the charge that any alleged detriment that is supposed to come from the exercise of free movement rights is the central issue of the day.  It isn’t, and you can expect to hear a lot more from us on this subject in the weeks to come.

This post first appeared at Migrants Rights Network. It represents the views of the author and not those of the BrexitVote blog, nor the LSE.

Don Flynn is the director of the Migrants Rights Network. 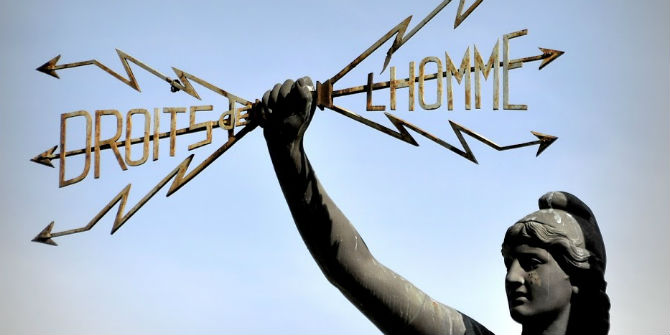 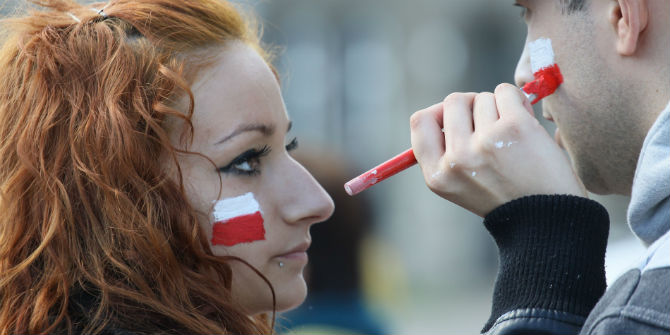