There is little doubt that in the case of a Brexit, the UK would still need to trade with other European single market countries, considering that about half of its trade in goods and in services is with them. Britain could therefore find itself in a similar position to countries signing up to the European Free Trade Agreement – being compelled to abide by the rules of the single market, but having no longer a say in how these rules are drafted. André Sapir and Guntram Wolff point at what they define as the UK’s ‘sovereignty myth’: by opting out of the union, the UK could in fact find itself with less sovereignty, not more.

Those who argue that Brexit would let the UK “take back sovereignty” overlook the impact of trade on domestic law-making. Even if the UK leaves the EU, it will continue to be subject to EU regulations as long as it trades with European countries, as the products or services it exports would have to meet EU rules. It would still belong to geographical Europe, and remain highly connected with the continent. Cutting trade ties altogether is not an option.

The benefits of the single market go well beyond standard trade agreements, which focus on reducing tariffs. At its core, the European single market project is about non-tariff barriers to trade, relating to standards and the application and interpretation of rules. These standards apply not only to products, but regulation on workers’ rights and health and safety.

Countries like Norway, Switzerland, Iceland and Liechtenstein, which are not in the EU but are part of the European Free Trade Association, find it crucial for their economic prosperity to belong to the same market, as over 50 percent of their total trade is with the EU. They agree to apply EU rules and usually accept the jurisdiction of the European Court of Justice. Membership of the European single market offers economic benefits, but it comes with a cost for the four EFTA countries: the rules of the single market are decided by EU members alone. The EU shares its single market with these countries, but the decision about rules requires approval by the European Council of Ministers and the European Parliament.

Non-EU countries have no say in that process. True, there is a difference between Norway, Iceland and Liechtenstein on the one hand and Switzerland on the other. The former accept all the EU Single Market rules, whereas Switzerland only accepts EU rules in some domains and negotiates bilateral agreements with the EU in others.

But the fact remains that the four EFTA countries are highly dependent on the EU single market because of geography. In reality, staying outside the EU gives them little or no autonomy in shaping its rules. The UK is, of course, a bigger and more influential country and would likely have greater leverage in negotiations than the EFTA four. The question is whether that influence would be bigger inside or outside the EU.

At the moment, being an EU member, the United Kingdom is a full participant in drafting EU single market rules that apply to the entire single market. It is not just one among 28 participants: with the EU Commissioner for financial services, the UK holds a key position in the decision-making process in an area of vital interest. More generally, the UK is second only to Germany in terms of top-ranking positions in Brussels. And while UK influence in the European Parliament has somewhat declined, especially since the withdrawal of the Conservative party from the European People’s Party (EPP), the UK still has significant clout.

Leaving the EU also would mean that the UK would have to negotiate bilateral trade deals with all the EU’s preferential partners (perhaps soon including Japan and the United States) if it wants to keep the same market access to these countries as it currently enjoys. Negotiating such trade agreements is a long affair. Since the turn of the millennium, the average time taken to conclude a trade agreement was 3.5 years in the U.S., 5.6 years in Canada and almost 7 years for the EU. Certainly, trade would suffer in that period.

In short, being a member of the EU gives the UK strong influence and the ability to exercise sovereignty at EU level. If it left the EU, the UK would face a choice between negotiating with the EU and the rest of the world about the terms of the trade agreements, or turning towards isolation. Isolation might mean “sovereignty” in some sense, but it would come at a high cost for a traditionally open economy like the UK. Continuing to trade with countries in Europe and elsewhere would require lengthy negotiations. Compromises in terms of regulation and product standards would be inevitable. Some would view this again as a loss of sovereignty.

Ultimately, pooling sovereignty by being a member of the EU is the best way to shape trade, inside and outside Europe, according to UK interests. It is simply a myth that leaving the EU would give back sovereignty in a meaningful way.

Note:  This article first appeared on EUROPP and was cross-published at Bruegel. It gives the views of the author, and not the position of BrexitVote, nor of the London School of Economics.

André Sapir is Senior Fellow at Bruegel. He is a Professor of Economics at Université Libre de Bruxelles (ULB) and a former economic adviser to the president of the European Commission. In 2004, he published ‘An Agenda for a Growing Europe’, a report to the president of the Commission by a group of independent experts that is known as the Sapir report. André holds a PhD in Economics from The Johns Hopkins University, 1977. He is also a Research Fellow of the Centre for Economic Policy Research (CEPR).

Guntram Wolff is the Director of Bruegel. His research focuses on the euro area economy and governance, on fiscal policy, global finance and Germany. He has joined Bruegel from the European Commission, where he worked on the macroeconomics of the euro area and the reform of euro area governance. Prior to joining the Commission, he was an economist at the Deutsche Bundesbank, where he coordinated the research team on fiscal policy. He also worked as an adviser to the International Monetary Fund. 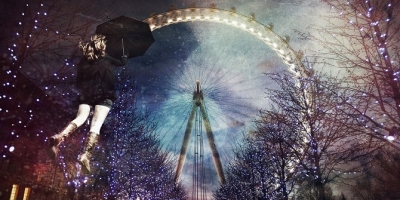