There are disturbing similarities between the Greek austerity referendum from 2015 and the upcoming British vote on the EU.  They are both exercises in a new kind of populism. Kevin Featherstone shows how in both Britain and Greece it is education and occupation which unite the voters who support this populism.

We are living in a new political climate in which key decisions are made on emotions, not facts; elites are distrusted to the point of identifying a conspiracy against the popular will; and, leaders are seen as making gross miscalculations in their national strategies.  The ‘people’ know better: they seek new leaders who acknowledge their innate good sense and innocence.

This new populism links the rise of Donald Trump with the new extremes in Europe.  But it also shows the parallels between the current referendum campaign in Britain and that in Greece last July.  The two referendum questions are different: should Britain remain in or leave the European Union; and should Greece accept a particular debt bail-out package.  But the nature of the campaigns is disturbingly similar, as are the demographics of who is supporting the new populism.

Last year, Greek voters rejected expert advice that risking ‘euro’ membership would have dire economic consequences.  Instead, they took refuge in an assertion of their own right to national sovereignty and identity.  In the British referendum, it is hard to find serious economists who argue that Brexit would lead to economic gains.  Instead, a whole array of international organisations (the IMF; OECD), the British Treasury, independent think-tanks, and yes LSE (Centre for Economic Performance) calculate the opposite.  In the heat of the campaign, this weight of evidence is brushed aside as unreliable.  More important than the economy, apparently, this is a tussle over values and priorities: Britain should be able to govern itself freely.

Similarly, on the toxic issue of immigration, all serious studies show that the impact on the British economy is either negligible or significantly positive.

Greek public opinion has been persuaded to regard their previous political class as a kleptocracy, conspiratorially engaged in corruption and perverting the national interest.  An excellently crafted new play at the National Theatre in London, ‘Sunset at the Villa Thalia’ written by Alexi Kaye Campbell, advances a similar historical narrative.  US intervention in Greece, and globalisation generally, has robbed the country of its culture and morals.  There is no popular culpability in her historical path.

Tory euro-sceptics are likely to see Britain having been duped into joining the EU on a false promise.  Max (Lord) Beloff, an eminent historian and Thatcherite, argued in a 1996 book that an elite conspiracy had led her deeper into ‘Europe’. Brexit campaigners appeal to an anti-establishment voter instinct: we shouldn’t believe what the mainstream says.

More particularly, the established leaders are fools and have grossly miscalculated the national strategy in relation to the rest of the EU.  SYRIZA leaders promised voters that Merkel and the rest would concede; as the party came to power, some 53% of voters in a GAP poll believed that she would back down.  Similarly, Brexit campaigners argue that the risk of exclusion from the EU single market is an illusion:  the rest of Europe needs to trade with a big economy like the UK, so the barriers will come down and we’ll get a better deal than have Norway or Switzerland.

With such populism, come statements that cannot stand up to scrutiny.  Pro Brexit leaders claim that the UK pays £360 million per week into the EU budget.  But, because Britain has a budget rebate, it doesn’t.  And no reference is made to other EU expenditure in the UK, such as that to farmers.  Again, the Leave campaigners assert that Britain would not be able to veto Turkey’s entry into the EU, though under the Treaties all EU states have such a veto power.

The voters supporting the new populism show some overlap between the British and the Greek cases.  The less educated, low-skilled, unemployed and the farmers and public sector workers supported the more radical option in both cases: no to the bail-out and no to Britain’s EU membership.  The biggest contrast is by age: in Britain, it’s the elderly taking the radical stance to exit the EU; in Greece, it was the young saying no to the EU bailout.  Interestingly, given that two out of three voters opted for Britain to stay in the EU in the 1975 referendum on the issue and now it’s the over 65s most likely to support leaving, many of those who voted ‘remain’ now intend to vote for ‘leave’.  But the most decisive split is by education and occupation.

This could well be Britain’s ‘Trump’ moment: a rejection of the mainstream political establishment and an assertion of populist nationalism.  The parallels with last year’s referendum in Greece are unnerving: after they’d voted, Greece ended up with a much worse deal than that they’d rejected.  The romanticism of the campaign gave way to the economic and political realities.  There is a warning here…

Note: This article gives the views of the author, and not the position of BrexitVote, nor of the London School of Economics. Image:Bibi Saint-Pol 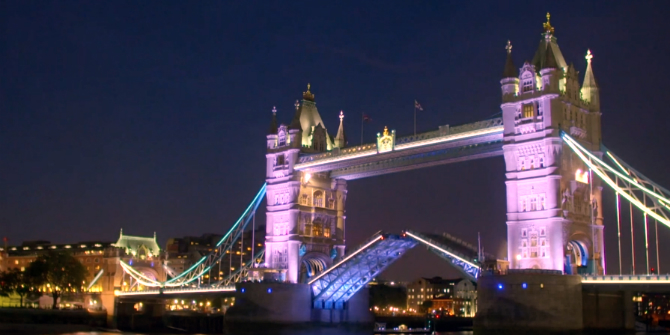 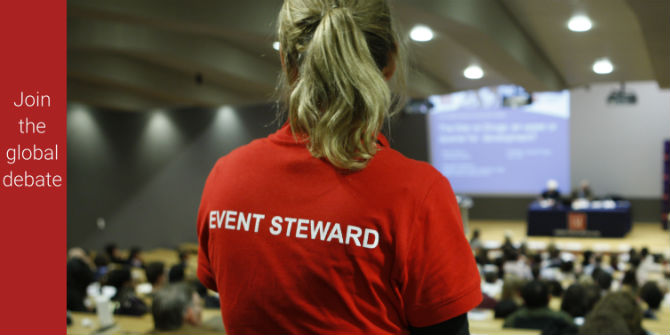