Wales voted leave by a margin of 52.5%. It is an interesting case study of how people voted against their own material self interest, to increase their precarity, and to become even poorer than they already are. Daniel Evans argues in this text that ‘turkeys voting for Christmas’ is an apt metaphor  for what happened. Before the referendum, he also predicted that that the EU could become a scapegoat for Wales’ massively alienated populace and that Wales could indeed vote to leave.

If nothing else, the Brexit vote, and its (increasingly visible) xenophobic underpinnings should finally put paid to the saccharine, nauseating myth of Welsh (specifically ‘valleys’) progressivism, as well as the equally ludicrous notion – which has always been a necessary adjunct to the ‘progressive South Wales’ myth – that Wales’ rural Welsh speaking communities (who voted remain) are parochial and racist.

For those of us who have actually grown up in the area and are not blinded by this rose tinted portrayal of (South) Wales, the result was less of a shock. South Wales, like the British Labour movement itself and many other former industrial areas, has always been underpinned by a latent British imperialism, which historically co-existed quite comfortably with the radical syndicalism, and later with social-democracy that Wales became known for. This reactionary element occasionally manifested itself in race riots (see here for another example) or in militant support for imperial wars but more often was simply implicit in voting Labour. Although Marx, Engels and even Lenin pointed this out consistently in their analysis of the British labour movement, it has always been ignored by the Labour intellectuals who serve as the gatekeepers of Wales’ official ‘story’.

This version of Wales – which has to be contextualised within the history of the British labour movement and the British working class more generally – may be unpalatable, but one cannot really understand the social conservatism and xenophobia which motivated the leave vote in working class areas without confronting the history of imperialism, not to mention the steady drip of nationalism (sometimes twee, sometimes overtly jingoistic) which permeates the British public sphere and media, from sports to music to beer adverts.

Why did Wales vote to leave?

There have already been many very strong analyses of why Wales voted to leave, so in this follow up piece I’ll simply return to my own predictions before reflecting upon what Brexit might mean for Wales’ future.

1) In my original article I said that Labour’s hegemonic dominance in Wales could potentially influence the result and bolster the remain vote, through their dominance of local councils, the media, etc. I was wrong about this: people stuck two fingers up at Labour. In the end, their local and national dominance counted for nothing. The result points to the actual fragility of Labour’s ‘dominance’. Whilst they are in control as long as people do not engage in politics, they have no influence over the legions of people in Wales who do not normally vote – the powerful force which helped swing it for the supporters of a Brexit. Turnout in Welsh Assembly elections has never risen above 50%, whilst the turnout for the referendum was 71.7%.

2) Next, I said the significant amount of in-migrants from England might bolster the leave vote, based on the historic preponderance of English-born people in the Tory vote in Wales and stats which suggested a similar over-representation within the UKIP vote in Wales. Whilst the relevant statistics have not come out yet, there will almost certainly have been a split in the English vote in Wales. Working class in-migrants to places like Denbighshire will have probably voted Leave, whilst cosmopolitan in-migrants and students from England almost certainly swelled the Remain vote in the counties of Ceredigion, Gwynedd and places like Cardiff- something I had not factored in. So whilst I wasn’t strictly wrong, I placed too much emphasis on the role of in-migrants in the Leave vote – the Welsh did not need votes of ‘the English’ to turn them into Brexiters.

3) I suggested that maybe the staggering amounts of EU money that have been spent in Wales’ poorest communities since 2000, made tangible through the ‘paid for by EU’ signs which dot the landscape, could potentially influence people’s views of the EU and remind them of its relative generosity when compared to the British state. This was wrong. These signs and other totems of EU benevolence, although now painfully prominent (to me at least), went evidently completely unnoticed by people or were simply ignored.

What was also significant when I spoke to people in Blaenau Gwent was that the people who did know about EU funding complained that it had been spent poorly. In my previous article I noted that much of the EU money had been squandered and spent on white elephants. But whilst some of the money was wasted,  much of the EU money has been spent on town centre improvements, buildings (and lately, precious infrastructure like roads). To me, these always seemed to be wise investments, but they ultimately seem to have been an irrelevance to the most deprived sections of society. What went wrong with Objective One spending? A ruthless, long overdue inquest about the previous use of EU money must now begin, and must absolutely influence what happens to Wales’ last, and therefore most precious tranche of funds.

4) I said that the democratic deficit in Wales, combined with grinding poverty, could contribute to the EU becoming a scapegoat in the eyes of the people. This, as we know, came true, and compared to this, all the other factors pale into insignificance. Frustration and alienation were the overriding emotions which contributed to the Leave vote in Wales. A depressed, angry and disenfranchised populace had their discontent channelled by a relentless and simple leave campaign, which transformed the vote from one about ’the EU’ into a general, catch-all protest vote against ‘the establishment’, as well as scapegoating immigrants.

5) I said before that Wales’ information deficit – the complete lack of a national media – would influence and underpin the campaign. This was the most easily predictable element. Of course, the Brexit debate in Wales had no Welsh angle. The limited Welsh media dedicated relatively little time to the referendum, but even if they had, it wouldn’t have mattered, such is the dominance of English focused news media. The narrative was about ‘British wide’ issues such as immigration, security. The distinctiveness of the Welsh policy context and the distinct ramifications for Wales in the event of Brexit (the importance of EU funding, for example) was not mentioned. When people said ‘our country’ they meant the UK, not Wales, conflating two very different entities. There was no way, in the end, to reframe the debate in specifically Welsh terms; no way of refracting the anti-EU bias of the English media; no way of channelling people’s anger away from a Leave vote.

The referendum again merely serves to underscore the debilitating effects of the absence of a Welsh public sphere. It was clear, for example, that many people in the deprived areas which voted Leave had no idea about objective one funding at all. They did not know that such a significant chunk of Wales’ overall income over the last 16 years has come from the EU; that their job might be funded by the EU, that their child’s free childcare centre is funded by the EU. People were scared about immigration in areas with the lowest levels of immigration in Europe because they were not told otherwise.

But we can pore over the how and why indefinitely. The important question now is not so much ‘why did this happen?’ but ‘what now for Wales?’, as the repercussions of this vote will likely be felt for generations.

Wales, already impoverished, is set to get even poorer. Carwyn Jones’ staggering incompetence in not having any plan for Brexit and not lobbying the British government at all prior to the referendum (apparently it was ‘too political’), means he did not obtain any guarantees about having this funding matched, and in all likelihood these desperately needed billions will not be replaced. Wales faces a Tory government shorn even of the faux ‘compassionate’ veneer of Cameron’s reign. Theresa May is not an ardent pro-devolutionist and will not care too much about the Barnett formula.

Constitutionally, Brexit will likely be the crisis which ultimately leads to the break-up of the UK. The political and socio-cultural gulf which exists between Scotland and England is now insurmountable.  With ‘indyref 2’ a very real prospect, former no voters have already begun signalling their intent to vote yes, unsurprisingly preferring the notion of an independent (quasi) social-democratic Scotland within the EU to the prospect of an isolated, Tory controlled UK. A union which survived wars, depression, strikes, Thatcherism, will finally be undone by the power struggle between two Etonian rivals.

The prospect of Scotland leaving the UK has huge ramifications for Wales. What might happen to Wales in a reconfigured, Scot-free UK?

The silver lining of the leave vote is therefore that it should – although I won’t hold my breath – prompt some soul-searching. It must trigger a national conversation in Wales about politics, the nature of devolution, our economic model, the media, and so on. For once, we have to think long-term about our future. The result has usefully illuminated many of the stubborn problems that a post-Brexit Wales – whatever its constitutional status – must confront and tackle. As Richard Wyn Jones points out, the reality is that the Leave vote demonstrates the failures of devolution. Had the leave vote not happened, it may well have been possible to continue to ignore these problems or gloss over them, as Carwyn Jones’ government is so adept at doing. No longer.

This blog represents the views of the author and not those of the BrexitVote blog, nor the LSE. Image Credit Julian Nitzsche CC BY-SA 3.0. 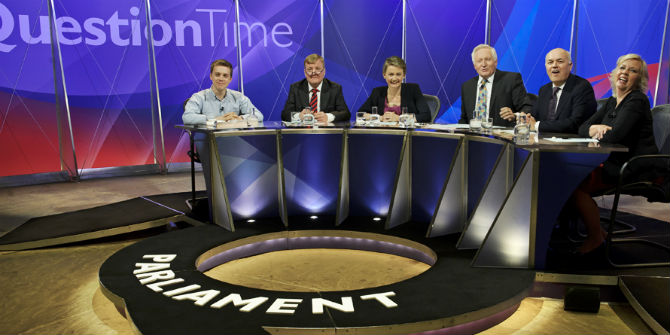 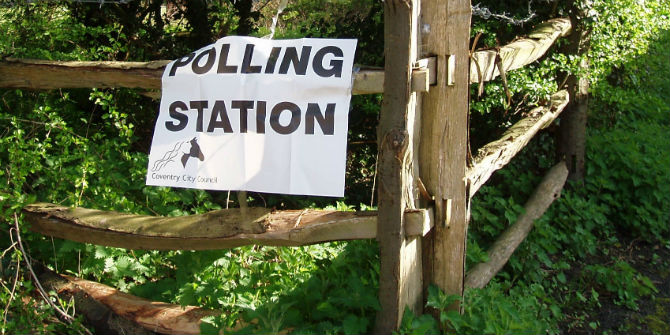 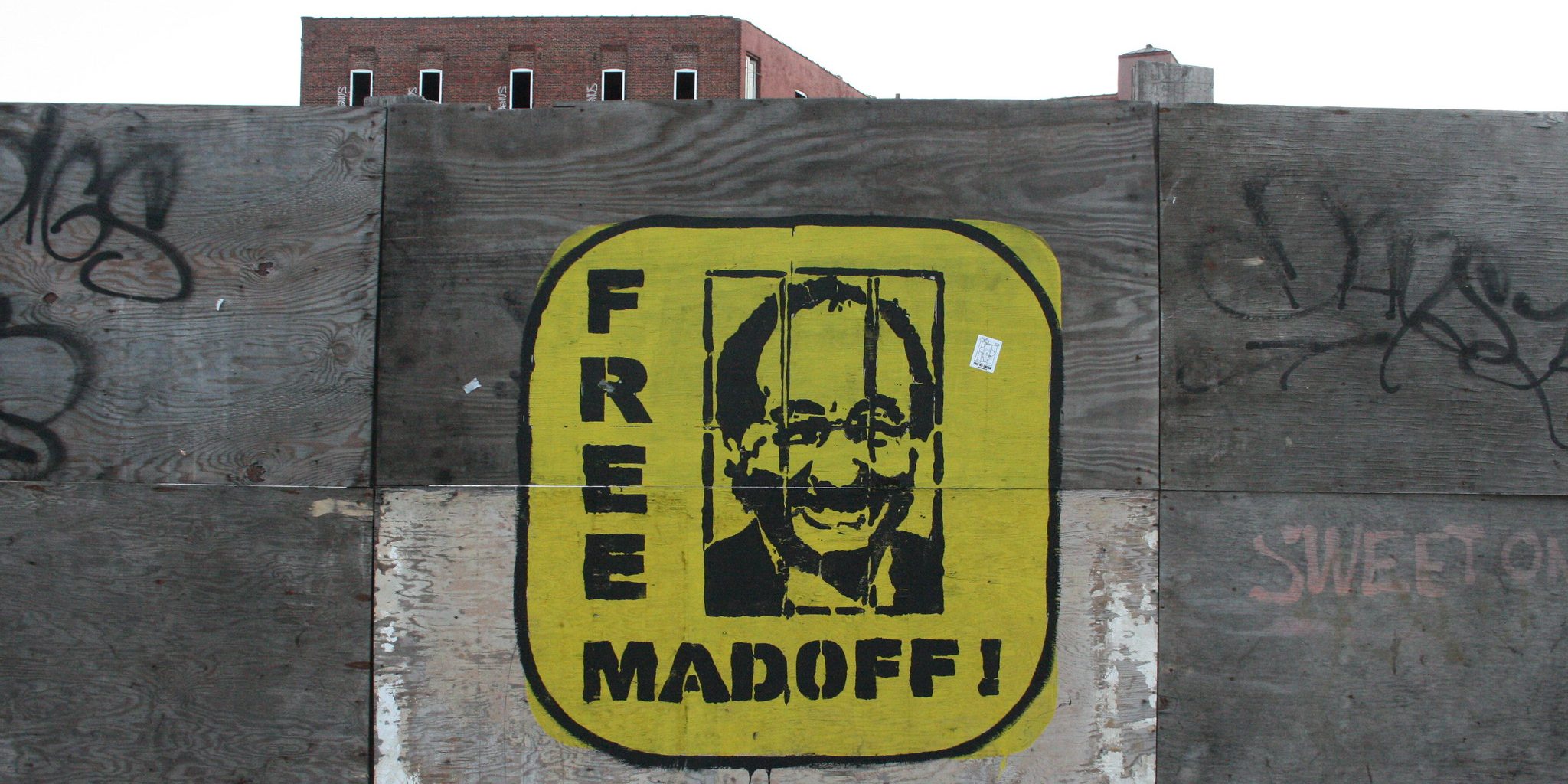 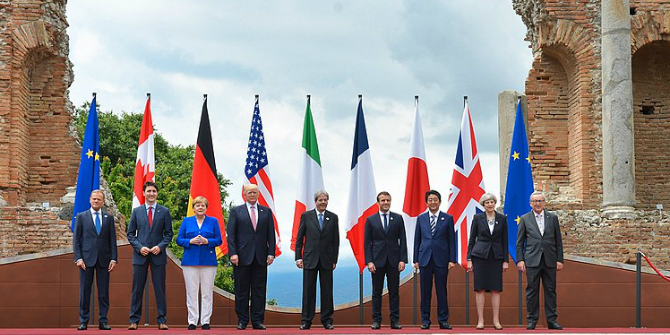