By 23 June, Vote Leave had 620.9k followers across its social media platforms, versus Stronger In’s 595.8k – or 51% versus 49%, not too dissimilar from the final result. Andre van Loon, Research & Insight Director at social media agency We Are Social, discusses the divergent social media strategies adopted during the referendum campaign. He adds that the fall-off in Brexit-related social media activity poses a challenge for researchers and social media analysts.

Now this is not the end. It is not even the beginning of the end. But it is, perhaps, the end of the beginning. – Winston Churchill

Strong social media campaigning was one of the most remarkable aspects of the EU referendum. The Westminster village is used to traditional newspaper and broadcast journalists, columnists, editors and – whisper it – proprietors. Nonetheless, a rising sophistication has been evident for some time: to influence people and win support, political parties and individual MPs need to set up Facebook, Twitter and Instagram accounts. My personal favourite is Winston Churchill’s grandson Nicholas Soames MP’s tweet: “Really sorry am huge supporter of our brilliant fashion industry but what is Chic, Elegant or even attractive about holes in trousers #moth”.

Keenly aware that the 2015 General Election saw considerable financial investment in social media, particularly by the Conservatives on Facebook, both the official Remain and Leave campaigns set up dedicated social media teams. Indeed, Britain Stronger in Europe and Vote Leave were highly active on Facebook, Twitter (and, to a lesser extent, Instagram) in the months leading up to the referendum.

Vote Leave gained superlative numbers of fans/followers. By 23 June (the day before the vote), it had 620.9k followers across its social platforms, versus Stronger In’s 595.8k. It is worth pointing out that if you combine those two numbers and take the percentages for both sides, this results in 51.0% for Vote Leave and 48.9% for Stronger In – not far off the referendum results: Leave – 51.9% and Stronger In – 48.1%.

Of course, I wouldn’t counsel a similar method in the future, but nonetheless, there may be a grain of truth in supposing social media has an edge over traditional polling methods (we don’t need to go into the reputational disasters pollsters have suffered in recent years). Note, by the way: if we take superior follower numbers to be an untroubled indicator of electoral success, we’re looking at a Trumpian future…

Furthermore, Leave clocked up a higher number of interactions (e.g. likes, comments and shares) – particularly in the 30 days leading up to the referendum vote. It gained 3.9m interactions, versus Stronger In’s 2.0m. This achievement can be readily understood: Leavers were challenging the status quo; many saw the referendum as a rare chance to rebel; and distrust, even distaste of the EU has been a feature of British politics for decades. By contrast, a certain complacency, or belief that the bottom would not fall out of their worldview, often dominated Remain’s campaign.

The rest is history.

To the media, Brexit is the gift that keeps on giving. Some four months after the vote, and after a spectacular reversal of fortune for David Cameron, George Osborne and others, Brexit remains front page news. We have a new Prime Minister and chancellor, a Brexit cabinet and a novel vocabulary: Brexiteers, Bremainers, Bremoaners and, thanks to Nick Clegg, Breniers and Brenial.

The argument goes on, sometimes in apocalyptic terms (one cannot help but feel the whole business is quite un-British), taking new forms virtually every week. Brexit is Brexit, according to Theresa May; Article 50 is held up as the ticket to freedom or pain; single market or international trade restrictions and opportunities are pored over; the SNP plays for time and a seat at the table; Parliament is reported to feel snubbed by the executive, despite the latter’s denials; and so on it goes.

However, although Brexit is a hot topic among politicians and journalists, you might well think the popular will to debate the matter has receded. You can still find scores of angry Remainers and impatient Leavers; you can get into a Brexit debate with a friend or stranger in seconds, if you so desire; but, I would contend, these phenomena are tiny splinters of a broken whole. You may hold that Vote Leave lied, or that Stronger In ran ‘project fear’, but the EU referendum saw the highest number of votes ever recorded for a UK election – and most of those voices are now silent.

Or at least they seem to be, based on the public information researchers can now access. Working in social media analysis, the run up to the referendum was a wonderful time – we could observe trends, advance hypotheses, argue a case, all based on thousands of data points – but such opportunities have now largely vanished. Brexit is still a topic in social media debates, and there are still social media accounts devoted to a single cause (e.g. those ran by UKIP), but there is no clear two-sided fight as there was between Vote Leave and Stronger In. Leave’s social media accounts can still be viewed online, but they have fallen silent since 23 June; and Stronger In’s have simply disappeared – no doubt deleted by an intern or junior staffer.

You could, quite rightly, argue that this relative silence is only natural. The people have spoken, and now it is up to the politicians to work out their will, and for journalists to report and comment on this. Vote Leave and Stronger In were recognised as campaigns, and people engaged with them on this basis. Now that the referendum has passed, most people have returned to their normal lives. Indeed, one can imagine seeing a gradual disengagement from both campaigns, had they stayed active post-voting day.

Alternatively, you might suppose that there is genuine disaffection with the way the social media campaigns have imploded. The referendum was an opportunity, afforded by David Cameron (who can regret at his leisure), for people from all over the country to talk to one another through social media, to engage with fairly singular official points of view, and to express themselves in new and highly visible ways.

Of the many reasons some now dislike Boris Johnson and Michael Gove (to name but two examples), their relative silence on positions they argued so strongly before the vote is surely key. Their erstwhile supporters miss their clarity and eloquent intention; their detractors shout in the wind.

Or perhaps people aren’t quiet in the slightest, but their voices are now dispersed far beyond the borders of the former campaigns. Brexit commentary and engagement is still as strong, or perhaps stronger than before, but simply harder to observe. Most Facebook activity happens within closed circles of friends, for example, and to track open social media conversations, one must first set the contours of what one expects to find. Keyword searches can be set using terms like ‘Brexit’ or ‘Article 50’, but the full debate may be taking different lexical forms altogether.

Then again, one mustn’t fall in the trap of thinking social media is the answer to everything. Working in London, and looking at social media attitudes, behaviours and actions on a daily basis, it can be easy to forget that some people have other ways of communicating. Yes, the referendum could be monitored in social media from London to Land’s End, Manchester to Motherwell. But that was quite a special time. Facebook, Twitter and Instagram are much quieter now, politically speaking, or perhaps they have moved on to observing Trump’s follies and Clinton’s travails. When it comes to Brexit, many may have given social media a rest, to speak of it instead at the school gates, in the supermarket, at work, over dinner or in the pub.

In other words, I can no longer say with certitude what Brexit means in social media. I can monitor and analyse aspects of it, without knowing to what extent these relate to a larger whole. Passionate intensity can be found in newspaper columns; intricate debates about ‘hard’ or ‘soft’ Brexit can be followed in authoritative media; I know what I know about my own friends and family (or at least, I think I do).

On the one hand, this state of affairs is annoying, and challenges my professional pride. What good is a researcher with limited access to reliable information and a surplus of hypotheses? On the other hand, the known unknown entices. Perhaps the British are naturally reticent; perhaps they are no such thing, but speak in ways it is difficult to evaluate; maybe we can come up with more sophisticated listening tools; maybe Brexit is of fluctuating concern for most ordinary people, and we won’t capture their thoughts on the matter, no matter how hard we try. Or perhaps, few of us know what to think or feel until the next big thing.

I don’t know, and probably cannot.

This post represents the views of the author and not those of the Brexit blog, nor the LSE. It first appeared at the UCL European Institute’s Britain & Europe blog.

Andre van Loon is Research & Insight Director at We Are Social, a social media agency. 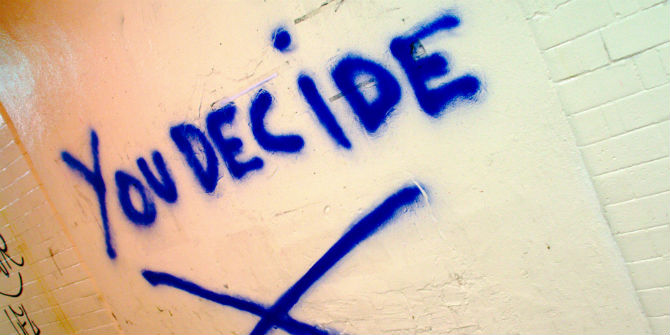 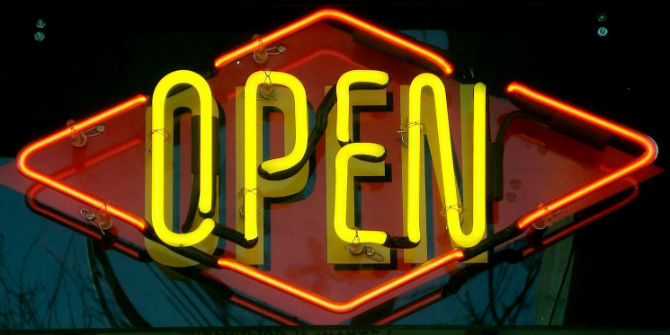