Paris, Frankfurt and Dublin are among the EU cities jockeying to oust London as the world’s leading financial centre. But Simeon Djankov says the real competition comes from Wall Street. That’s why it is in the rEU’s interest to ensure that if Britain loses its passporting rights – which allow financial companies to sell their services across the EU – they are replaced by another mechanism such as regulatory equivalence, which would perform the same function.

London accounts for 85% of the EU’s hedge fund assets, 78% of its foreign exchange turnover, 74% of over-the-counter interest rate derivatives, 64% of private equity assets and 59% of its international insurance premiums. Plus, 87% of the US investment bank employees who work on European finance live in London.

These are all reasons why London currently ranks first among global financial centres, ahead of New York and Singapore. The next highest ranked European city is Zurich in ninth place. Luxembourg is 12, Frankfurt is at 19, Munich at 27, and Paris at 29.

The point of these statistics is to state the obvious: politicians in the UK and the rest of the EU should be constructive about Brexit. If financial service companies move out of London, it is unlikely that many would relocate to another EU city. Financial centres outside of the EU would be more likely to attract the business because other EU financial centres rank so much lower.

Much has been made of the possible loss of “passporting rights” – which allow its financial companies to sell services across Europe – after Brexit. This covers a range of financial activities, including deposit taking, derivatives trading, loan and bond underwriting, portfolio management, payment services, insurance and mortgage broking. Data from the UK’s Financial Conduct Authority show around 5,500 UK firms rely on passporting to do financial business in Europe. However, more than 8,000 European firms rely on passporting to do business in the UK. So the European Commission has as much of an incentive to reach a deal on the free flow of financial services as does the UK government.

So far neither side has behaved constructively. Using belligerent language, the UK government prioritises control over immigration over access to the single European market. The responses from Europe are similarly rough. France’s president, François Hollande has been bellicose: “Madame May wants a hard Brexit. That means hard negotiations.”

But despite these publicly stated positions, top UK and European politicians must be aware that the pull away from London in several financial services sectors would be mostly towards the United States. For example, 112 companies from other EU member states were listed on the London Stock Exchange (with a market cap of £378 billion) in September 2016, out of 2,299 firms and a total market cap of £4 trillion. London attracts three-quarters of the EU’s capital markets activity. The main competitor is New York: there are 155 European companies listed on the New York Stock Exchange, valued at £3.36 trillion. Frankfurt and Paris pale in comparison in terms of market size.

Another example is insurance, where about 28% of London-based insurance activity goes to the EU. There is no single European market in insurance and the three largest continental European markets are dominated by local insurers: Axa in France, Allianz in Germany and Generali in Italy. Beyond these markets, US companies like Metlife and Prudential and Asian insurers like Nippon Life are the main candidates to increase their market share should Brexit disturb the status quo.

Several other financial service sectors may also look for a home away from Europe, for example Sharia-compliant central bank liquidity facilities, emerging markets wealth management, masala bond issuance, private equity, green finance and fintech. In private equity Vienna may attract some firms focused on Eastern Europe, while Berlin may attract firms investing in Central Europe. The remaining business will likely head to Asia, Dubai or New York. Both the UK and the EU would lose from this.

Both the UK government and the European Commission could be more forthcoming in the coming negotiations than they have been to date. To keep its passporting rights, the UK would need to remain in the European Economic Area (EEA) – the trading club that includes the European Union, Norway, Iceland, and Liechtenstein.

If the continuation of passporting is not possible due to restricted movement of EU citizens, the UK may ask for something called “regulatory equivalence”. This is where the EU allows companies based outside it market access on the condition that their rules and oversight of financial services are as stringent as the EU’s. This should not be difficult for the UK: it already has the exact same regulation as the EU. If UK regulation rapidly diverges, however, equivalence will create uncertainty as it can be withdrawn by the EU at a later stage.

So there are options available to make the coming Brexit negotiations constructive. Such an approach will ultimately benefit both UK-based financial institutions and European companies and consumers seeking financial services. To achieve such benefits, less grandstanding and more attention to detail is needed.

This post first appeared at The Conversation. It represents the views of the author and not those of the Brexit blog, nor the LSE.

Simeon Djankov is Executive Director of the Financial Markets Group at the LSE. 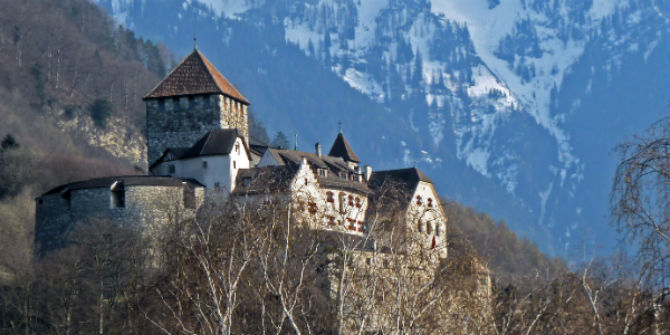