Eurosceptics have long had the European Court of Human Rights in their sights. Soon the EU Charter of Fundamental Rights is likely to disappear from the UK’s legal landscapes. Tobias Lock and Tom Gerard Daly argue that Brexit will make it easier for Eurosceptics to achieve their aim of replacing the Human Rights Act with a British Bill of Rights – potentially weakening human rights protections – even though the devolved legislatures present an obstacle to these plans.

Euroscepticism – usually framed as an argument from national sovereignty – was an important driving force behind Brexit, but also serves as a key motivator behind efforts to reform domestic human rights law. Calls to ‘scrap the Human Rights Act’ (HRA) and to replace it with a British Bill of Rights (BBR) are usually accompanied by calls to curtail the power of the European Court of Human Rights and to make British judges the ultimate arbiter in human rights matters (again). The connections between Brexit and human rights reform are not confined to these common ideological roots, however. Brexit has profound consequences for human rights reform in both substantive and procedural terms. These are the findings of a new research paper edited by the authors of this blogpost and based on the proceedings of a workshop held at Edinburgh Law School in the autumn of last year.

In substantive terms, Brexit will likely lead to a weakening of the human rights framework in the UK and to a reduction in the number and intensity of rights protected. This is mainly due to the likely disappearance of the EU Charter of Fundamental Rights from the UK’s legal landscape. While the Charter mirrors the rights in the HRA, it goes further by including updated versions of ECHR rights – most notably the right to data protection –and numerous social provisions (although many of these must be classed as mere ‘principles’ relevant for the interpretation of acts implementing them and for ruling on their legality). Moreover, the loss of the Charter will result in diminished human rights protection.  In this context it should be noted that the Charter only applies where a Member State is acting within the scope of EU law.  But where it does apply, it comes with the full effect of EU law, i.e. national courts of any rank in the hierarchy must disapply national measures including statute if the measure runs counter to one of the rights guaranteed by the Charter (for an illustration see this blogpost on the Benkharbouche case).

A further point to note in this context is that Brexit will remove potential obstacles to a withdrawal of the UK from the ECHR.  While the argument that EU membership requires a state to remain signed up to the ECHR has not been authoritatively confirmed, Brexit will make this a moot question, at least as far as the UK is concerned.  In light of this, reports that the Conservative party intends to include ECHR withdrawal as a promise in the 2020 General Election manifesto suggest that the UK is likely to find itself outside the ECHR before too long.  Such a step would further weaken the UK’s human rights framework and pave the way for far-reaching domestic reforms with the introduction of a BBR.  In addition, it could lead to an unravelling of the ECHR system as a whole by prompting other states to rush for the exit.

The legal process of Brexit will also be instructive for the process of human rights reform.  A key issue in this regard is consent, in particular the consent of the devolved legislatures. The litigation in the Miller case provided an important testing ground for many of the arguments relevant in this regard. As far as the Sewel Convention is concerned, an important question regarding the whole package of ECHR withdrawal, repeal of the HRA and introduction of a BBR, is whether this could trigger a legislative consent motion. The argument in this regard would need to be based on the fact that domestic human rights reform would lead to an alteration in the powers of the devolved legislatures, which in light of their obligation to not legislate in a manner incompatible with the ECHR, can plausibly be made. In Miller the Supreme Court decided that the question whether the alteration of the powers of the devolved legislatures triggered the need for a legislative consent motion was non-justiciable, leaving it up to politics to resolve. One can therefore expect that demands for an involvement of the devolved legislatures in the process of human rights reform will loom large as soon as this issue is back on the political agenda.

Further consent may be required under the Good Friday Agreement. It is underpinned by an international agreement with Ireland and, as a central commitment, obliges the UK to incorporate the ECHR into Northern Irish law – a commitment currently fulfilled through the HRA. Would changes to this situation, in particular a withdrawal from the ECHR, require the consent of Northern Ireland and possibly even of Ireland?

Brexit therefore brings to the fore the complexities of the UK’s constitution. These complexities – with possible layers added due to Brexit over the next couple of year – will almost certainly re-emerge when human rights reform is put back on the political agenda. The research paper introduced in this blog ost offers a clear and concise insight into some of these issues.

This post represents the views of the authors and not those of the Brexit blog, nor the LSE. It first appeared at the UK Constitutional Law Association blog.

Tobias Lock is a Senior Lecturer in EU Law and Co-director of the Europa Institute, University of Edinburgh

Tom Gerald Daly is Associate Director of the Edinburgh Centre for Constitutional Law and Senior Consultant at the Council of Europe. 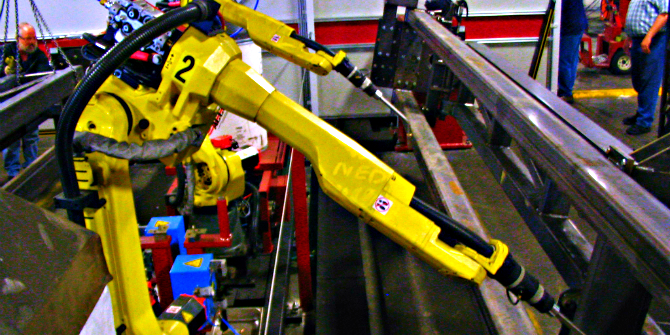 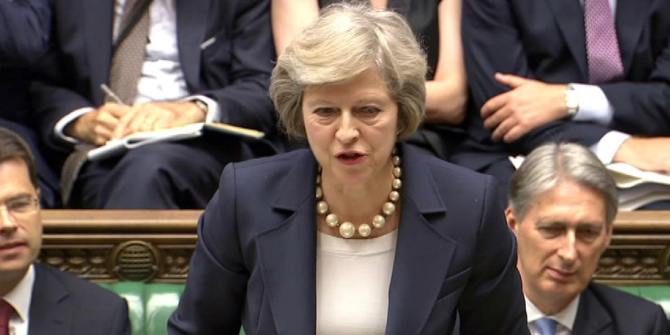