Are we heading for a softer Brexit after the Conservatives’ electoral setback? Piers Ludlow (LSE) doubts it. There is little to suggest voters were warning Theresa May off a hard Brexit. The Cabinet reshuffle is unlikely to tip the balance, and even if she returns from Brussels with a softer deal it is far from clear that Labour would back it.

Holding a general election just over a week before the Brexit negotiations were due to begin was always a slightly strange and risky idea.  It now looks laughably unwise.  But while the personal rebuff to Theresa May and the damage to her standing is very clear, what is far less evident is what, if anything, this electoral outcome changes as far as Brexit is concerned.

There are three main scenarios in which Britain’s difficult and possibly acrimonious divorce from the EU could take a different course. All three remain possible, but none are certain and evidence for two of them is pretty thin. It is nonetheless worth looking at each in detail.

The first and most positive scenario – from a Remain perspective – but also the most unlikely, in my view, is that the election setback might be seen as a public repudiation of the hard Brexit approach. As such, it would be interpreted by May (or any potential Tory successor) and by the Conservative Party more broadly as a warning shot across the government’s bows. It would serve as a reminder that there may have been a narrow majority for Leave but there was little evidence of a majority for a hard Brexit.

Sadly, I’m not sure the election can be convincingly read in this fashion, despite a few pieces of evidence that could be spun towards such a conclusion.  And I’m even more certain that it is not being read in this way by those who are likely to matter most – namely May, her party and those who support her.

Superficially, it would be tempting to believe this interpretation. May called the poll, after all, in order to increase her majority and to gain a convincing mandate for the confrontational and presidential manner in which she planned to approach the Brexit talks.  She did not get such a mandate.  On the contrary, she was humiliated at the polls and her personal authority has been greatly diminished.  Ergo, it might appear, her Brexit policy was also decisively rejected.

Yet I don’t see much evidence that Brexit was the main reason why voters deserted May. Rather, the Tories failed to enthuse and mobilise their support as much as they had hoped and expected (although May still received more votes than Cameron in 2015, it is worth recalling), and, more importantly, they failed to prevent Jeremy Corbyn from enthusing the Labour ranks and winning over the young in particular with his vision of a fairer, higher-tax and higher spending Britain.  But little of this had much to do with the EU.  On that, both main parties were hopelessly vague.  May talked about Brexit incessantly, but said next to nothing substantial, other than trying to persuade voters that she was the negotiator that Britain needed and that Corbyn was totally unsuited to the role.  Corbyn, by contrast, avoided the subject almost entirely.  Instead the Tories were put on the defensive over social policies, where their offerings were perceived as mean-spirited and uncertain (the dementia tax debacle), whereas Labour’s offered a more optimistic vision.  The only tangentially Brexit-related factor that really seems to have mattered is that May’s poor campaign entirely destroyed any claim she had to be the strong and credible leader which Britain needed as the Brussels talks began.

Corbyn, by contrast, substantially outperformed the very low expectations which many had of him when the campaign began, and did not fall victim to the attack dossier about his colourful and politically questionable past.  But even this personal authority issue, while often discussed in relation to Brexit, was as much about the way in which the two party leaders would run the country and act on the international stage more generally, rather than related to the way they would handle the EU27.  Europe has rarely been the most salient issue in voters’ minds in British general elections, and 2017, despite the Brexit election tag which is was sometimes given, does not strike me as different.

In short, the result was not the personal endorsement May had hoped for.  But it is hard to see it as being a clear-cut message about Europe – and it is not being interpreted as such in government, in the Conservative Party or in the media. Most of them are still locked into a mindset based upon entirely unrealistic expectations about the relative strengths of Britain and the EU, and therefore view the approaching negotiations as the moment when a triumphant Britain turns the tables on its continental neighbours (who are on the road to disaster anyway) – and secures either a highly beneficial deal, or a clean break which will open up countless mouthwatering prospects.  The election outcome has not really dented such hopes – all it has done is open up greater doubts than before over whether May is the right person to be allowed to lead Britain’s negotiating troops into this glorious anticipated victory.

The second possible scenario in which the general election might affect the Brexit negotiations would be if it altered May’s own stance, the team that surrounds her, and the balance around the cabinet table. Here there are a few encouraging signs.  The Prime Minister herself, if she retains her job, will almost certainly have to behave in a less aloof manner.  This could make her a little more receptive to realistic advice about the balance of power in the Brussels negotiations, although whether there are enough such voices within Whitehall or Westminster any longer must be open to doubt.  Nick Timothy and Fiona Hill’s departures may also help, particularly if some of their role may now be taken by Damian Green.  And Philip Hammond’s survival as Chancellor means that there will be a constant cabinet-level reminder of the economic risks that a hard Brexit deal would entail.

More generally, a weaker PM will be less able to go on riding personal hobby horses.  Her refusal to exclude foreign students from the immigration numbers may now be dropped.  But such is the balance within the Cabinet that I don’t necessarily see a move towards more collective decision-making as helping the soft Brexit cause.  Michael Gove’s return, for instance will ensure a highly articulate and forceful voice in favour of the type of hard Brexit which David Davis, Liam Fox and Boris Johnson support.  A weaker PM more dependent on Cabinet backing might actually be worse for those hoping for a soft Brexit.

The third optimistic scenario (from a Remain perspective) is that the new Parliamentary arithmetic will oblige May to take a more cautious approach to the negotiations. This strikes me as the most plausible of the three.  After all, the DUP line on Brexit is encouragingly soft.  Similarly the newly elected Scottish Tories may boost the dwindling ranks of those within the Conservative Party prepared to take a less than Europhobic line.  And it is not beyond the bounds of possibility that May might be tempted to do a deal in Brussels which would be rejected by the Eurosceptic ultras within her own party, but which might be able to secure support from the Labour Party and even the SNP.  As a minority government, May will have to look beyond her own party in order to secure the parliamentary backing for any deal done, and in doing so she could, if she chose, seek to build a basis for support that isolated the hardliners in her own ranks by obtaining support from across the floor.

Nonetheless, this may be over-optimistic. How many of her own party could a diminished May persuade to back a soft Brexit deal, especially one dependent on opposition votes?  The depth of anti-European sentiment within the Conservative Party, especially at its grassroots, is such that any MP who took this course would be in danger of incurring lasting resentment from the party organisation, the activists and their constituency – to say nothing of many of their colleagues.  And they would be rallying around a PM who is unlikely to be leading the party at the next election.  It is thus a risk that only the genuine pro-Europeans within the party – of whom relatively few remain – are likely to take.  Nor does it seem likely to me that Labour will necessarily extend a helping hand to May.  Labour’s position on Brexit is still pretty opaque, but is probably somewhat ‘softer’ than that of most of the Conservative Party.  But whether their convictions on the matter are strong enough to persuade them to vote with May rather than seize an opportunity to defeat the government and thereby potentially precipitate its fall is another matter entirely.  I have my doubts.

I struggle to read the electoral outcome in a very optimistic fashion.  It is a setback for May and for the Conservatives. It will almost certainly lead to a weaker and more unstable government.  And it is likely to prolong indefinitely Corbyn’s position as the leader of the opposition. But evidence it will change the manner of Brexit is hard to discern.  I’d love to be proved wrong; but I have a feeling that I won’t be. 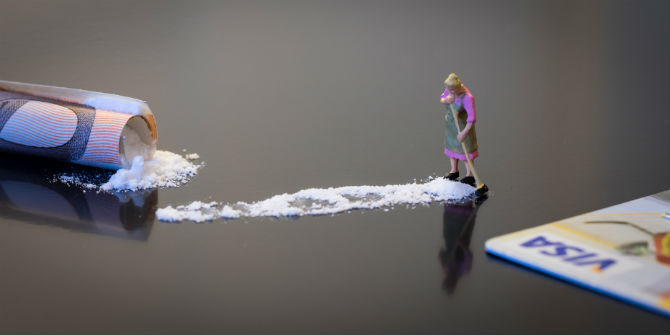 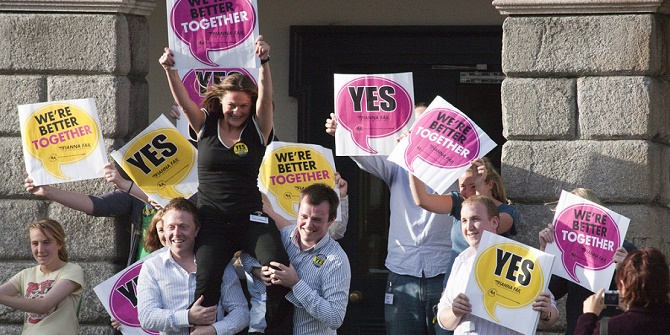